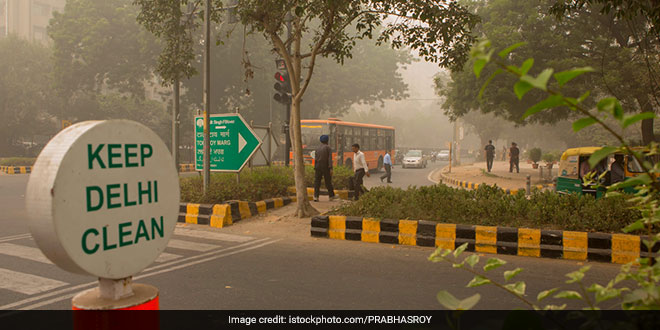 The air quality is likely to improve further on the back of stronger winds from Thursday (November 3), forecasters said

New Delhi: Delhi’s air quality improved marginally on Wednesday morning owing to relatively better meteorological conditions, with the Commission for Air Quality Management (CAQM) saying there is no immediate need to implement curbs, such as a ban on the entry of trucks and a closure of educational institutions, under the fourth stage of the Graded Response Action Plan (GRAP). The air quality is likely to improve further on the back of stronger winds from Thursday (November 3), forecasters said.

The national capital recorded a minimum temperature of 15.5 degrees Celsius, a notch above normal, and a wind speed of around 8 kmph in the morning.

The slight improvement in the air quality was evident from the better visibility levels (1,500 metres) at the Palam and Safdarjung airports at 9 am. The Air Quality Index (AQI) of the city stood at 376 at 9 am. The 24-hour average AQI was 424 at 4 pm on Tuesday, the worst since December 26 last year when it was 459.

An AQI of above 400 is considered “severe” and can affect healthy people and seriously impact those with existing illnesses.

According to the Energy Policy Institute at the University of Chicago’s (EPIC) Air Quality Life Index (AQLI) released in June, the residents of Delhi stand to lose 10 years of life expectancy due to poor air quality.

With the pollution levels worsening, the CAQM had, on Saturday, directed authorities to impose a ban on construction and demolition activities in Delhi-NCR, barring essential projects, and other curbs under the third stage of the GRAP. First implemented in 2017, the GRAP is a set of anti-air pollution measures followed in the capital and its vicinity according to the severity of the situation.

This year, curbs on polluting activities are being imposed three days in advance, based on forecasts.
Earlier, the authorities would implement the measures only after the PM2.5 and PM10 concentration touched a particular threshold.

The next stage in the “severe plus” category, or the fourth stage, can include steps such as a ban on the entry of trucks into Delhi, allowing 50 per cent of the staff in public, municipal and private offices to work from home, a closure of educational institutions and the plying of vehicles on an odd-even basis. However, a CAQM official told PTI that there is no immediate need for implementing the curbs under the fourth stage as forecasts suggest an improvement in the air quality in the coming days.

The official said the sharp increase in the AQI over the last five days has “more to do with meteorological and external factors”.

It is more about meteorology — stagnant winds and relatively low night temperatures in October this year. The wind direction is changing continuously, so the net result (dispersion) is zero. This is evident from satellite images too. The forecast is that the air quality is going to improve over the next few days and the CAQM will keep evaluating the situation constantly, the official said.

At a review meeting with senior Delhi government officials, the commission suggested that they intensify the measures to control dust pollution and increase the frequency of the service of water sprinklers and anti-smog guns.

Since construction is banned for now, the city government can utilise the anti-smog guns and sprinklers available with these agencies, the CAQM official said.