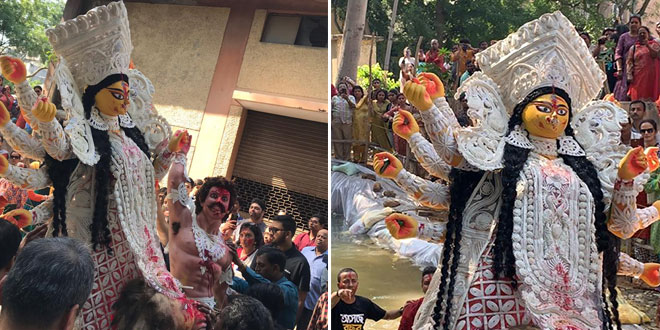 New Delhi: Devotees in the national capital bid adieu to Goddess Durga in an eco-friendly way by immersing the idols in the artificial ponds instead of the Yamuna. The artificial ponds in the national capital have been made at various puja venues by the government and civic agencies. According to the South Delhi Civic Officials as many as 116 ponds have been created in Delhi for Durga Puja. This year, the government has also imposed a strict prohibition on immersion of idols in the Yamuna ghats in adherence to observations made by National Green Tribunal-appointed committee last month. A fine of Rs 5,000 has been imposed for violation of idol immersion rules. 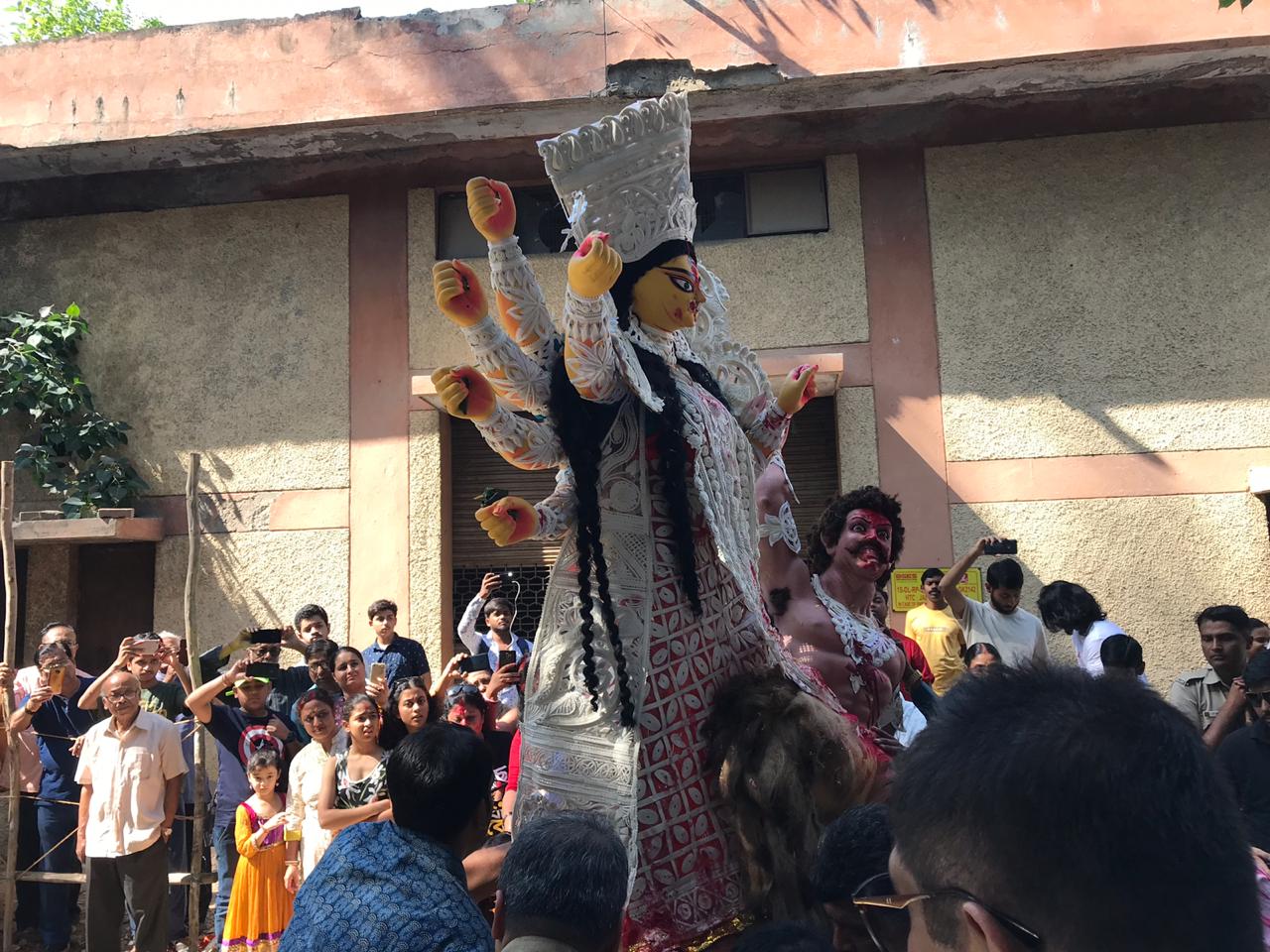 Durga Puja 2019: This time, devotees in the national capital bid adieu to Goddess Durga in an eco-friendly way by immersing the idols in the artificial ponds

NDTV went to Chittaranjan Park, which is also known as mini-bengal to take stock of the immersion process in the city and how it is being implemented. Sharing her experience of the immersion, 25-year-old devotee at Block B, CR Park told NDTV,

This is the first time, we are experiencing the eco-friendly immersion and breaking away from the traditional practice of immersing the idols in the Yamuna. It was a much-needed step and we are happy to see all the Durga Puja committee members coming together to make this green change. 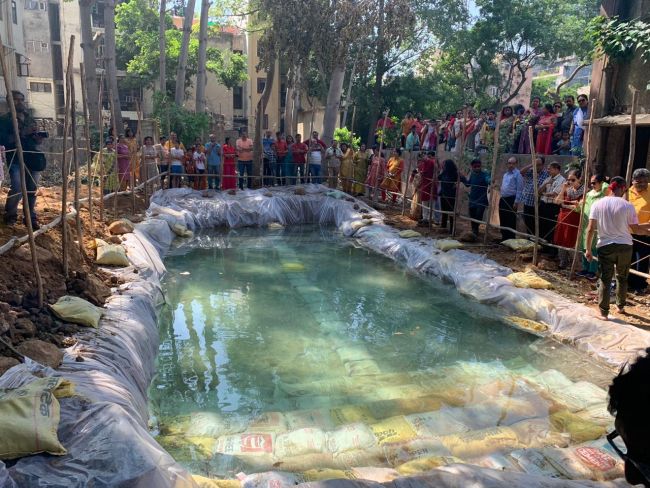 Devotees waiting to say goodbye to Goddess Durga at Block D, CR Park in New Delhi by the artificial pond

Everything about this year’s Durga Puja was an eco-friendly affair, so we also had to bid adieu to Maa Durga in a green way. Festivals do not mean we harm the environment, with this thought we will immerse the idols that are made from mud in this artificial pond. 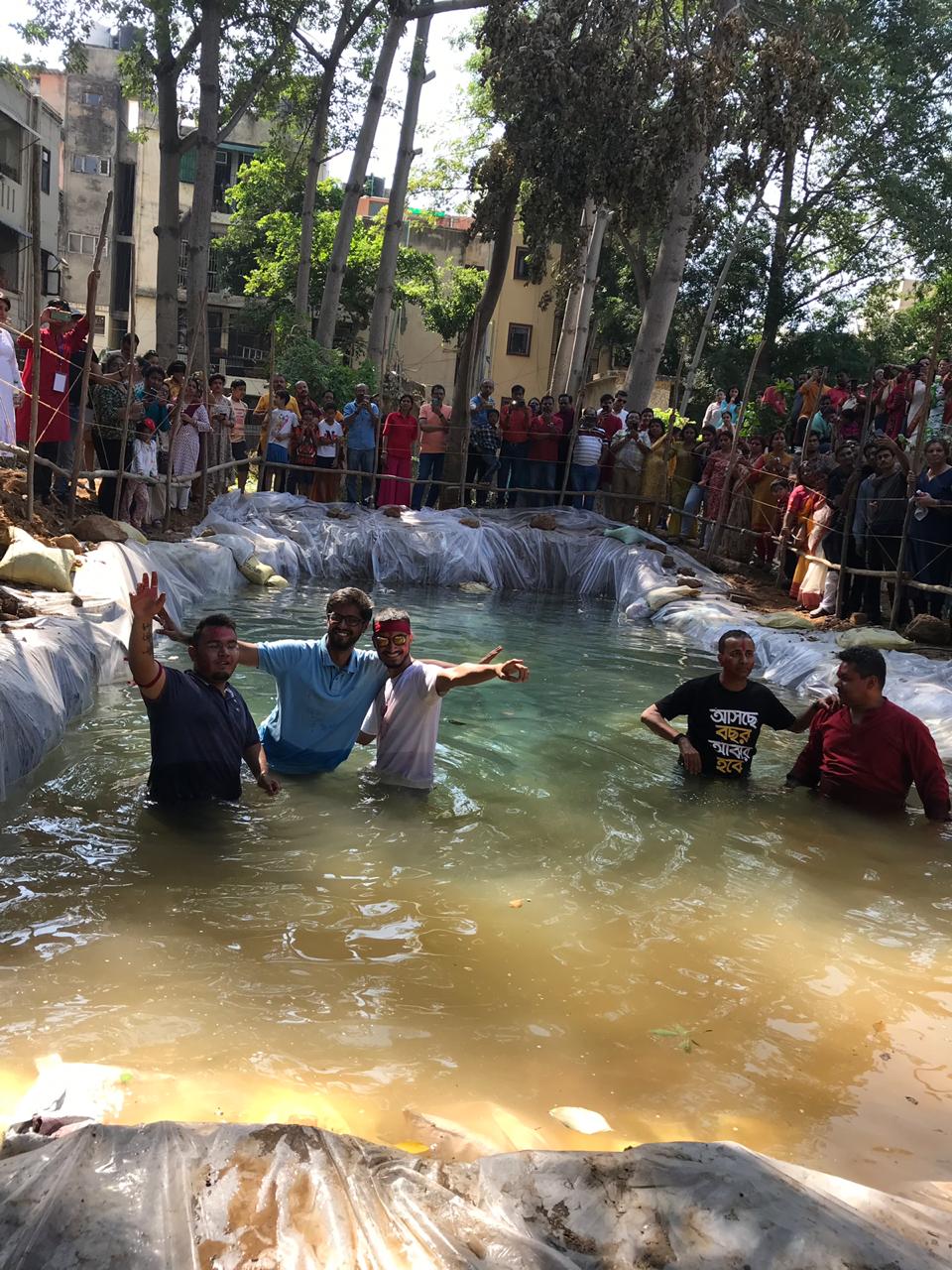 Devotees gearing up for the for idol immersion in a greenway at CR Park, Delhi

At Block D, CR Park, the 8,000 cubic feet capacity artificial water body was dug up by the Delhi government for immersion of idols this year. Explaining the process of the immersion, Mr Choudhry said,

We have placed plastic sheets inside the pond to stop percolation of water and an embankment has been created in the peripheries of the pond – leaving one side open, so that idol can be immersed from that side. Once the idol is immersed in this pond in a few hours it will dissolve automatically as all the idols this year have been made using mud. Once the idols are dissolved, we will take out the plastic sheet and cover the area with more mud.

The idols are also made using eco-friendly paints and no ornaments or accessories are there which are not bio-degradable. Everything was planned in a green way only. 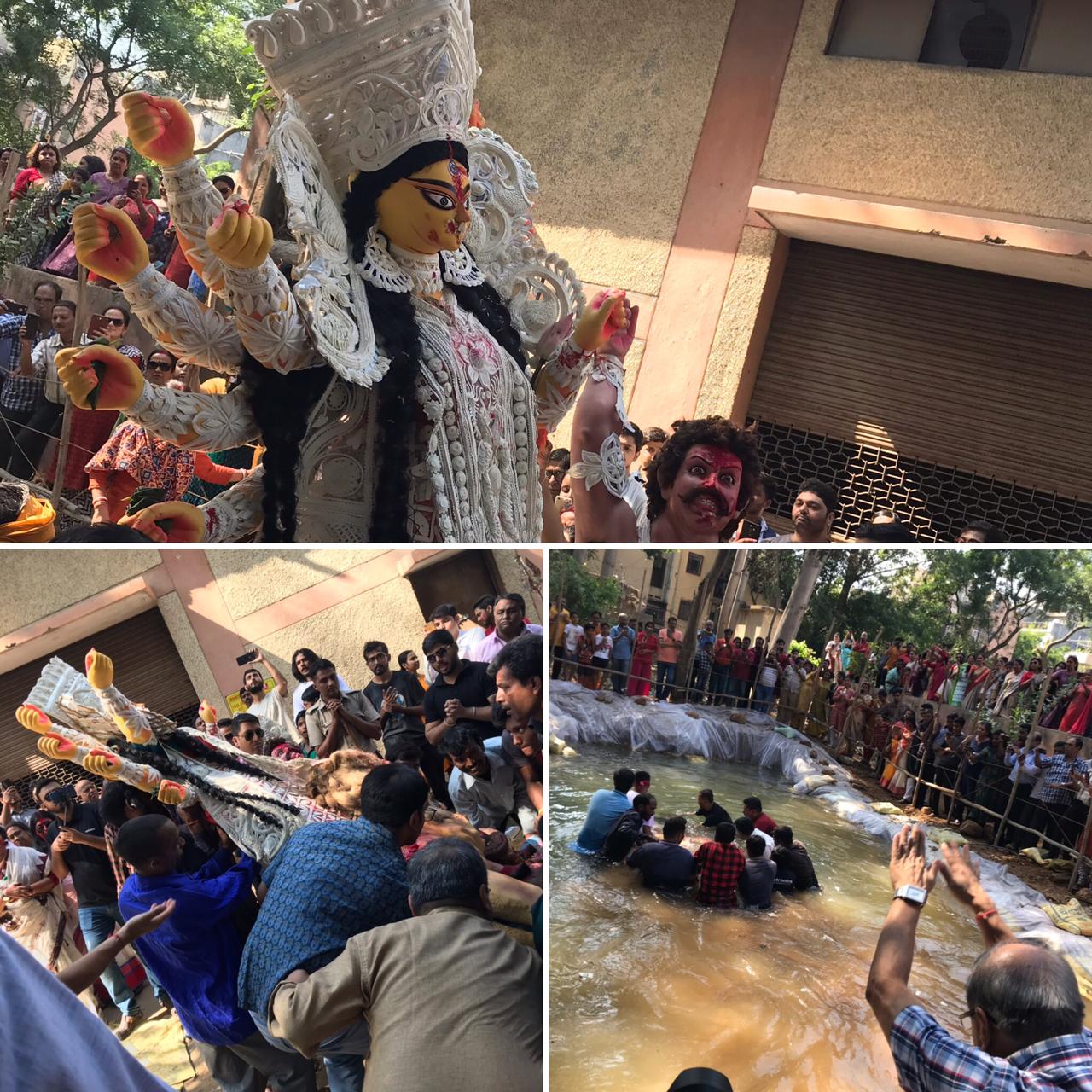 At Mela Ground, CR Park, explaining the artificial pond process one of the committee members added,

Here all the idols are made using bio-degradable materials, which when immersed will get converted into manure. The idols will get fully dissolved in the pond in a few days and then we will cover this pond with concrete. We will also distribute or use the mud in which Goddess Durga has decomposed within our societies. 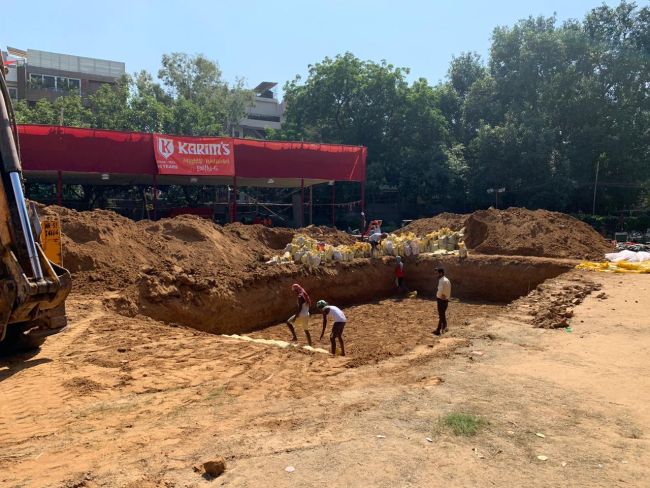 An artificial pond being setup at Mela Ground, CR Park in Delhi for a green idol immersion

He further said that this is the first time we are experimenting with the artificial ponds and from next year onwards the process will be a lot smoother. He also added, “All pandals artificial ponds are different in terms of length, breadth and depth – the dimensions. In some pandals, idol immersion from two blocks are happening whereas in some only one pandal immersion is happening.”

All the Durga Puja committee members were in touch with multiple stakeholders, which includes the district revenue officers, irrigation and flood control, Delhi Jal Board (DJB), power, public works department, urban shelter board and health, other than the DDA, civic agencies and Delhi Police. The major part of our job this time was to make sure that the pandal is as eco-friendly as possible including the smooth immersion process. The government officer for each of their jurisdictions chalked out the plan and schedule of immersion in the city this time and the pandal committees were informed accordingly. For example, our committee immersion time was at 2pm today whereas Block E Pandal which will use the same artificial pond for immersion time is at 4pm today.