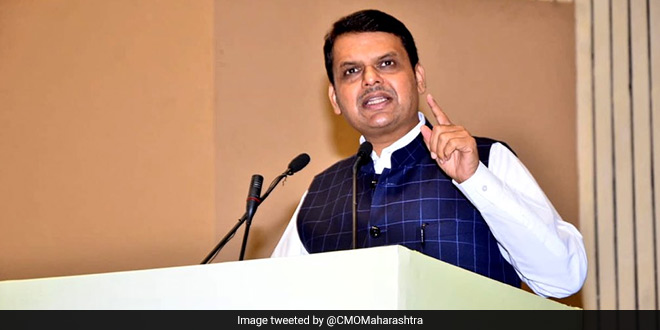 The toilet coverage in the state’s rural areas has gone up to 100 per cent from a mere 49 per cent four years back, when the Swachh Bharat Abhiyan had begun in October 2, 2014. The Chief Minister said that such an achievement in just over three years shows that the state had taken to Swachh Bharat Abhiyan with utmost seriousness from day one. Maharashtra’s performance in on the sanitation front has been impressive with both urban and rural Maharashtra being declared open defecation free (ODF).

The Maharashtra Chief Minister also gave updates on several of the state’s sewage treatment projects. The Bhandewadi sewage treatment plant (STP), which started operations in December 2016, has capacity of treating 130 million lakh cubic litre per day of sewage, said Mr Fadnavis. The project would soon move into its second phase during which an additional capacity to treat 150 million lakh cubic litre per day would be created. The STP was also generating 11.5 megawatt of electricity from 900 metric tonnes of waste, said the Chief Minister.

While focusing on how positive energy & people’s contribution can do miracles CM @Dev_Fadnavis spoke on success of #SwachhBharat Abhiyan (Maharashtra built 60 lakh toilets in just 3 years against the 50 lakh since independence) & #JalYuktShivar (making16,000villages drought free) pic.twitter.com/YJ0Andrm9L

Talking about the water crisis in the state, CM Fadnavis said that used water from power plants, farms and STPs will be available to people, which can be put to use for secondary purposes like using them in toilets. This assumes importance given that Maharashtra faces acute water crisis every year, and much of the crisis has been attributed to industries and factories using freshwater, depleting the level of freshwater available in the state.

Mr Fadnavis said that the state is working towards easing waste disposal mechanisms in an eco-friendly manner.

The state’s performance has been impressive on the overall cleanliness quotient as well, with 28 of Maharashtra’s cities featuring on the list of top 100 cities, as ranked by Swachh Survekshan 2018. Compared to the previous year when just seven of cities from Maharashtra made it to Top 100 clean cities in India.