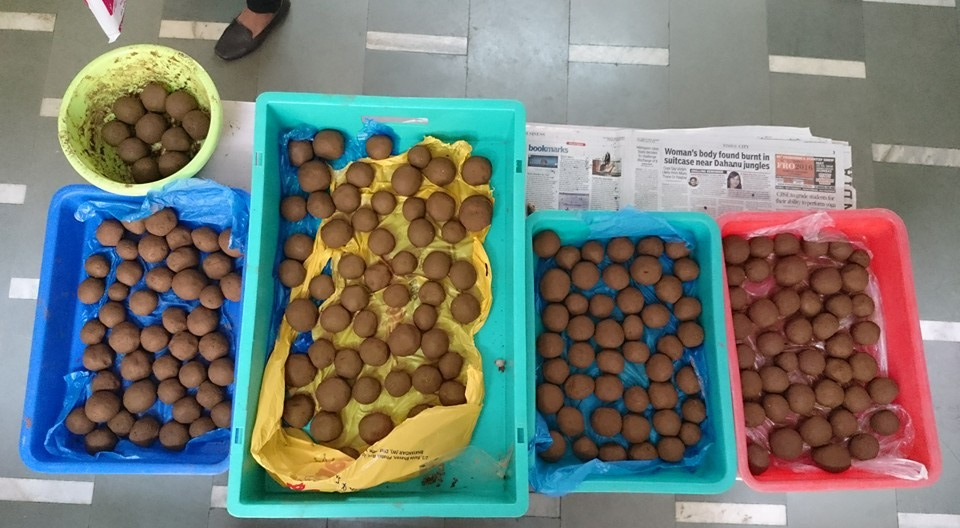 New Delhi: A global census of trees published in the journal ‘Nature’ in 2015 found that deforestation and land-use changes are claiming 15 billion trees every year. Trees are being cut recklessly to build cities, road, flyovers, apartments, metro stations and other infrastructure projects to aid development. According to the international team of researchers who conducted the census, India has 28 trees per person which is significantly lower than China’s tree count of 130 per person, America’s 699 trees per person and Russia’s 4,856 trees per person.

Trees, almost endangered, are essential for sustenance of the environment as they keep a check on carbon dioxide and other greenhouse gasses in the atmosphere, help in improving air and water quality and provide food to a huge population.

India’s low tree density and the severe air pollution problem it is suffering from are indications that the country urgently needs to intensify afforestation and ‘Seed Bombing’ may be a step in the right direction to save trees from vanishing.

What Is ‘Seed Bombing’: Throw Them, Grow Them

‘Seed Bomb’ is an ancient Japanese practice called Tsuchi Dango, meaning ‘Earth Dumpling’. It is a little nugget of mud, compost and native seed that is thrown on the ground/ empty/neglected spaces like a bomb, to turn it into a green, life-giving space. Seed bombing is also called seed balling and seed grenades and has been employed in many countries. It is becoming popular in India as well.

Seed bombs are cheap compared to planting samplings, are organic and easy to make. Seed bombs are pocket sized. So, can be carried in large number and can easily cover a large area in a very short time.

A community of nature enthusiasts formed by a businessman and wildlife photographer Vikas Mahajan, ‘Friends for Reviving Our Green Earth (Ffroge)’ has been actively practising seed bombing across Maharashtra. Mr. Mahajan said,

About four years ago when I started wildlife photography, I realised that the habitat is getting lost. I wanted to do something like tree-plantation drives but I found that a lot of manpower, paperwork, and resources were involved in it. On researching, I found out about the Japanese technique and immediately got hooked with this explosive idea of Seed Bombing!

Mr. Mahajan has been teaching the seed bombing technique to students and people living in urban areas across Maharashtra. He said,

People in urban areas want green spaces around their homes and practising tree plantation through seed bombing give them a new sense of responsibility and pride. Some people even go on a seed bombing spree regularly.

While seed bombs are easily available in online stores, it is easy and fun to give ‘Do It Yourself’ a shot as well.

All materials required to make seed bombs are cheap or free of cost and very easy to find. All you need are the following: Mud, compost, water and seeds native to your area. You can make seeds bombs out of flower, herbs, fruits, and even vegetable seeds. 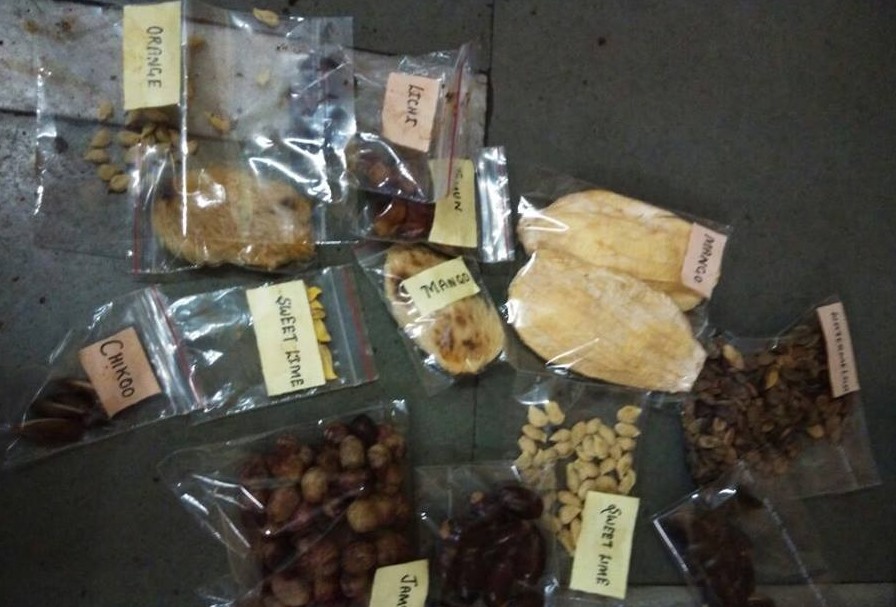 While making the seed bombs, it is important to use the seeds which are native to the region and not procured from far-flung places

The mud holds water as the seeds germinate, the compost nourishes them and the seeds grow, implanting themselves into the empty space, making it pretty, green and providing food for birds and animals. Mr. Mahajan suggests that it is more effective to seed bomb locally than procuring seeds from far-flung places.

So get your ingredients together and follow the process described below with inputs from Mr. Mahajan.

Take three portions of mud, one portion of compost in a bowl and dry mix it. Then start putting some drops of water into the mixture. Knead with hands into the dough. Make sure you have ingredients in the right proportion and be careful while putting water as more water can turn it into a gooey mess.

Now just make balls or ‘laddoos’ of desired size (depending on the size of your seeds). Insert seeds in each laddoo. The number of seeds per ‘laddoo’ will depend on the fruit you have chosen. For some fruits like ‘chikoo’/ sapodilla and mango, only one seed is enough whereas for lemon and orange two seeds are required.

Next, keep the ‘laddoos’ for drying and your seed bombs are ready. Store these in an air-tight container till you are ready to use your ‘bombs’. Now for the final step, just throw the seed bombs on vacant patches of land.

Larger areas will be more suitable for seed bombing bigger trees like the banyan, neem, and mango trees while smaller fruit trees and flowers can be seed bombed in public spaces and small patches of land in the neighborhood. Mr. Mahajan said,

Seed Bombing is most effectively done just before the monsoon season because rainwater will help seed germinate immediately. However, seeds bombs can be thrown anytime a person wants. The seed bombs will remain on the ground till it gets water, without being destroyed.

So if you see a vacant lot on the side of a road or a street, throw these seed bombs of change. You can also store seed bombs for the next season. If possible, water them too or just let the rains work and watch a greener future germinate.