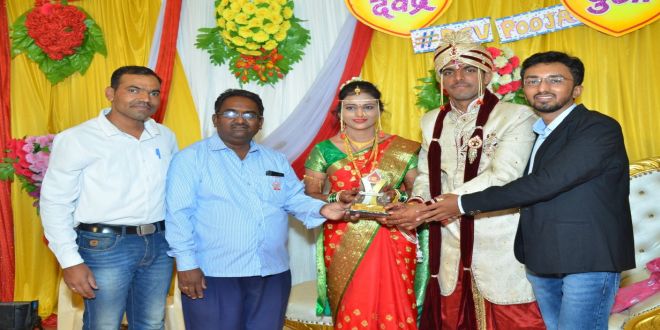 New Delhi: Big, fat Indian wedding are all about with extravagant setting, beautiful décor, impressive buffet spread, loud music, bright colours and lavish gifts. But recently Aurangabad witnesses a wedding of a different kind. 27-year-old, post graduate in Pharmacology, currently preparing for ivil services, Omkar Deshpande, got his sister married in, what at best can be described as a swachh wedding. No plastic products, zero-food wastage, an absolutely eco-friendly affair.

During ecstatic moments like a wedding function, everyone offers blessings to newly-wed couple, but what exactly is the point of blessing the couple? It may give you psychological satisfaction that you have blessed them for a happy and prosperous future, you have wished for their long life, but what is the practical outcome of the blessings? The future of the couple will remain same. So, what was your contribution?, asks Omkar Deshpande while speaking to NDTV.

Prepping For An Eco-Friendly Wedding:

1. Plant A Sapling And Count Your Blessings: In a bid to ensure safe environment, the family finalised on the concept of plant parenting. Under ‘plant parenting’, the family gifted more than 50 saplings to the guests and asked them to nurture it like their own- with all the love and care, paying attention to all the needs for the well being of the plants. Apart from just sowing and watering the plant on a daily basis, the family requested the guests to invest in the growth and protection of the plant. The idea was to make people nurture and work for clean air and a greener environment.

We have a population of 132 crores. Even if each one of us pledges to become plant parent to one sapling, we could make the nation a greener place. Ours was only a small attempt at raising awareness about the concept. Instead of giving the newly-wedded couple a verbal blessing, take a step. Secure the couple and their future kids with clean air, water and a greener environment. All it would take is- planting a sapling and raising it like a kid, says Omkar. 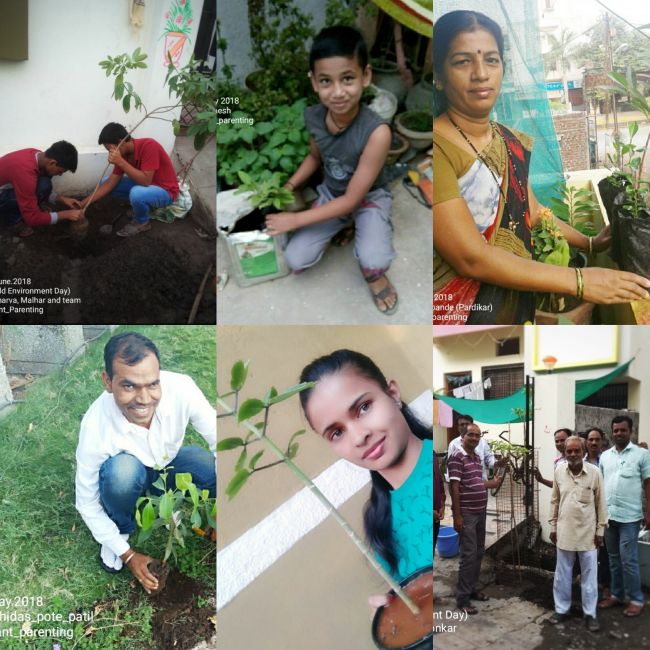 Plant parenting: Guests plant saplings and agree to nurture it like their own child

2. Say No To Plastic: Following the Maharashtra plastic ban, use of plastic cutlery was discouraged in all wedding cermonies. Steel glasses and cups were used to serve water, tea and coffee to the guests.

3. Avoid Food Waste: To curb food wastage, which is usually quite common in events like wedding, the family opted for a buffet system. Placards were put up requesting guests to take only that much portion of food which they were confident of finishing. Taking a step further, a popular Hindu wedding ritual – ‘Akshata’, where rice grains are showered on the newly-wed couple as a symbol of blessing, was replaced with flower petals.

There are millions of people who don’t have enough to eat, why waste and disrespect the food by blessing someone? Cliché defensive argument for rice showering as an essential part of marriage tradition has no solid base in Hindu religion, says Omkar.

4. Silent Zone: Not contributing to the existing noise pollution and air pollution, the family gave up on high decibel DJ consoles and firecrackers. Last, but not the least, the family discarded the tradition of donning a turban as these turbans are a one-time use material and later they either add on to the never ending pile of garbage or just lie around in some or the other corner.

5. Blood And Organ Donation Camp: To promote brotherhood in the society, a blood donation camp with the assistance of the city-based Dattaji Bhale blood bank was set-up at the wedding venue. Over 16 guests donated blood. In addition to this, organ donation awareness and registration counter was set-up at the venue. The wedding witnessed over 20 organ donation registration, including from the bride and groom.

Initially, both the families were a bit reluctant because the wedding was in the afternoon and it is summer season. The ever rising clash of thought was, guests volunteering to donate blood getting dehydrated. But everything went well. Also, unlike blood donation, very few people know about the concept of organ donation. We should see organ donation as an opportunity to live in this world even after death, says Omkar. 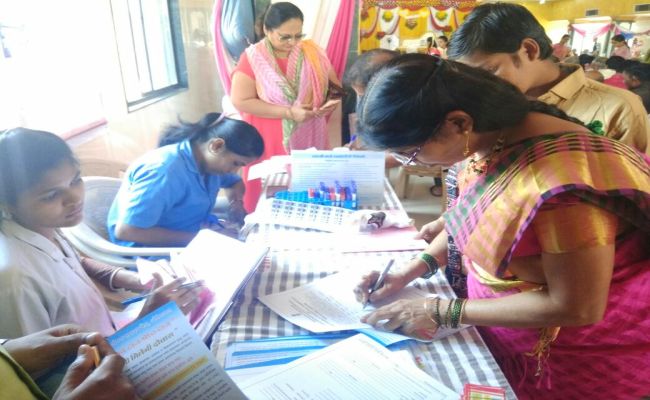 Taking forward this green initiative, Omkar, the green warrior now plans to create a WhatsApp group consisting of all the guests. It is to initiate ‘selfie with saplings’ and keep them motivated. He also plans to celebrate the first wedding anniversary of the couple as birthdays of the sapling with all the plant parents.

Omkar, signs off by saying,

Most people think that to bring about a positive change in this world they need to be an influencer, but we fail to realise that each position has its own limitations. Until and unless we as global citizens step forward at an individual level and do our bit, we cannot expect a change at grassroot level. 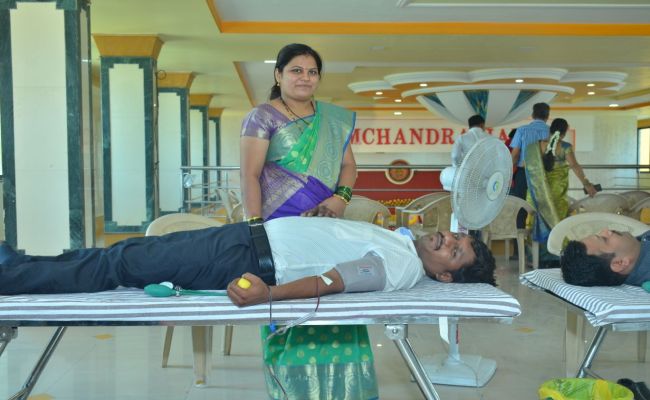