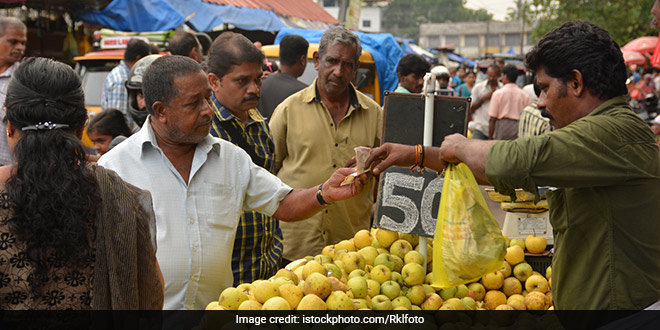 Mumbai: Throwaway Living: Disposable Items Cut Down Household Chores – proclaimed an article in the LIFE magazine on August 1, 1955 edition. The article featured an image of a happy family throwing plastic disposables up into the air. The era of plastics had officially begun. Today, 68 years later, plastic items have become an integral aspect of our lives. With plastic pollution in the international limelight in 2018, Maharashtra’s plastic ban stands out as a shining example in India’s efforts to align with environmental priorities.

Also Read: Here’s How Maharashtra’s Most Populated City, Mumbai Is Coping With The Plastic Ban

On March 23, the Maharashtra government celebrated the auspicious New Year (Gudi Padwa) with a touch of environmental consciousness by imposing a ban on plastic items in the state.

The ban, which ignited a debate on perils of plastic, covers several plastic items like bags, single-use disposable items made of plastic and thermocol like dish, cups, plates, glasses, bowls, forks, spoons, straw and containers. The order has been a comprehensive one as it banned not just manufacture but also the use, storage and distribution of items made of plastics. The residents of Maharashtra have been given a three-month buffer time to get rid of their plastic items post which strict action will be taken. 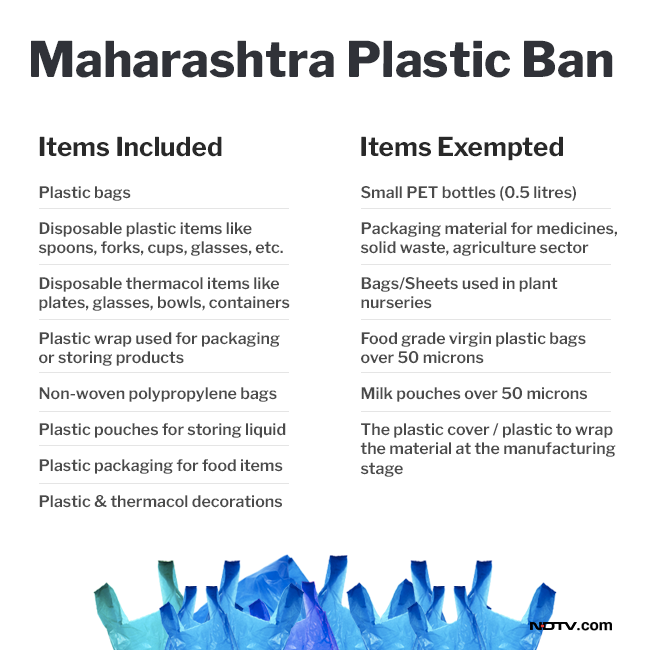 To understand the ground level enforcement of the ban, we follow the lives of five people – a housewife, retailer, manufacturers, vendors and municipal authorities.

41-year-old Chhayya Harsora, a resident of the sprawling city of Mumbai, first learned about the ban from her vegetable vendor after he refused to give vegetables in a polythene. Like majority of the Indian households, Chhayya too, used polythenes to store wet garbage. For a few days it affected her waste segregation cycle and with no other alternative available she was forced to purchase black bin bags, another form of plastic bag. Keeping in mind this experience, she terms the ban as a ‘half-hearted initiative’.

The ban is major step towards curbing plastic pollution, but it is incomplete. There are no plastic alternatives provided by the government. How can I be a part of the ban if all I am doing is switching between plastic items?

She further says, “plastic bags are an integral part of my life, it will be difficult to part ways from it. I am trying to change my attitude and instead of using them only once, I will try to reuse them as much as possible.”

For the first ten days, I did not purchase plastic carry bags from my wholesaler. I flatly refused plastic bags for storing vegetables. But on the eleventh day I ignored the plastic ban, admits Shambhu, a fruit seller in Ratnagiri’s municipal vegetable market.

His business got affected after his loyal customers shifted to another vendor, “Apart from suffering economic losses, my vegetables were also spoilt. Towards the end of the week I had to sell them at really low prices and thus I had to bear a loss of Rs 7,000,” he says.

Like Shambhu, vendors selling decorative items and plastic containers have also gotten affected to an extent.

In the three-month buffer zone we have been asked to finish our existing stock of banned plastic items. But the issue is that no one wants to buy it after the ban. I still have around 3,000 plastic cutleries lying in my shop. I will have to sell it to the plastic recyclers and the money I earn from it will be half of what I had invested, says Hari Mehta, who owns a shop in Thane district.

Lack of clarity in the plastic ban was another issue the vendors had to undergo, “I mistook the buffer zone as a lift on the ban and continued using plastic bags. It was only when the municipal officers seized all the bags, I was clear on the ban,” says a fruit seller from Nagpur who had to pay a fine of Rs 500 for being in possession of plastic bags.

Even before the Maharashtra plastic ban was rolled out, big retailers like Godrej’s Nature Basket, Big Bazar, Avenue Supermarts Ltd, which operates the D-Mart chain and other popular shopping outlets were mulling over switching from plastic bags. For example, Nature’s Basket which has 29 outlets in three cities introduced compostable bags (a mix of cloth and paper bag) last year. Post the ban, Big Bazar replaced plastic bags with paper bags in almost all of its outlets. While some retail fashion brands like Forever 21 and Lifestyle switched to paper bags before the ban, other fashions brands have been charging for plastic bags since past few years.

At Starbucks, we are committed to environmental sustainability and we are steadfast in our support to related efforts. We use paper bags across our stores in India and provide glassware or ceramic options for items consumed in-store, and work to provide sustainable solutions for take-away. At Starbucks, sustainability has always been a focused endeavour and we are constantly working towards greener alternatives, said a Tata Starbucks spokesperson.

Municipal authorities are fundamental contributor towards making the plastic ban a success in the state. For any new change to be executed in an effective manner, the implementation stage is the most crucial one. Civic bodies across the state have introduced several ways and means to eliminate banned plastic items from their respective regions. From placing black coloured bins across the city to collect banned plastic items to launching a toll-free number where citizens can request for a pick-up service for plastic items, the Brihanmumbai Municipal Corporation (BMC) brought in several ways to seize plastic items and so far 120 tonnes of plastics have been collected in the city.

Pune has seized over 30 tonnes of banned plastic goods and the plastic waste in the city has reduced by 48 per cent said Monica Walujkar, junior engineer, Pune Municipal Corporation’s solid waste management department.

Cities like Latur, Aurangabad and Solapur are roping in Self-Help groups to exercise the ban. The SHGs in these three cities will soon start selling cloth bags to the vendors and retailers.

Though the municipal inspectors in every city of the state have been carrying out inspection once every week since the imposition of the ban, citizens are still not serious about the ban says an official from Aurangabad Municipal Corporation, “We have issued several warnings to the shopkeepers still using plastic bags, but they continue to use these illegally. It is difficult to keep a track on every single person in possession of banned plastic items. The ban has to be a two-way street, citizens needs to consider the ban seriously.”

Plastic cannot be abandoned completely. The problem of plastic pollution is not plastic production, it is the way in which it is disposed of or treated. Thus, to be a part of the solution, we are demonstrating several ways in which plastic waste can be managed, says Hiten Bheda, President of All India Plastics Manufacturers’ Association (AIPMP).

According to an estimate given by AIPMP, in last two months, over 8,000 people working in plastic manufacturing industries have lost their job.

The single used plastic items that are banned are worth Rs 5,000 crores and in the coming few months a total of four lakh people are at a risk of losing their source of income.

When asked what is the way forward to ensure minimal damage because of the ban, Mr Bheda said that every trader must take up the responsibility of preventing every piece of plastic sold from going to the landfill.

A similar policy decision was made recently by the Maharashtra Pollution Control Board. PET bottles with less than 500 ml of water were initially included under the ban. But the decision was revoked a month into the ban. The manufacturers, sellers, producers and traders will now have to arrange for a ‘Buy Back Depository’ system with a predefined buy back price written on it.

From the government’s side, two important developments are underway currently. The first one is to impose a ban on micro plastics on December 1 this year. The micro beads include face wash, detergents, some fabrics and so on.

Also Read: Single-Use Plastics Have Devastating Impact On Our Oceans, Quit Them: Lewis Pugh, UN Environment Patron Of The Oceans

The second immediate plan it to make a blueprint of a new policy on plastic, the Union Ministry of Environment, Forest and Climate Change will incorporate suggestions from India Inc. The policy aims to put a greater onus on industry to manage plastic waste and pollution. A CEO Dialogue will be held in Mumbai on May 31, ahead of the World Environment Day, with CEOs from Coca Cola India, the Tata Group, the Mahindra Group and so on, participating along with Union Minister Dr. Harsh Vardhan.

From the citizens side, it is only when each and every individual makes a conscious choice of not adding more plastic in their lives and treating the existing plastic in a scientific manner, the ban in the state can sustain itself. And waste segregation is the first step towards it as the discarded plastic can be recycled or reused only when it is found a decent condition.

With Maharashtra generating upto 2,820 metric tonnes of plastic waste daily, the state pollution control board’s decision to ban plastic is a big step.  Making 11.42 crore people of Maharashtra ditch plastic, an item which is omnipresent, is the biggest challenge that lies in front of the authorities.

On The Occasion Of #WorldEnvironment Day, Poonam Mahajan Says That Little Actions Of Ditching Plastic Can Make A Large Difference