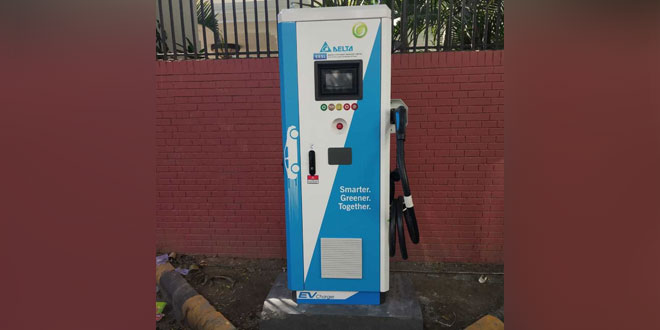 New Delhi: India is pushing hard to transform its transportation sector and cut down on vehicular emissions by encouraging the move to go electric. In recent times, from the union cabinet giving green signal to FAME II (Faster Adoption and Manufacturing of Electric Vehicles) for promotion of electric mobility last week, to states like Kerala, Andhra Pradesh, Telangana, Uttar Pradesh and Delhi, investing in a fleet of electric buses and even cab services like Ola going electric, India is taking baby steps to make public transport pollution free by going electric, for starters. To encourage adoption of electric cars, which have so far not taken off due to lack of charging stations, the national capital Delhi, inaugurated the first electric car charging facility last year on February 19, at United Nation Office in Lodhi Estate. And now taking the push to e-mobility a notch higher, New Delhi Municipal Council (NDMC) has installed 25 charging units in Lutyens Delhi, as part of phase one, just for electric cars. 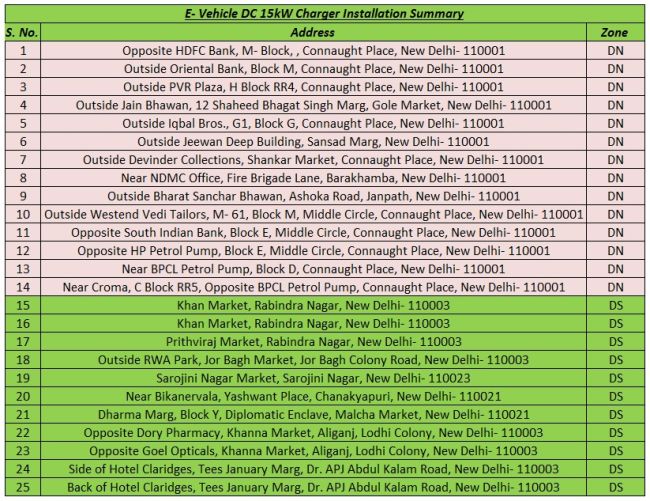 Electric car charging units have been set up at 25 locations

The newly introduced 15 kilowatt (KW) electric vehicle chargers have been installed at locations like Khan Market, Sarojini Nagar, Chanakyapuri, Jor Bagh Market, Connaught Place, and few other places. Except for cars currently these charging stations do not support any other electric vehicles be it rickshaws, two-wheelers or buses. According to an NDMC official, these charging stations require 1.5 hours (90 minutes) to charge cars made by Indian manufacturers like Mahindra (the e2o Plus, eVerito) and Tata (the Tigor electric is being used by EESL, a government-owned company that has been tasked to initiate EVs across India, employees in Delhi).

In order to avoid long queues, waiting hours and make the charging system hassle free for users, NDMC has made it mandatory to book a charging slot well in advance via NDMC 311 mobile application, available for both android and iOS. Billing will be through online payment gateways.

In the second phase, the NDMC plans to set up nine more charging stations in areas under its jurisdiction to enable charging of electric cars by foreign brands, which have higher mileage. These stations will have a combined charging system (CCS), a European charging technology which will charge vehicles in 30 minutes.