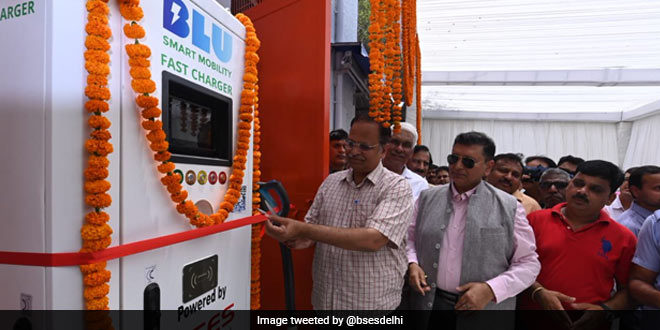 According to the discom, these smart charging stations being set up are equipped with an “analytic platform” which will help EV owners get a seamless online experience. “Through the ElectreeFi Mobile App, an EV consumer can locate the nearest charging station, make advance online booking and even pay online through multiple options,” it said.

The tentative total cost of charging, including the cost of electricity (as per Delhi Electricity Regulatory Commission/ DERC tariff) and the overheads (parking charges, recovery of equipment cost among others) is expected to be Rs. 160-200 for a full charge. This translates into a Rs. 1.60 to Rs. 1.80 cost per kilometre, which is extremely competitive compared to petrol, diesel and even CNG (Compressed Natural Gas) vehicles,” it added.

Commenting on the development, BRPL Chief Executive Amal Sinha said in a statement,

Along with promoting renewable power in a big way, we are now gearing up to aggressively push the case of electric vehicles and their charging. For this, we are engaging with key stakeholders and domain experts to evolve strategies and framework to create an ecosystem for the promotion of e-mobility.

#FashionForACause: Alia Bhatt Promotes Sustainable Fashion For A Cleaner And Greener Future For All