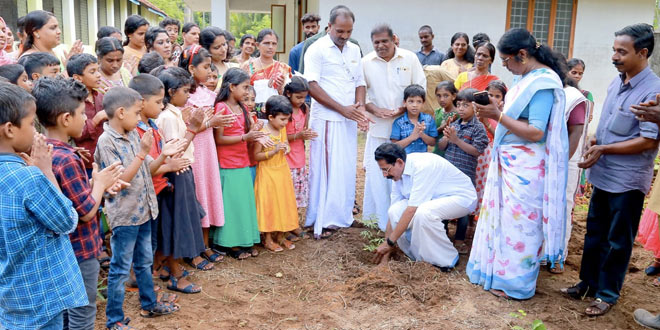 New Delhi: The world is reeling under the damage caused by sustained deforestation over the decades and replacement of the green cover with concrete jungle. Now it is a fight for survival and efforts are being made to contain the damage by planting trees. Considered to be one of India’s greener states, a district in Kerala is taking tree plantation very seriously. The Kodungallur municipality in Thrissur district of the state has passed a resolution which mandates the newly constructed buildings and houses to have at least two fruit bearing trees (mango tree, jackfruit tree, and wild jackfruit tree).

The latest rule which is yet to be amended in Kerala Municipal Building act by the state government, applies to buildings and house owners. As per the resolution, for obtaining a permit for construction of built up area of more than 1,500 square (sq) feet or eight cents, an individual or builder needs to plant two trees.

The plan will be implemented in two phases – first, when individuals come to the local body to get a building permit, they will have to bring the plan of the house. The plan needs to specify a place earmarked for tree plantation. Secondly, post construction of the building and before allotment of the house number, officials from our municipality will visit the site and inspect the newly constructed building. If two fruit bearing trees are planted in the allocated area, we will issue them a house number, else we won’t.

Though the state government has not given a green signal to the regulation, but the Kodungallur municipality plans to go ahead with it.

The municipal chairman announced the new regulation on the occasion of the 46th World Environment Day (June 5) which was celebrated with the theme of ‘beat air pollution’. The rule applies to buildings constructed after June 5.

The trees will not only give us oxygen, but will help reduce our exposure to the pollutants. To reduce air pollution, we all need to join hands and act together. Though it is not compulsory, but I believe we all are in it together and therefore building owners with an area less than 1500 sq feet should plant flower bearing trees, signs off Mr Jaithran, on a positive note hoping for the new scheme to be a success.