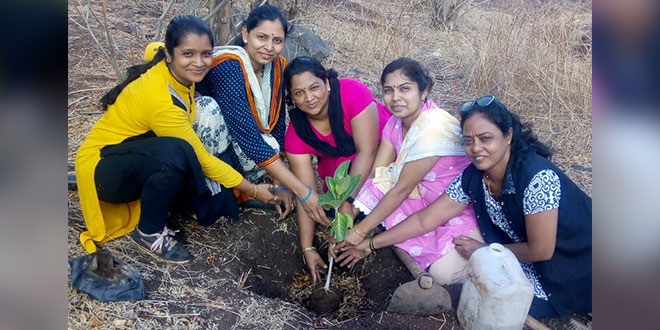 New Delhi: “The greatness of a culture can be found in its festivals”, said Bengaluru-based writer and artist Siddharth Katragadda in his book ‘Dark Rooms: A Saga’. The glory of India, a land of diversities, can be seen in its vibrant culture, rituals, festivals and the way they are celebrated across the country. One such tradition is Vat Purnima or Vat Savitri Pooja, which is celebrated in the month of Jyeshtha (May-June). It is observed by married women, where they observe fast and tie ceremonial thread around a banyan tree and pray for the well-being of their husbands. Every year, the festival is celebrated with great fervour in Maharashtra, Odisha, Gujarat, Goa and other states.

Unlike every year this time in Maharashtra’s Nashik a group of women belonging to Green Revolution, a citizens’ group dedicated to increasing green cover in the state, decided to give an eco-friendly spin to the tradition by planting Banyan trees. The citizens’ group planted 121 banyan saplings on the weekend (June 16). 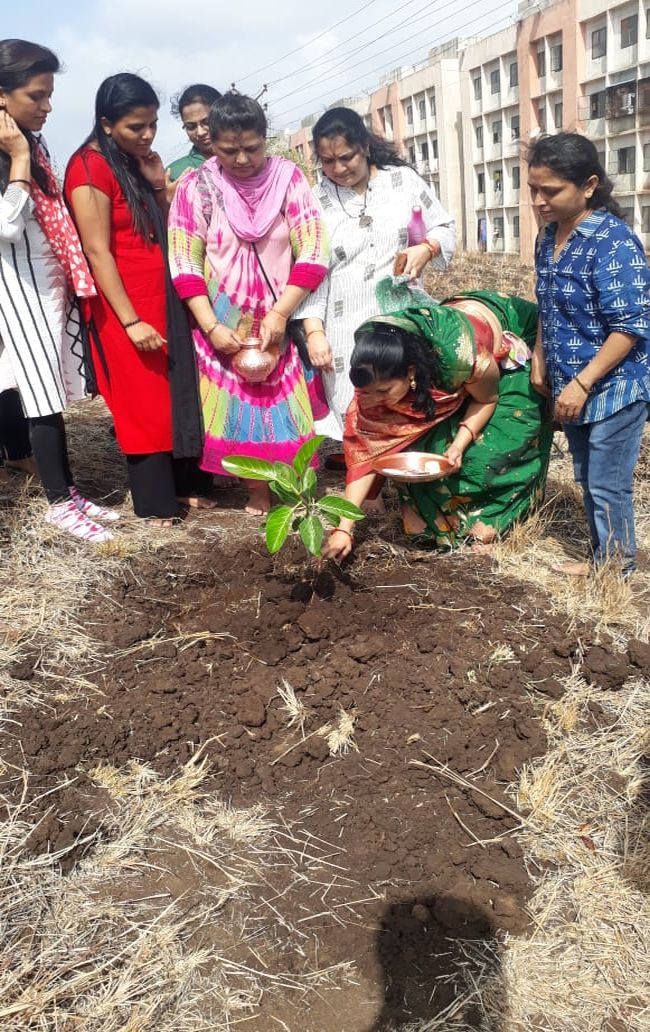 To increase green cover in and around Nashik, women planted Banyan saplings

Talking to NDTV about the initiative, Sandeep Ahire from Green Revolution says,

To increase the public involvement and encourage tree plantation, we connect every festival with nature. From birthday, anniversaries, to World Environment Day, we always celebrate all the festivals and events by planting trees. This is the reason we gave a green twist to Vat Savitri Pooja as well. Last year also we planted 51 banyan saplings on Vat Savitri Pooja with a survival rate of 100 per cent.

This year the team has planted three feet high banyan saplings and pledged to take care of it instead of cutting its branches in the name of tradition.

A Lookback At Green Revolution’s Journey

In the year 2015, these green warriors embarked on a mission of planting trees and colouring Nashik green. The citizens’ group took the responsibility of planting trees on government land and in the forest area. The team is currently working at four sites namely Chunchale, Kalwan, Sinnar and at a land of Khaadi commission and rural development of India. Over the trees, the team has planted 30,000 native trees and taken care of 40,000 trees, including the existing trees. 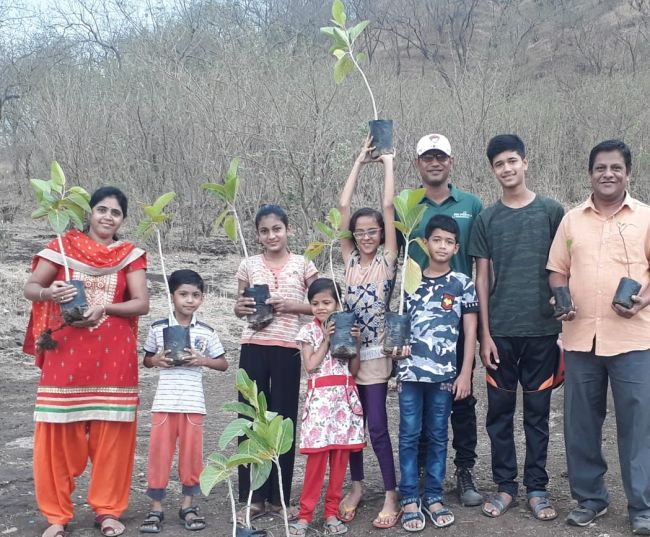 In the last four years, the Green Revolution team has planted 30,000 trees

Our focus is to have small patches of forest with rich bio-diversity, laden with flowers, fruits and bird nests and animals. To achieve this, we work mainly on weekends. Every weekend we visit the four lands we are focusing on and plant some trees and water them. To ensure trees are nurtured well, we have hired a watchman who keeps a check on the green cover and water the plants regularly.

To fulfill their dream of enhancing the biodiversity in and around Nashik, sometimes the citizens pool money to buy saplings and at times they rely on CSR (Corporate social responsibility) funds.

Deforestation is the biggest reason behind changing weathers, rising temperatures, decreasing and erratic rainfall, water scarcity, pollution, and others. The least we can do is plant trees and increase green cover. Just find a reason to plant trees like on my sister’s wedding anniversary I distributed 200 mango saplings among guests. Do your bit and save the environment, signs off Mr Ahire.

58-Year-Old Woman From Nashik Takes On Newspaper Waste, Converts It Into Dolls