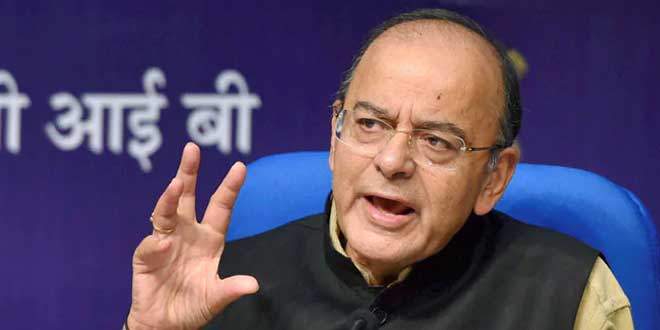 “When the Prime Minister of India, Narendra Modi, announced the Swachhata campaign in his Independence day speech of 2014, some believed that the scheme would be a photo-opportunity with very little progress. In the history of independent India, this is one scheme which the people of India snatched away from the Government and converted into a ‘people’s movement’,” the post read.

“When the scheme was announced, the rural sanitation coverage of India was 39 percent. The Prime Minister announced a target that India be made ‘open-defecation free’ when we celebrate 150th Birth Anniversary of Mahatma Gandhi in 2019. The symbolism was appropriate since Gandhiji had given a lot of emphasis on Swachhata. We have completed nearly four years of the scheme, 39 percent rural sanitation coverage has increased to a phenomenal 92 percent,” he said, adding, “it was not an easy goal to achieve.”

Minister Arun Jaitley also highlighted how the scheme helped women live a dignified life. “We all knew that the dignity of women demanded the privacy of a toilet. However, women of India are now stepping beyond their roles as mere beneficiaries of this programme to leaders of it today. For example, construction of toilets has always been a male bastion. In many states, however, thousands of rural women have been trained as masons and, with the assistance of Self-Help Groups, are now becoming the primary force in driving a State to be declared free from open defecation. Women becoming a bread earner through the construction of toilets added to the family income.”

The Finance Minister praised the decision and said that this had been a long-standing demand of the Anganwadi workers which no government in the past had catered to.

“This has been a long-term demand of the Anganwadi workers and their helpers to give them a reasonable remuneration. Governments in the past have always refrained from giving benefits to these 2.5 million workers ostensibly on revenue consideration. Notwithstanding the pressure on the Budget, the Government has given almost a 50 percent hike in the first go to these workers. This will go a long way in addressing the grievance of these workers,” Mr Jaitley said.

Railways To Try Japanese Technology In Bio-Toilets At Stations