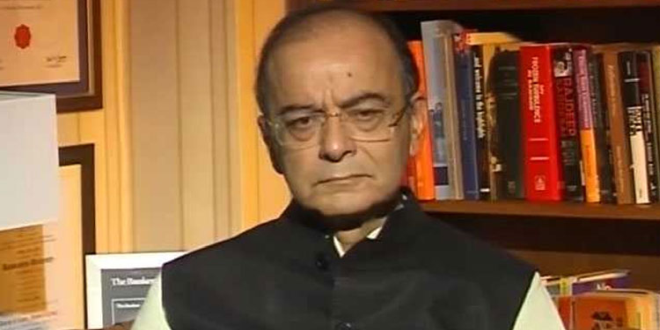 New Delhi: “Four years ago, when Prime Minister launched the campaign, many skeptics thought that like most of the government programs, this may also end up like another photo opportunity and a slow progress over decades. But I think this was one campaign which had the weight of the political leadership behind it, which had the resources available and which very rightly got hijacked out of the government and became a people’s movement,” said Arun Jaitley, Minister for Finance and Corporate Affairs, lauding the central government’s cleanliness campaign Swachh Bharat Abhiyan. Mr Jaitley was speaking at NDTV-Dettol Banega Swachh India 12-hour cleanathon that every year marks the birth anniversary of Mahatma Gandhi on October 2 as Rashtriya Swachhta Diwas. During his discussion with Campaign Ambassador, Amitabh Bachchan, Mr Jaitley not only hailed the campaign, but also spoke about the two role model countries for this campaign.

As touted by different ministers, the cleanliness campaign has turned into a people’s movement and it is evident with people from different walks of life coming forward and taking up the task of cleanliness. From beaches being cleaned, trees being planted, cleanliness campaigns being organised in different schools and colleges, to women and girls refusing to marry in a household which don’t have a proper toilet, people seem to be at the forefront of the Clean India Mission.

As explained by Mr Jaitley, this has been possible because of the awareness. He said,

The whole credit of doing the much required work that is spreading awareness in rural India and bringing a behavioural change goes to women, said Mr Jaitley. He added,

Even if you built a toilet, the old habit of people going into the fields rather than using an enclosed chamber at home, how do you get them to change that behaviour. And I think the critical part that helped here was the so called people’s movement became a women’s movement. It is the women who led it more in rural India than their male counterparts.

Cleanliness, An Integral Factor For A Developing Country

Answering a question from Prannoy Roy about public toilets are not up to the mark and filthy, Mr Jaitley said, it is the beginning of the cleanliness campaign and once this campaign picks up, public toilets which are used by millions of people which are to be kept clean.

If you are now from a developing economy and emerging economy, aspiring over the one or two decades to move towards a developed country, then your environment and cleanliness standards besides other developmental indexes must also be in that direction, said Mr. Jaitley.

Talking about the two role model countries for India, Mr Jaitley said, it is city state of Singapore and more than that it is Japan. Explaining how Japan, the cleanest country in the world, manages the cleanliness level, Mr Jaitley gives an example of how even school children of the age of 4 or 5 leave their house with a small bag to collect their waste. Be it a chocolate wrapper or empty water bottle, everything goes into the bag and is disposed off in their home only.

That is the direction over the next one or two decades we have to aim at taking, said Mr. Jaitley.

We all knew that the dignity of women demanded the privacy of a toilet. However, women of India are now stepping beyond their roles as mere beneficiaries of this programme to leaders of it today. For example, construction of toilets has always been a male bastion. In many states, however, thousands of rural women have been trained as masons and, with the assistance of Self-Help Groups, are now becoming the primary force in driving a State to be declared free from open defecation. Women becoming a bread earner through the construction of toilets and adding to the family income.