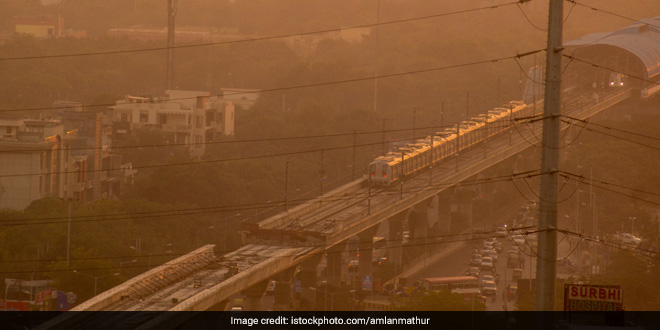 New Delhi: “My father, a former heart surgery survivor and someone who has been living with the cardiac problem for the last 20 years, always led a very different and productive life. Heart patients run on reduced heart capacity, and he was surviving and working for 14-15 hours everyday on 60 per cent of his heart. In 2018, around Diwali, my father fainted and since he had a cardiac history, he was taken to the hospital. Doctors there wanted to quickly do a cardiac intervention and operate on him but he was too frail. Further tests confirmed Dr Ashok Seth’s hunch, it was a severe lung infection and lungs needed attention, not the heart”, recalls Nutan Manmohan while speaking to NDTV.

A fortnight later, though Nutan’s father recovered and was discharged from the hospital, but from November to January, he was mostly confined to his home with limited movement. In February, when the pollution levels in Delhi improved and Nutan’s father was trying to get back to leading a normal life – work and regular exercise, the damage was already done.

With the lungs compromised, the heart had to work harder which affected his already weak heart valves. Doctors suggested operation for leaky heart valves, but in April, when he was out for his appointment, we lost him to a massive heart attack, says Nutan who believes that air pollution aggravated her father’s illness and took away his life. I am now seeing a replication in my friends’ parents, adds Nutan.

This was the story of 82-year-old man living in Delhi’s Jor Bagh, who is suspected to have lost his life to air pollution. According to the State of Global Air report 2019, an analysis of Global Burden of Disease data from 2016, exposure to air pollution collectively reduces life expectancy by 20 months on average, worldwide.

One cannot simply run away from air pollution but can surely build a resistance against pollutants. Here are five easy ways to protect yourself from the pollutants and reduce the impact of air pollution on your body:

Using a mask has become imperative when it comes to restricting intake of toxic air. With pollution levels reaching hazardous levels in different parts of the country, a wide variety of pollution masks are available in the market. From single-use mask to a reusable and washable mask to one with carbon filter there are a lot of options to choose from.

Dr. Vivek Nangia, Director and Head of Pulmonology at Fortis Hospital, Vasant Kunj suggests considering three things while buying a mask to protect from air pollution. Firstly, ask about its filter size, as in the particulate matter size it can filter. Particles less than 2.5 microns in size are both harmful and dangerous; opt for a mask that can filter these smaller particles. Along with this, check the quality and certification of the mask. In India, there are no government defined quality certifications for air pollution masks so for now one can go with the American guidelines. As per American guidelines, N95 and N99 are the two prescribed quality of masks.

Last and the most important thing to ensure is the fit. A mask should sit perfectly on the nasel bridge and cover entire nose and mouth. If it doesn’t fit well, it will completely defeat the purpose.

Foods To Reduce The Impact Of Air Pollution

A nutritious diet can act as a shield of protection from the adverse impact of pollution. Clinical nutritionist Lovneet Batra recommends inculcating Vitamin A, C, E, seeds, nuts and loads of fruits and vegetables in the diet.

Vitamin A, C, and E help in repairing the body, and fighting inflammation that is caused by pollution or any kind of toxin. Keeping in mind the vegetables and fruits available in the current season, Ms Batra suggest consumption of carrot, sweet potato, raddish, spinach, fenugreek (methi) and pumpkin for Vitamin A. While lemon, Amla and oranges are rich in Vitamin C, rice bran oil and almonds will provide Vitamin E.

While fruits will help you feel energised, vegetables will act as anti-oxidants. One should have four servings of vegetables and atleast two to three servings of fruits in a day, says Ms Batra.

Along with this, the golden spice turmeric, known for its anti-oxidant and anti-inflammatory properties, Tulsi (basil), sugarcane juice, jaggery and Mulethi (Liquorice Root), a herb should be made part of the lung detox diet.

Toxins are of two kinds – water soluble and fat soluble. If you are not drinking enough water, no matter how many agents you are having those toxins won’t flush out of your body so keep yourself hydrated. Drinking plenty of water is a must, says Ms Batra.

According to an ASSOCHAM-TechSci study released in February this year, Indian residential air purifiers market is projected to grow at a CAGR (compound annual growth rate) of more than 29 per cent from the current level of Rs. 100 crore ($14.14 million) to Rs. 275 crore ($38.99 million) in 2023, because of deteriorating air quality, increasing purchasing power power, and expanding urban population.

Backing the same, Jai Dhar Gupta, founder and CEO of Nirvana Being, dealing in air pollution masks and air purifiers since 2015, says,

Definitely the sale of air purifiers has increased this year as well but since the air pollution levels are still in a ‘very poor’ category and will soon rise up, it is difficult to come up with a final figure. What new we have noticed this year is, the demand for air purifiers is coming from outside Delhi-NCR. We are receiving orders from Mumbai, Kanpur, Lucknow, Agra, Punjab, Patiala, Ludhiana, and others.

Jai Dhar Gupta, who is also the founder of My Right To Breathe – citizens’ movement to help fight air pollution and Air Emergency, says, year on year, the growth of air purifiers has increased. But this is the first time, people are asking questions and taking concrete measures.

Though air purifiers are one of the most preferred options to combat indoor air pollution in offices and homes, but these are expensive (ranging from Rs. 6,000 and going up to Rs. 90,000 and beyond) and not everyone can afford them. To solve this problem, Dr K K Aggarwal, Padma Shri Awardee and president of Heart Care Foundation of India, has introduced a cost effective air purifier that anyone can make at home. He calls it ‘jugaad’ – homemade air purifier that costs mere Rs. 600.

Any kind of exercise, running or even a leisurely walk should be avoided during high levels of pollution because the more time spent outdoors means more exposure to toxic air and pollutants. The reason why experts specifically ask to not exercise outdoors or go running is, any heavy physical activity tends to increase the pace of breathing. Also, during exercise, one is more likely to breathe deeply through their mouth, which means directly inhaling particulate matter, even the heavier ones which usually get filtered in the nostrils.

Did you know indoor air pollution is potentially more dangerous than outdoor air pollution? According to Lauri Myllyvirta, lead analyst with Centre for Research on Energy and Clean Air (CREA),

For most of us, majority of the exposure to outdoor air pollution happens indoors. The smog enters into buildings, and since most of us spend a great amount of our time indoors – sleeping, working, eating – most of our exposure to the smog happens while we are indoors.

Along with this, other sources of indoor pollution are traditional cooking method using wood, cleaning products, deodorant, detergents, air fresheners, add to the outdoor pollution entering homes, offices, and buildings.

To reduce the levels of indoor pollution take to planting air purifying plants like Aloe Vera, spider plant, snake plant, bamboo palm, Warneck Dracaena and others. These indoor plants are low maintenance as these neither need regular watering nor harsh sunlight and a good source of oxygen.