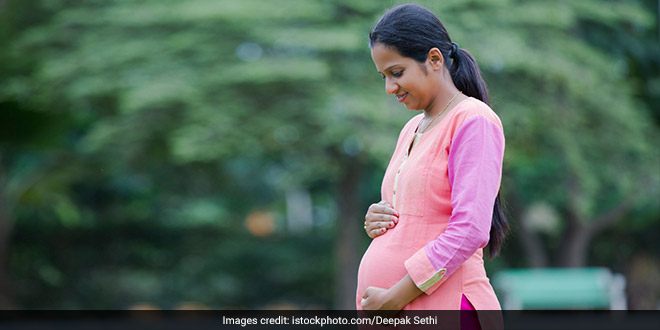 New Delhi: In November 2019, levels of air pollution in Delhi crossed the ‘severe plus’ mark, AQI (air quality index – index value depicting the current status of the pollution in the city) was recorded above 500 and a public health emergency was declared. During that time, 26-year-old Shalini (name changed), an asthma patient and eight months pregnant had to be admitted in ICU (Intensive Care Unit) and kept under observation for 24 hours, because her asthma aggravated on exposure to severe levels of air pollution in the national capital, Delhi.

When AQI reaches 300, vulnerable group involving children under five years of age, elders above 65 years of age, pregnant women and people suffering from any kind of cancers, chronic asthma, chronic heart diseases and other, should restrict any strenuous, physical activity outdoors. And when AQI is at 400, none of us, not even the healthiest individual, should be outdoors. In November-December, when the air of Delhi becomes unsafe even for the healthiest person and a public health emergency is declared by EPCA (Environment Pollution (Prevention & Control) Authority), imagine what impact it has on the vulnerable group, says Dr. Vivek Nangia, Director and Head of Pulmonology at Fortis Hospital, Delhi.

The pollutants present in Delhi’s air include nitrate, sulphate, black carbon, aluminium, which worsens asthma attacks, creates breathing difficulties, and leads to birth defects, headache, Alzheimer ’s disease, among others. Current exposure to air pollution might not have an immediate effect but we will have to face the repercussions in the long run and it can have a long-lasting impact.

Impact Of Air Pollution On Maternal And Foetal Health

According to experts, it’s a tad difficult to prove the direct effect of air pollution on maternal and foetal health, there are not enough studies to back it up, but the rise in number of patients in OPDs, decline in immunity among people, especially children, tremendous increase in the cases of common cold, cough and fever, is enough to validate the health implications of air pollution on one’s health. To understand the risks associated with exposure to air pollution, especially on pregnant women and foetus, NDTV speaks to health experts.

Children can be predisposed to asthma, pollution can lead to growth restrictions that is low birth weight, miscarriage, pre-term labour, and abruption that is detachment of the placenta from the womb before childbirth which then leads to bleeding. As far as the impact on the mother is concerned, it is usually respiratory issues.

A study published in the journal Nature Sustainability quantified the link between air pollution exposure and MAFT (missed abortion in the first trimester) or missed miscarriage in Beijing, China, a region with severe MAFT and air quality problems. The results very clearly state that an increased risk of MAFT is associated with a rise in air pollutants such as particulate matter (PM) 2.5, sulfur dioxide (SO2), ozone (O3) and carbon monoxide (CO).

What Is A Missed Miscarriage?

Missed miscarriage or silent miscarriage occurs when a foetus simply stops developing and there’s usually no clear explanation or reason behind it.

Things like smoking, being exposed to smoke and chronic air pollution decreases the blood flow to the baby; it reduces the oxygen supply to the baby which leads to miscarriages.

According to Dr Charu Kalra, Pediatrician, intrauterine growth retardation (IUGR), commonly known as low birth weight is one of the common issues being faced by pregnant women, exposed to high levels of pollution. The common causes of IUGR are infections, smoking and consumption of alcohol during pregnancy, and placenta abnormalities.

Intake of every 22 micrograms per cubic metre of polluted air is equivalent to smoking a cigarette. So whether the PM2.5 level is 700 or 300 units, the impact is still as bad.

Today, when pregnant women in Delhi-NCR are unintentionally smoking or breathing the polluted air, the chances of IUGR increases along with preterm birth, bleeding during pregnancy, among others.

Chronic exposure to air pollution during pregnancy can both aggravate and give rise to respiratory disorders like Chronic Obstructive Pulmonary Disease (COPD), asthma, chronic bronchitis, cancer, among both women and newborns. It is evident with the onset of asthma among newborns and pregnant women, says expert.

Elaborating on the impact of exposure to air pollution, Dr Neema says,

Pregnancy itself is a high risk group and breathing polluted air which is equivalent to inhaling the smoke of dozens of cigarettes exacerbates the problem and accentuates the risk of respiratory diseases. In lat 2019, during peak pollution, one of my patients, who by the way is quite healthy complained of constant headache. On investigating, we came to a conclusion that it’s because of the hazardous levels of pollution which Delhi had.

When Pollutants Reach The Placenta

A study presented at the European Respiratory Society International Congress, in October 2018, revealed that when pregnant women breathe polluted air, sooty particles are able to reach the placenta via the bloodstream.

We do not know whether the particles we found could also move across into the foetus, but our evidence suggests that this is indeed possible. We also know that the particles do not need to get into the baby’s body to have an adverse effect because if they have an effect on the placenta, this will have a direct impact on the foetus. Pregnant women should avoid heavily polluted areas where possible. Stricter policies for cleaner air will reduce the associated risk, clinical research fellow and Lisa Miyashita told PTI.

While researchers continue to find the direct impact of pollution on foetus, Dr Charu Kalra, Pediatrician, believes that the toxic air is the reason behind children falling prey to low immunity, cold, cough, running nose, irritability and requiring nebulization.

According to the State of Global Air Report 2019, growing scientific evidence suggests that air pollution may contribute to the development of asthma in children, low birth weight and pre-term birth, and neurological or cognitive disorders such as Alzheimer’s disease. The report also states that a child born today will die 20 months sooner, on average, than would be expected in the absence of air pollution. This simply implies that air pollution is one of the reasons behind decline in life expectancy (the number of years a person is expected to live).

Pregnant women being asked to leave Delhi is not an exaggeration of the public health emergency. It is a reality and we need to face it. WHO has recognised air pollution as a single most hazardous risk factor to our health; it has been labelled as an invisible killer. From micro killer, air pollution has become a macro killer, you can actually see the smog from your eyes. Despite that there is a sense of denial for reason unknown, says Dr Nangia.

Five Easy Ways To Protect Yourself From Air Pollution