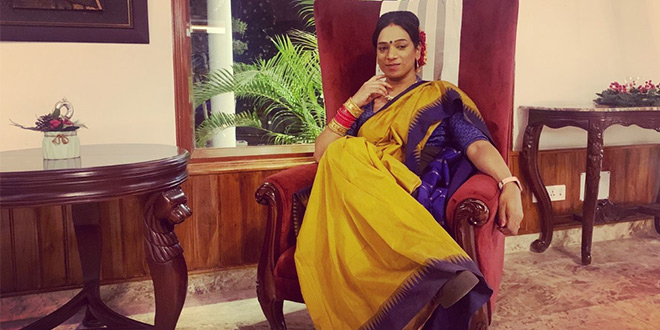 New Delhi: “When the entire world was trying to find a male inside me, I was very much happy portraying myself as a female”, said Abhina Aher, a transgender activist. Ms Aher was born a male biologically and named Abhijit but at an early age, she realised gender dysphoria. At 7, Abhijit, now Abhina, started cross-dressing and expressing feminine traits as it came naturally to her. Born in Worli, Mumbai and having lost her father at an age of 3, Abhina’s Aai (mother) Mangala Aher was her sole companion growing up. However, the search for gender identity garnered stigma and discrimination from society for the mother-daughter duo.

In the initial years, neither did we have access to technology nor enough information; literature and education on sexuality and gender was compromised. I wasn’t sure what was happening to me. I was an aloof child. Soon I realised, because of my traits, my mother was tortured. My mother is a dancer; I wanted to learn dance and look just like my mother but she never let me tread that path. She thought dancing will make me more feminine. She would say, ‘boys don’t dance. You should study, get a government job and build your own family’. There were a lot of aspirations. 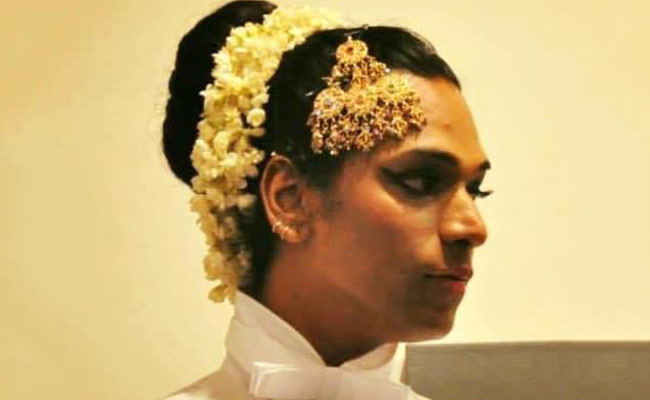 Abhina did grew up to become a dancer like her mother

Apparently, gender dysphoria didn’t settle easily. During puberty, when Ms Aher was going through physical changes and developing facial and body hair and a deep voice, she didn’t like it. Instead, she wanted a beautiful female body. She said,

I was becoming the ugly duckling and I absolutely hated it. I stopped looking at myself in the mirror because the image there never made me happy. I couldn’t see the reflection of my darkness in the mirror.

Over time, Ms Aher became a victim of several hate crimes at school. The adolescent boy was raped by seniors, not for pleasure but to create fear. Recalling one such horrific incident, Ms Aher said,

A wooden ruler was inserted in my anus. It was a hate crime. I bled for hours. I was unhappy, scared and couldn’t go to school for two weeks. I would weep but never tell my mother because she was already suffering because of me. Even in markets, people used to throw stones at me and call me by varied names including hijra.

For her mother, Ms Aher decided to focus on her education and decided to pretend to be a normal man even if she was Trans. During graduation, she chopped her long locks, started wearing formal shirts and trousers, stopped shaping her eyebrows and even started playing outdoor games with other boys just to fit in and be a ‘man’. The mother-daughter duo shifted from Worli to Khar so that the memories of the past don’t haunt them.

I completed my graduation and did a Diploma in software engineering. But, throughout I was struggling because of a lack of knowledge about my gender. One fine day, I met Ashok Row Kavi, a journalist and LGBT Rights Activist. I instantly gave up my career in Software Engineering and started working on a social project with Mr Kavi’s Humsafar Trust, shared Ms Aher.

The road ahead wasn’t a cakewalk. Life had more bumpy rides planned for Ms Aher. Post culmination of a social project with Humsafar Trust, she was left jobless. The reason being, at 27, she had undergone a transition surgery and identified herself as a heterosexual woman. However, her official documents stated her gender as male. The disparity between the two things refrained any organisation from hiring Ms Aher.

I survived the following three years on sex work. There was a time when I was entertaining 11 clients a night. Goons used to rape us, have unsafe sexual practices and often put a knife on our throats. Sometimes police used to chase us. I remember, once I hid in a big sewer to save myself from getting caught by police. I became a part of Hijra culture, shared Ms Aher in a choking voice with tears welling up.

Because of the transition, Ms Aher’s mother stopped talking to her and would blame her upbringing, past and the heaven above. Despite living under the same roof, the duo didn’t interact with each other for six years.

While working as a sex worker, Ms Aher came across some HIV programmes and got an opportunity to work for social welfare. There was no looking back for the Trans activist. She went to work with the National AIDS Control Organisation (NACO) under the Ministry of Health and Family Welfare on Transgenders’ health and also fought for the rights of transgenders.

I worked closely on the Transgender Persons (Protection of Rights) Act, 2019 and NALSA judgement of the Supreme Court. National Legal Services Authority (NALSA) v. Union of India judgement of 2014 declared transgender people as the third gender. Today, I work as a Technical Expert on key population with I-TECH India. Key population means people who are vulnerable to HIV infections – men who have sex with men, women in sex work, transgender people, people who inject drugs and people living with HIV, said Ms Aher.

Also Read: Discrimination And Barriers Make Access To Quality Healthcare A Challenge For Many Transgenders 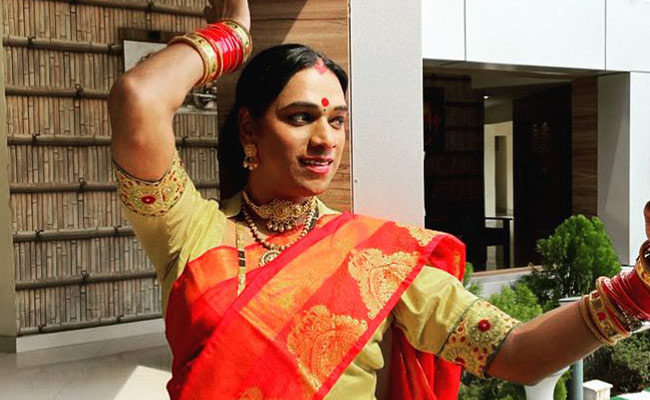 When I shared my decision of undergoing a transition with my mother, we cried for two hours. She said, ‘I have seen people like you don’t get any respect and die alone and I don’t wish that for you’. But when she started reading my interviews, researching and educating herself about sexuality, she accepted me and became a part of the Sweekar Foundation, a group of rainbow parents. She also joined our dancing group. It took time but we didn’t leave each other’s side. We both had a very unique journey, shared Ms Aher with pride.

Ms Aher’s mother always wanted her son to have a family of his own. Today, Ms Aher has Trans daughters, people from Hijra community and lots of pets that make up her family. While signing off, Ms Aher gave a simple message of ‘walk the talk’ and said,

Don’t say I feel sad for this community; get up and do something. Employ them, befriend them, and help with reservation, opportunities and mainstreaming opportunities.

Recently, Ms Aher who has been working in the social sector for human rights for over 25 years, received the ‘path breaker’ award at First National Transgender Awards 2021 hosted in Delhi on December 15. Mangala Aher got the Vidhya Award for supporting her daughter through thick and thin. At the award ceremony, she said, 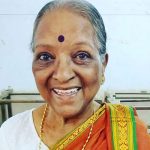 It’s tough to include Trans children in your family but remember, even they can achieve heights.

In Pics: Leaving No One Behind: India’s First National Conclave Of Transgenders Held In New Delhi