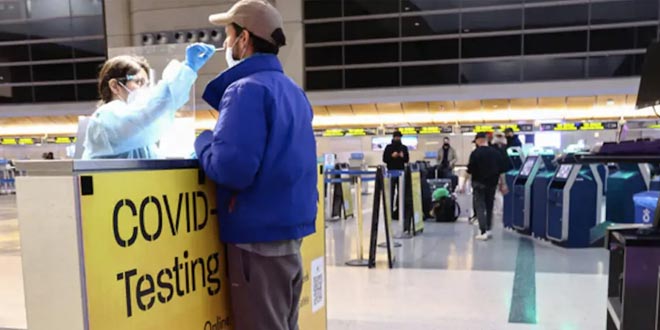 New Delhi: The Omicron variant of coronavirus that was first detected in South Africa last month, has spread across the world quickly. According to the World Health Organisation (WHO), almost 77 countries have reported the cases of the new variant. In India also, as per the latest data from the government, the cases of Omicron are rising and the country has reported over 170 cases so far. The Government of India has said that Omicron is spreading at a very fast pace in the country.

He further explained that Europe is passing through a serious phase despite 80 per cent partial vaccinations and despite the fact that they also went through a Delta wave. He added,

Most cases of Omicron have a travel history, or have contacts with travel histories. But there have been some cases in which we have not been able to establish any such history. In that the process is on to identify travel or contact histories.

According to the government, Maharashtra has reported the highest number of cases so far followed by Delhi. The Ministry of Health and Family Welfare has issued a warning that 19 districts were at high risk of a surge in COVID-19 cases. The government has also urged states to encourage vaccination, step up surveillance measures and focus on sequencing positive samples in an effort to identify cases and potential hotspots.