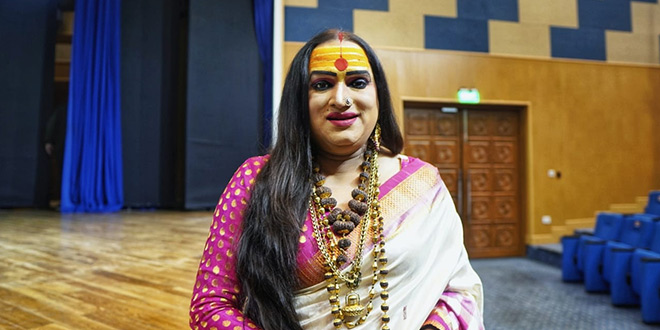 This year is the 75th year of Independence, we are celebrating our freedom but we only got our right in 2014 by the NALSA judgement: Laxmi Narayan Tripathi

New Delhi: With an aim to build a more inclusive society where transgenders find equal opportunities and are not discriminated against, India hosted its first National Conclave of Transgenders on December 15 in New Delhi. These awards were organised by Transgender Rights Activist, Acharya Mahamandaleshwar Laxmi Narayan Tripathi and it recognised the efforts of the people from the transgender community who have been working towards the mainstreaming of the community. She spoke exclusively to NDTV about the importance of these awards and the way forward.

NDTV: This is the first time that there is National Awards for transgenders. From where the community was living oppressed lives to today, we have special awards for them, felicitation and acknowledgement. From 2014 Supreme Court verdict to now. How has the journey been?

Laxmi Narayan Tripathi: In 2014, when the NALSA judgement came and from there till 2021, even facing the COVID-19 pandemic, everything has been topsy-turvy. But to tell you that the government and under the leadership of Prime Minister Narendra Modi, we have a Transgender Act and we have a Transgender Policy. This year is the 75th year of Independence, we are celebrating our freedom but we only got our right in 2014 by the NALSA judgement.

From there till here, it’s a victory. We have two Padma awardees. But this national award, the first national award of transgender and that too in a venue which is, I can see Dr Babasaheb Ambedkar right in front of my eyes, such a big statue at Dr Babasaheb International Centre at Janpath it is happening. It is such a beautiful thing because of his written constitution. He was the face who wrote the constitution, we got our rights. India is a leader in transgender rights and we are doing this award to facilitate people who actually worked so hard to get recognition of the trans community. So I decided to have this award ceremony.

NDTV: Not just the award, the way you all have done it you know it’s even the institutions, the people who really worked behind, worked for the community. Even the thought to acknowledge them is something different.

Laxmi Narayan Tripathi: With me Dr Ashma was there, so many people came together. It’s a win-win situation where we are giving away awards to organisations that supported us. We are giving away lifetime achievement awards, parents who supported the transgender. We are recognising parents who supported their trans kids. More than my struggle, it’s my parent’s struggle. We have named it vidya awards. It’s all about education. I dedicated that award to my mother named vidya. She came from Gorakhpur, a 16-year-old girl gets married to a man and she comes to Mumbai, she gives me birth. She stands by me. From an orthodox Brahmin family, from there till here, it has been a big journey for me also and for her also. My journey has been too much glorified but the parents’ journey never get glorified. But now it’s time. We have to hear both stories, they are the unsung heroes.

NDTV: right said if you have your parents supporting the children that’s when the children grow and we can see that in you. It has been nearly 25 years since you have been fighting for the right of the community. A lot has happened. What more should be done?

Laxmi Narayan Tripathi: Only the foundation has been laid down, we have to build the structure. We have to see to it that the coming generation is not begging. If they don’t have a job, they beg. If they don’t have any opening, they are selling their bodies. The day things become out of choice that I have no one to judge but there should be a lot of avenues open. I never thought I would be a respected Indian transgender woman but I am. I am Acharaya Mahamandaleshwar. We have our own Akhada in the religion. Today we are doing national awards. Tomorrow we will do something else. Tomorrow I want to see IAS, IPS from our community, doctors, scientists. I want equal rights to education for the trans community. I want people to be sensitised to understand what is trans.

Also Read: A Day Of Solidarity To Prevent HIV And Support People Living With It

NDTV: Do we have the understanding that there is a third gender but is there awareness and sensitization?

Laxmi Narayan Tripathi: We have awareness in India, but sometimes it is ignored. In this country in earlier ages, my community used to be respected. But today, we are forced to beg on the streets. We are very modern citizens living in this country, but colonisation ruined our perspective. Our thoughts are still colonised by the British.