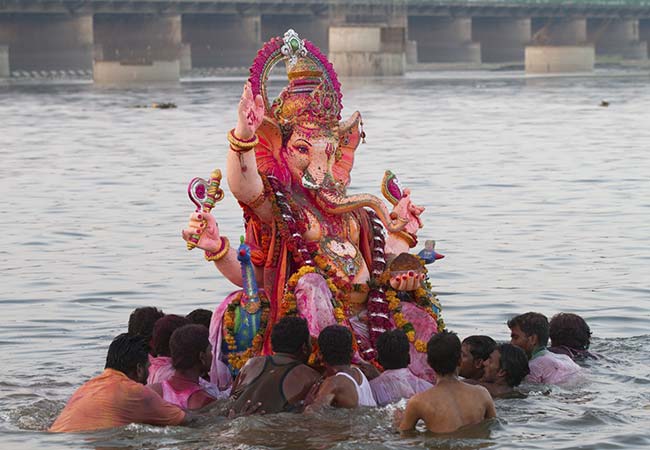 Raising concerns over the environment, Prime Minister Narendra Modi urged people to avoid using Ganesha idols made of Plaster of Paris (POP) during the Ganesh Chaturthi festival which will be observed on September 5.

Modi suggested that instead of POP idols, which after immersion cause damage to the aquatic life and environment, people should use eco-friendly idols made of clay.

“Festival is the time of self-evaluation and they need to change with time. Environment is damaged due to immersion of POP idols. Let’s go back to old traditions and adopt idols made of pond clay,” Modi said in his “Mann ki Baat” radio address.

He said the same should be applied for Durga idols.

“Ganesh Chaturthi is around the corner but there is some time for Durga Puja. We shall start preparing ourselves from now,” Modi said.

Excessive damage is caused to the environment due to immersion of idols made of POP and chemicals.

Read: How Delhi’s Waste Is Responsible For Killing All Aquatic Life In Yamuna River

Waste Management: How India Is Drowning In Garbage