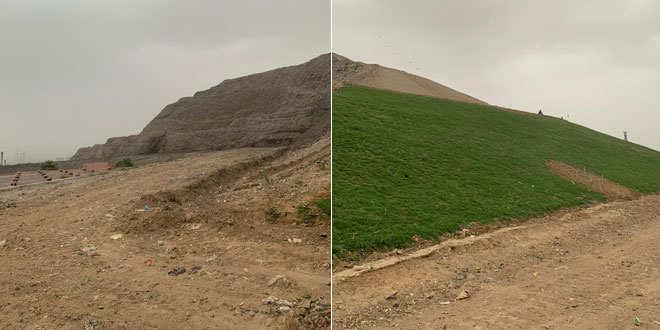 New Delhi: Spread over an area of 40 acres, Okhla Landfill was an empty site in 1996 when it was allotted to South Delhi Municipal Corporation (SDMC) for dumping and managing waste. Two decades later, of the 3,500 tonnes of waste collected by SDMC every day, more than 1200 tonnes was being dumped in the Okhla landfill until 2018, despite it being declared as ‘exhausted’ by experts nine years ago in 2010. With the landfill peaking at a height of 58 meters, which is thrice the permissible limit, authorities finally took cognizance of experts’ opinions in 2018 and initiated the treatment process for the ‘garbage hill’, an SDMC official told NDTV. 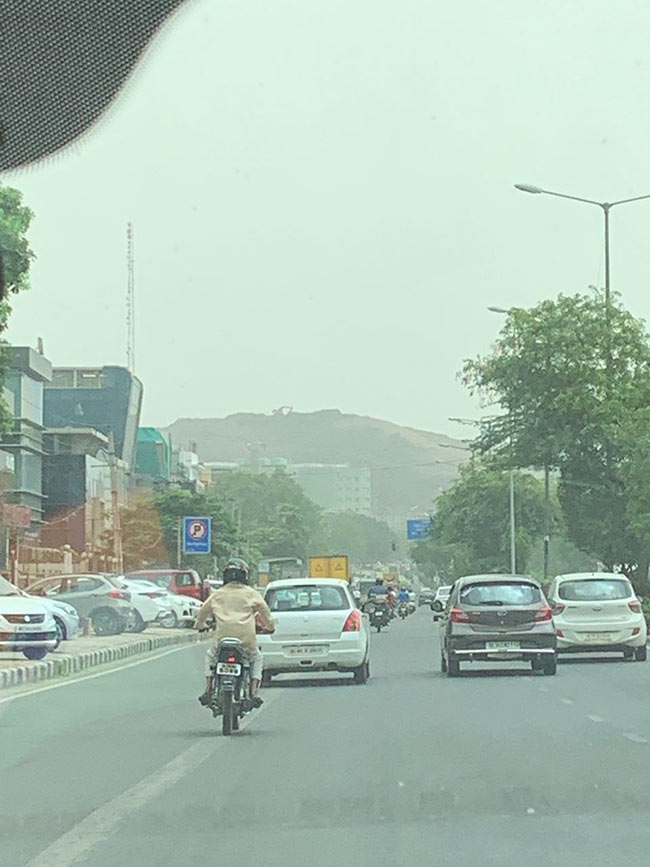 If you think this is a hill, look again! Thats the Okhla landfill that stands 38 meters high at present

Former SDMC commissioner Puneet Goel had announced that an ecological park would be developed on the site in 2018. With the aim to achieve this transformation, the civic body has been carrying out bio-mining, a technique of extracting various materials from the dumped garbage to clear out the site to construct a park.

Also Read: Indore Does Away With Waste Of 15 Lakh MT On Its Landfill And This Is How The Empty Space Is Being Used

SDMC official also informed NDTV that the civic body had consulted Sri Ram Institute of Industrial Research to analyse the area after the ground stabilisation process started, which is done to improve the physical properties of soil. The institute in 2018 reported that of the total waste of the landfill, the organic compounds had mostly decomposed and what remained was more or less soil.

It consists of 93.7 per cent sand, earth, bricks, concrete, and 1.97 per cent of organic material, 3.77 per cent plastic and 0.5 per cent glass/metals, the institute reported, as per SDMC official. 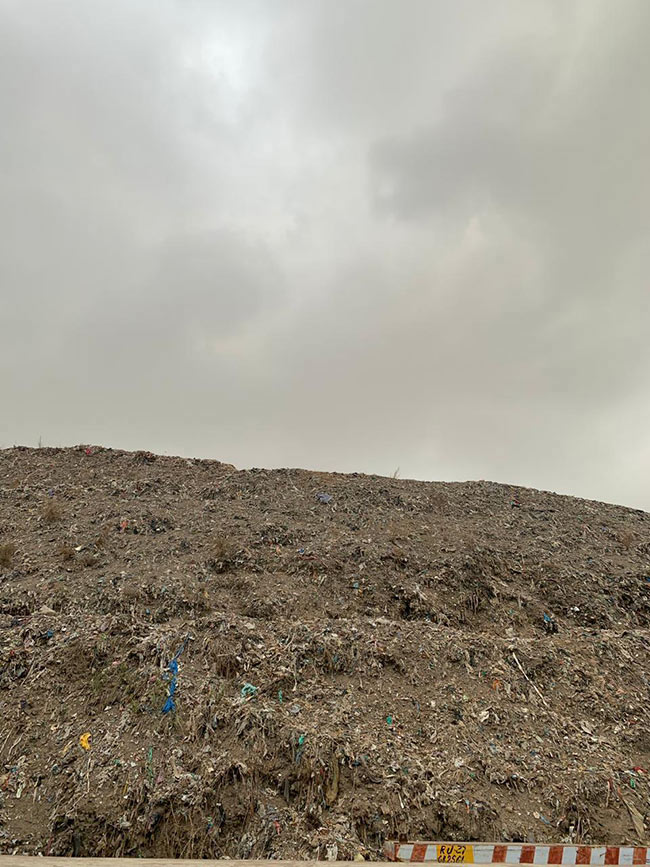 The process is being carried out on a pilot basis, as part of which the civic body is currently treating and segregating the waste throughout the site at present while the slope stabalisation process is on one part of the landfill, more than 6000 square metres of the land, has finally gone green. The small patch is under observation as the process to treat the landfill continues through the other parts of the 40-acre-site. Tufael Ahmed, the engineer in-charge of the project, told NDTV,

Out of the total area, we have finished the resurfacing of 60 per cent of the land and have also planted grass over 6,000 square metres of the former landfill site. Presently, we are in the process of finishing the rest of the slope stabilisation exercise which will further help in the process of waste management, but the hot weather in the capital has proven to be a challenge and has slowed down the task.

The heatwaves also posed difficulties in maintaining the grass that has been planted, as an SDMC official informed NDTV that watering the green area has been a challenge.

Mr. Ahmed estimates that the process of transforming the Okhla landfill into an eco-park is going to be completed soon. He said,

The slope stabilisation work will be finished before the monsoons and the greening will take another 3 to 4 months. After the slope stabilisation process, we will have a surface area of 1.5 lakh square metres where the native Aravali and Bermuda grass will be planted to cover the entire area. Although we have a basic plan mapped out, every day, as per trial and errors, we improvise our plans according to what works the best on ground. We have a target to convert this entire landfill by March 2020.

Although the landfill is under treatment with the aim to completely eliminate it in the next few months, dumping on the site, however, is still operational on one part of the landfill, where the waste is segregated and sent accordingly to either recycling centers or waste to energy plants. 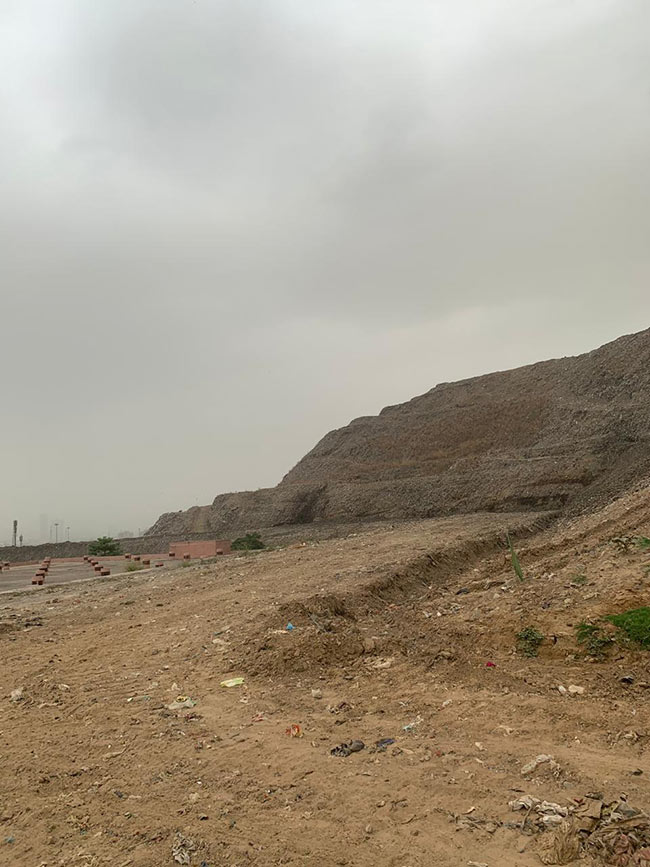 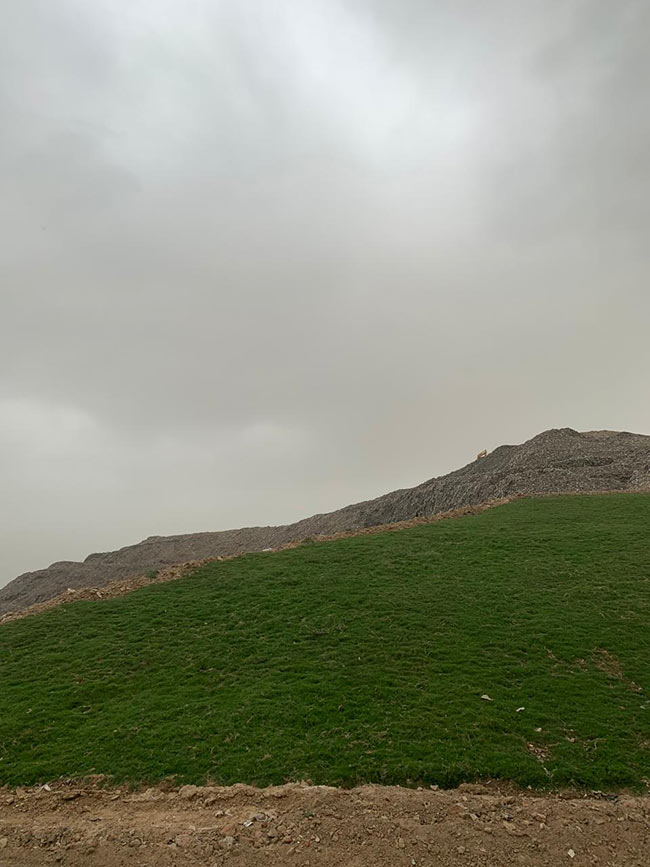 While the other two landfills of the national capital, Bhalswa and Ghazipur, keep on growing at a dangerous pace, Okhla landfill has been reduced from a height of 58 meters to 38 meters over a period of 10 months and is expected to reduce further by 4-5 metres this year, said Mr. Ahmed.

Swati Singh Sambyal from Centre for Science and Environment (CSE) told NDTV how the move is a brilliant one, when it comes to dealing with the ongoing waste crisis being faced by Delhi and its landfills.

There’s a huge hospital next to the Okhla dumping ground and the landfill has already been exhausted, so it’s the responsibility of civic authorities to close it. But technically, Okhla is not a landfill per say as landfills are planned, Okhla is a dumping ground where people have just been dumping their waste willy-nilly for over two decades, without a plan to treat it. Even Bhalswa and Ghazipur are dumping grounds. That being said, it’s a good and much appreciated step for moving forward that authorities are exploring ways to treat the hill of garbage. However, Delhi should be stressing on setting up sustainable waste management system on the ground. Focus should be less on dumping and more on creating Delhi wide sustainable solutions be it waste to energy, recycling or upcycling.

“What is being done now is not a long term solution, it’s a crisis solution, but at this time, any effort is appreciated,” she added.

While Okhla is still figuring out the most ideal way to manage their waste accumulated over years, country’s cleanest city, Indore has successfully dealt with their 15 lakh metric tonnes of legacy waste, accumulated on the 100-acre dumpsite in just six months. The city did so using the process of bioremediation, which refers to an environment-friendly technique of separating soil and recyclables from legacy waste. Thanks to these efforts by the time Indore Municipal Corporation, the authorities have recovered Rs. 400 crores worth of valuable land.