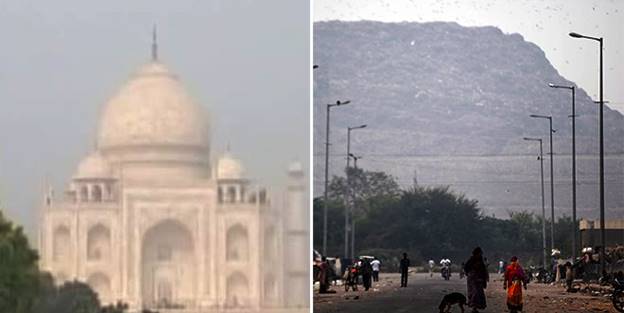 New Delhi: Imagine a picture where on one hand there is majestic ivory-white marble mausoleum – Taj Mahal, which is also one of the Seven Wonders of the World and on the other hand a dark dirty sight of a huge trash mountain. This strange comparison is sadly now our country’s reality! We are now a country known for its tallest trash mountain – Ghazipur which is standing tall at 213 feet and is expected to rise higher than the Taj Mahal (239 feet) by 2020.

At Ghazipur, Relentless Garbage Piling Up Since 1984

The Ghazipur landfill was opened back in 1984 and reached its full capacity in 2002, but still remained opened for all these years, adjusting more and more of city’s waste that kept on arriving each day in hundreds of trucks. In 2017, the then 80-feet Asia’s oldest and largest dumpyard collapsed, leaving two people dead and several injured. Dumping was banned, but the measure lasted only a few days because authorities could not find an alternative. From 2017 to today, the dumpayard has grown drastically. Back then it was being compared to the height of Qutab Minar, another landmark of Delhi and world’s largest brick minaret, currently it is the size of London’s 125-year old Tower Bridge and is expected to beat Taj Mahal ‘s height in a year’s time, in terms of height, becoming a fetid symbol for what the UN considers the world’s most polluted capital.

Waste Management system in the country is failing badly, especially in the national capital region of India – New Delhi. In NDTV’s ground visit to New Delhi to understand the status of waste segregation, we found that the capital is miserably failing in keeping up with its waste management. Most of the citizens are not aware about the concept of waste segregation, even though it has been made mandatory in the year 2016 when Solid Waste Management Rules 2016 (a revision of waste rules in India after 16 years and making waste segregation mandatory in the country along with other things) came into being. And if some citizens are practicing waste segregation, the municipalities are not prepared with the facilities to manage it. As a result the efforts to manage waste well are getting wasted.

I started practising waste segregation after the Ghazipur tragedy took place in 2017. But, it has not made any difference. The van that comes to collect our garbage has only one bin – so, I end up dumping my segregated waste in a mixed form only. Moreover, apart from me in the society, no one else is doing it. Sometimes I also feel like dumping waste without segregating, as or now it is of no use.

On the other hand, 19 minutes away and approximately 8.7 kilometre from Ghazipur, somewhere near the New Ashok Nagar, NDTV spotted one huge drain that was also connecting to the Yamuna River and was filled with an unending pile of waste. The piles of waste gives a clear indication of lack of waste management in the city. 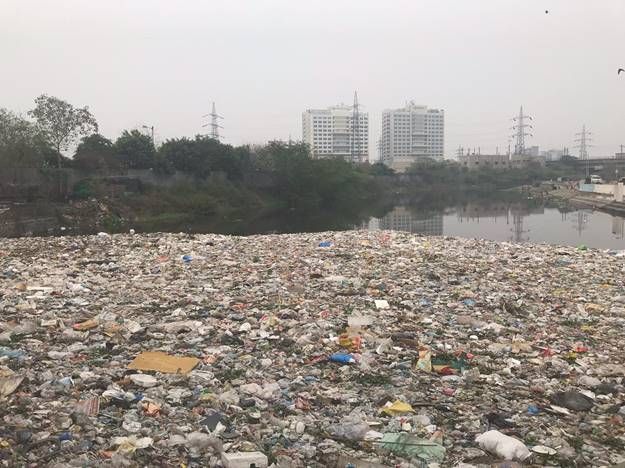 We also got the chance to speak with the waste pickers working at East Delhi’s kachra ghars or waste collection centres. A young waste collector told us that the municipality has not yet told them to collect waste in an segregated form. Whereas another waste picker seemed very confused when we asked them about the rule of green and blue bin, he added,

We have been collecting waste from many years – we are not told anything as of now. Nor have we found any change in citizens’ behaviour when they are giving us their garbage. 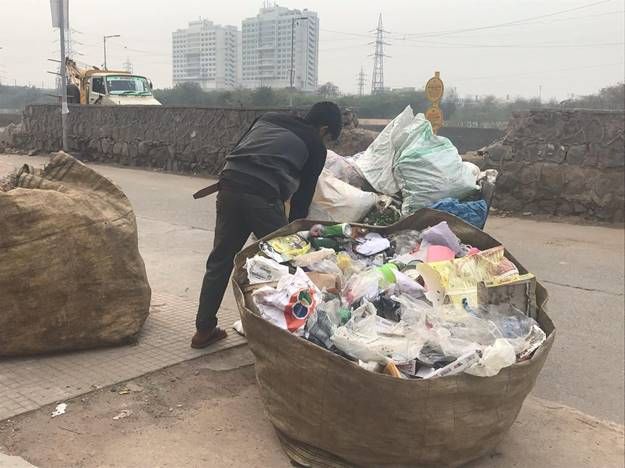 At East Delhi Kachra Ghar, no blue and green bin for keeping segregated waste but one big bin to accommodate everything 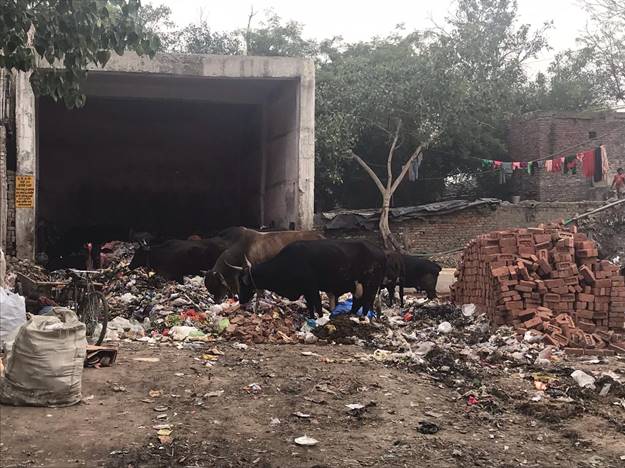 What Experts Are Saying

Waste To Energy Plants Are Not Really Helping The Capital

Delhi needs hybrid solutions. Ideally, landfills should be used for rejects and inerts and that should be sent to the waste to energy plants. But, the city landfills are filled with mixed waste and that is what is going to these plants and as a result they are not really working as a solution to city’s waste woes.

A senior researcher at the Center for Science and Environment, Shambhavi Shukla, adds that methane belching from the garbage can become even more deadly when mixed with atmosphere. And currently as per the recent study the dump of Ghazipur poses a huge health risk people living within five kilometres (three miles), including cancer.

It all needs to be stopped as the continuous dumping has severely polluted the air and ground water. Authorities need to come out with a 360 degree solution, the corporation had without any planning spent crores in installing blue and green bins across the city so that people start segregating their waste. Yet, today there are areas that complain they don’t have access to such facilities. Moreover, the corporation has not incorporated any facilities or laws for waste segregation, as a result, no waste segregation is being followed by the citizens. Along with it, we need to also factor in how are we managing the segregated waste. Delhi needs more decentralised solutions to waste management instead of landfills and incinerators, if we are to have a sustainable system to manage waste

In Pictures: Ghazipur Landfill That Is Posing A Serious Threat To Human Life

The dump site is so huge that last year, the Supreme Court warned authorities to add red warning lights on the dump to alert passing jets. 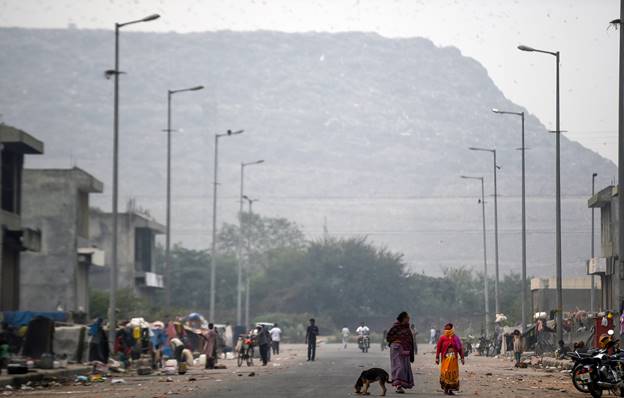 Taking up the area of more than 40 football pitches, Ghazipur landfill is rising by nearly 10 metres per year. 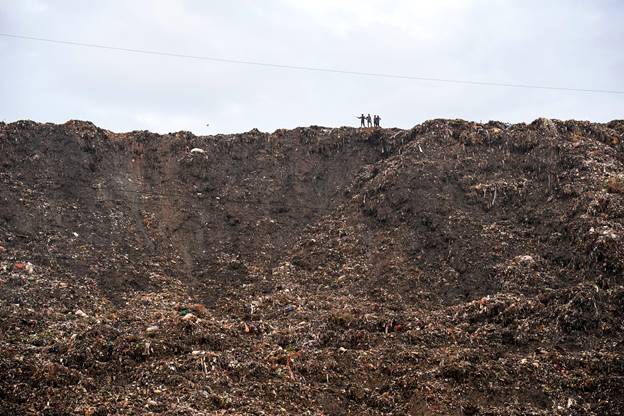 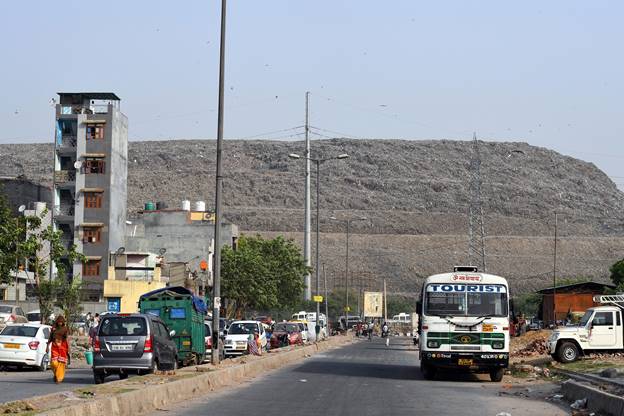 An Air Conditioner That Can Also Purify Air, Developed By IIT-Delhi Alumni