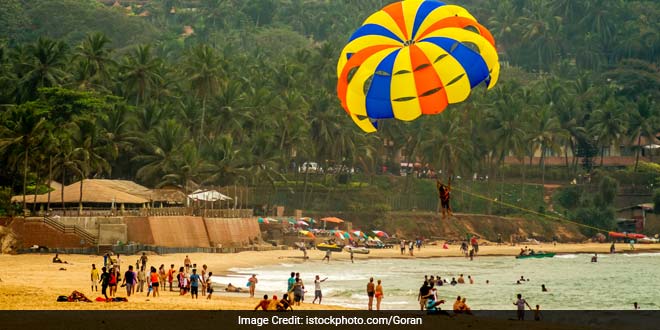 Panaji: Goa Governor Mridula Sinha in her address to the Legislative Assembly outlined the future plans of the Manohar Parrikar-led BJP government which includes housing for all and an open defecation-free state by October 2, 2019. “Poor sanitation further weakens the economic wherewithal of a poor household. ‘Swachh Bharat Abhiyan’ aims to ensure health and sanitation, particularly for the poor,” Governor said in her address at the budget session amid protests by Congress legislators in the House.

My government is committed to eliminate open defecation in Goa by October 2, 2019, the 150th birth anniversary of Mahatma Gandhi which is one of the key aims of the Swachh Bharat Abhiyan movement launched by Prime Minister Narendra Modi two years ago, Sinha said.

Congress legislators registered their protest during the Governor’s address alleging that she had not invited them to form the government despite emerging as single largest party in the recently held Goa Assembly polls.

Even as the protesting members staged a walkout, the Governor continued with her address and assured housing for all by formulating a comprehensive policy.

Housing for all shall be the mantra of my government. House is a dream of every individual and it is shameful for any society that its people are still deprived of this basic necessity, she said in her hour-long address.

Also Read: Villages Along Ganga To Be Open Defecation Free By May

My government will formulate a policy and draw a plan to implement this policy to provide shelter for everyone in the state of Goa, the Governor said.

While ensuring that our state retains its originality and ethnic charm, ‘Goen’ (Goa) and “Goenkarponn’ (Goanness) would be the focal points of all the future policy of my government, she said.

At the core of all my government’s policies there will be welfare of the poor, sick, destitute, farmers, labourers, youth and minorities, Sinha added.

‘Swachh Bharat’ Possible Only When ‘Ghar’ Is Swachh: Akshay Kumar