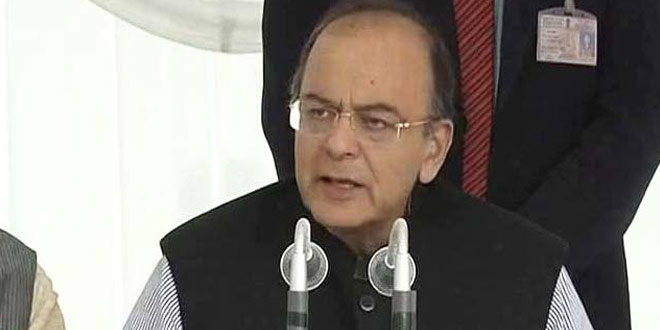 New Delhi: All eyes are on the rolling out of the Goods and Services Tax (GST) from July 1, 2017. GST will be a singular indirect tax, replacing the several taxes levied currently by the central and state governments. GST will be levied on all transactions of sales and services and separate tax rates for all goods and services have been identified under the rates of 0%, 5%, 12%, 18%, 28%. The implementation of GST will also see the abolition of cesses and surcharges levied by the government, which includes the Swachh Bharat cess.

The Swachh Bharat cess had come to effect on November 2015 at a rate of 0.5%. Apart from services exempted from service tax, the cess is levied on all services. The amount collected under the cess proceeded to the Consolidated Fund of India and was being utilised for financing and promoting services under the Swachh Bharat Abhiyan. The rolling out of GST will see the abolition of the Swachh Bharat cess. Along with the abolition of the Krishi Kalyan cess, levied for financing agricultural benefits to farmers and education cess, which helps in covering the cost of government sponsored educational programmes, the discontinuing of cesses would result in an estimated loss of Rs 65,000 crore by the exchequer.

How will this impact the Swachh Bharat Abhiyan? Till October 2016, nearly a year since its implementation, the Swachh Bharat cess had collected Rs 9,851.41 crore, a significant amount considering the financial requirements of the Abhiyan. Since the Abhiyan aims to build nearly 12 crore toilets, along with undertaking programmes related to solid and liquid waste management, waste segregation and spreading awareness about sanitation, the total cost of Rs 1.96 lakh crore is a huge one to bear solely by the Central government. But the question now arises on how the government plans to fulfill the financial void left by the abolition of these cesses.

Till now, no announcement has been made on how the government plans to financially make up for the cess amount which will no longer be collected once GST rolls out. The government has made it mandatory for 30 per cent of corporate social responsibility (CSR) funds to be utilised for Swachh Bharat Abhiyan, and will hope that more private funding is pumped into the programme, which is in its third year and has already achieved considerable progress with increase of 64.18 per cent in sanitation coverage compared to 42 per cent in 2014.

The government has asked more private companies to donate towards Swachh Bharat Abhiyan and is hopeful that more funds will be accumulated as a part of the Swachh Bharat Kosh in the coming year. We are hopeful that with in the coming financial year, corporate funding will increase and make up for the amount that will no longer be raised due to the abolition of the cess, said Gopal Jha, Under Secretary, Swachh Bharat Mission (Urban).

However, experts who have been keeping a track of the Abhiyan ever since its inception think that the abolition of the cess may have a considerable impact on the Abhiyan, though that would only be realised once GST is rolled out. Further, whether the financial losses due to the abolition of the cess will be made up by allocating more Central funds to the Swachh Bharat Abhiyan will be realised during the Union Budget for 2018-19. Considering the amount raised by Swachh Bharat cess, the corporate interest in the Abhiyan, despite government’s request, may not be able to match up to the amount collected via the cess.

The participation of the private sector in raising money for the Swachh Bharat Abhiyan has not been as good as expected, as the figures from last year show that the private sector managed to raise only Rs 246 crore. Though the government has repeatedly asked private companies to come forward with more financial participation, the sanitation programme may have to ultimately depend on government funds for further progress, said Saurabh Gupta, President of the NGO Shuddhi.

Another impact the Swachh Bharat Abhiyan, many feel, once GST rolls out is the implementation of a high tax rate of 18% on soaps and toiletries compared to the existing 12% and 12% on sanitary napkins though ironically, sindoor, bindis and bangles have been categorised as tax exempt. The Swachh Bharat Abhiyan stresses on maintaining cleanliness and one of the programme’s major objectives is to instill behavioural change among people by promoting the usage of soaps and handwash. A high tax rate of 18 per cent may deter many people from the lower economic strata to buy soaps or handwash, items necessary to maintain individual hygiene. Given that the programme encourages maintaining a healthy sanitation post the building of toilets, such high tax rates are uncalled for, feel experts and industry body.

The GST Council should consider lower rates for items like soaps, handwash and sanitary napkins. These are essential products for every day hygiene and setting such high rates for them goes against the spirit of Swachh Bharat Abhiyan. The price of these items must be kept as low as possible to ensure that more people are encouraged to buy and use these products, Praveen Khandelwal , Secretary General, Confederation of All India Traders (CAIT).

Sanitary equipment such as urinals, commodes and flushing cisterns will fall under the 12.5 per cent bracket and become more expensive. This will essentially translate to the whole exercise of toilet building becoming slightly more expensive for individual toilet constructions. Whether the Central Government levies a rebate for purchase of sanitary ware for Swachh Bharat purposes will remain to be seen, especially in rural areas from where the government is desperately trying to eradicate the habit of open defecation. The effects of GST will be realised once the taxation system is rolled out on July 1. With regard to abolition of the Swachh Bharat cess, and how the rise in prices for soaps and sanitary ware affects the spree of toilet building, it will be a few months before the effects are realised.