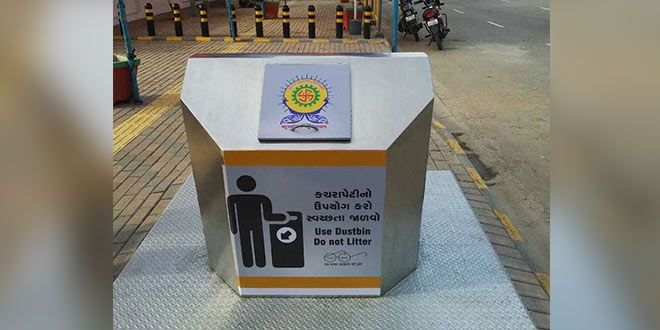 Mumbai: With an aim to give a new meaning to the concept of cleanliness and make the roads litter free in Gujarat’s diamond city Surat, the city corporation has explored a new technology and installed underground waste bins. The task of these special sensor-fitted bins is two-fold – end open dumping discreetly by keeping garbage out of sight. And secondly, these smart bins send alerts to the officials once 70 per cent of the bin is full thereby avoiding garbage overflow. These bins are being tried out in other cities as well. Cities like Mumbai and Chennai are currently in their respective planning stages. Other small cities which have a similar technology include Dharamshala, Panchkula and Dehradun.

Also Read: Gujarat To Conserve, Recycle And Reuse Of Water To Tackle Water Scarcity In The State

Most of the working hours of our staff were getting eaten up by the garbage spilled multiple times in a day in the same place. Keeping a track of how often the garbage bins get full was also becoming increasingly difficult. Under the Smart City Mission, the officials came up with the idea of underground bins to tackle this menace, Dr. Ashish K Naik, Chief Medical Officer, SMC tells NDTV. 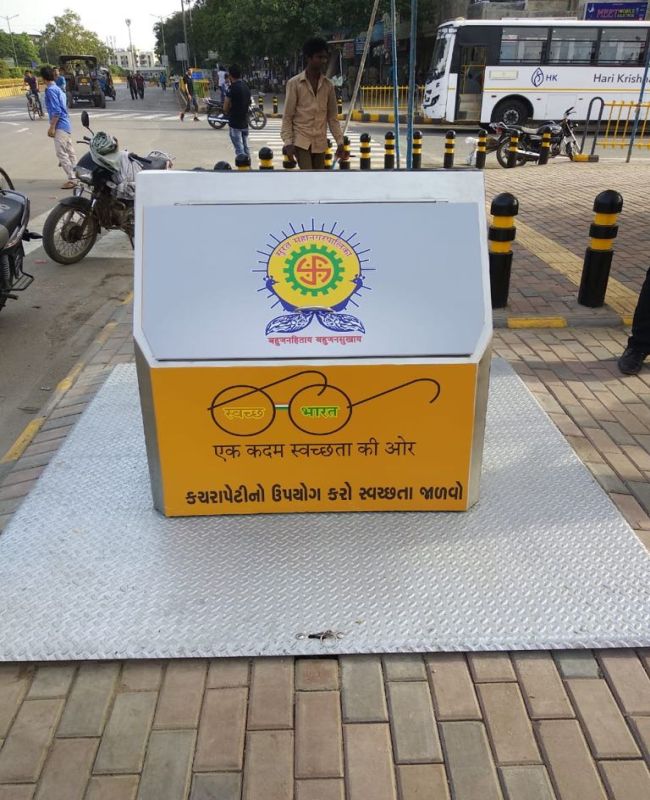 As part of the Smart City Mission, the Surat Municipal Corporation (SMC) had proposed installation of 75 underground garbage bins across the city last year of which 43 have been installed in public areas. A total of Rs 456 crore were spent by the SMC to install the bins. All the bins are equipped with two compartments – one for the general public to discard their litter and the other one for municipal workers who collect waste from that area. To ensure efficient waste segregation, the bins are further divided into dry and wet waste. The size of the underground dustbin is 3 cubic meters and each bin can hold up to 1.5 tonnes of garbage. 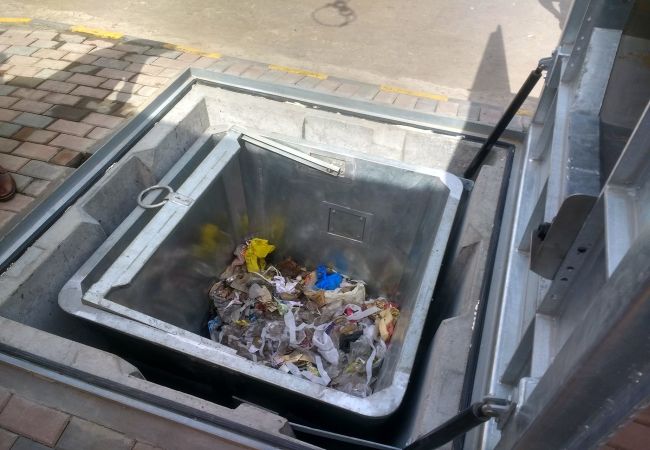 As per the corporation, the transportation cost of smart waste collection system is reduced by 8 per cent,

In present container system containers are lifted at Rs.660 per trip, but vehicle can empty only one container (650 kilos) per trip. The final cost comes to approximately Rs.1,013 per tonne. Under smart waste collection system cost comes to Rs 934 per tonne. Main advantage is timely emptying of all containers and multiple containers are emptied by single vehicle leading to lesser vehicle required for the entire system, reads a press release by the SMC. 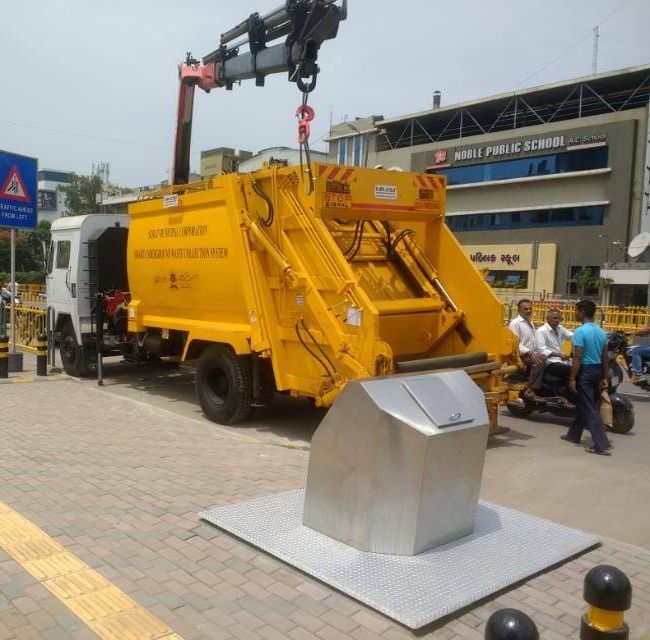 Besides the monetary benefits, the bins are also solving other issues related to cleanliness, “The automatic bin lifting, emptying and washing of underground dustbins ensures that no garbage is spills out while transferring the waste and the bins can be reused. The problem of overflowing is also resolved in the areas where these bins have been kept,” adds Dr Naik.

Moreover, the bins are helping the city in gradually eliminating vulnerable garbage points. Open dumping spots are reducing as people are now being careful while depositing their waste. This has resulted in a better environment. It has put an end to bad odour from dirty smelly bins and stray animals feeding on waste.

“As there is minimal human effort required, the workers don’t come in contact with the garbage thus giving them a clean working environment,” says Dr Naik.