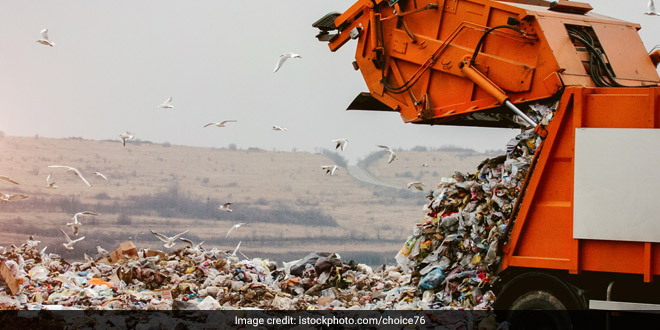 New Delhi: The tonnes of garbage at the ‘over-saturated’ Ghazipur dump-yard which collapsed on Friday claiming two lives is estimated to be just one percent of the entire landfill, a senior municipal engineer said. While the officials yet don’t see it as ‘big issue’, the site which was supposed to be shut in 2008, had been polluting air, water, and soil since 1984, and it now poses a real time threat to the people. As heap of garbage fell into the Kondi Canal running parallel to the site, experts also fear adverse consequences and a medical situation for the locals in the long run.

Speaking to IANS, Pradeep Khandelwal, Chief Engineer, East Delhi Municipal Corporation (EDMC) said, Just a piece of the landfill has come down, it’s only one per cent of the total landfill. We had removed most of the dump and are putting it back to the site.

Though the Delhi Lieutenant Governor Anil Baijal on Saturday banned the dumping of waste at the Ghazipur landfill site, but, the authorities are yet to come up with temporary waste dumping site location. 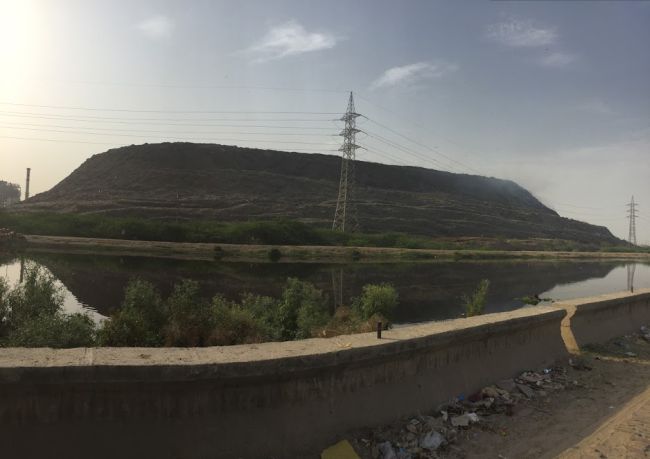 Ghazipur site is the oldest and one of the three “un-engineered” dumping grounds located in East Delhi. The others include Okhla in South Delhi and Bhalaswa in North Delhi. The yard at Bawana, which qualifies as a “landfill site” as it is the only “engineered solid waste dumping and processing site” in the entire National Capital, experts said, advising the authorities to wake-up and start working on “decentralised processing centres”.

Speaking about the waste, the city produces approximately over 14,000 tonnes of solid-waste daily. Explaining the reason of collapse, the municipal engineer said that the site was running out of space. The officials also underplayed the role of rains as sole reason, as joint-efforts of rains, fire, and excessive pressure collectively brought down a small chunk of the Delhi’s garbage mountain.

“The landfill had saturated long back and was holding more than its capacity,” Khandelwal said.

The official reiterated the year old story that the solid-waste from Ghazipur will be used by the National Highway Authority of India (NHAI) for construction of 74 km of Delhi-Meerut Expressway. They, however, claimed that the tendering process had been done and procurement of garbage would begin from “mid-November” this year.

The Ghazipur dump-yard spreads over 70 acres and is 50 metres high. The other un-engineered sites – Okhla landfill spreads over 32 acres and Bhalaswa covers an area of 40 acres.

Delhi has not learned anything and it’s high time to switch the process. The land is not at all a solution, there is hardly any left in Delhi anyway, said Swati Singh, the waste management expert at Centre for Science and Environment (CSE).

Calling the sites as simply “dumping yard”, she added that Ghazipur, Okhla and Bhalaswa were “not landfill sites at all”, as they did not the follow prescribed norms. According to the 2016 solid-waste management rules, a landfill site must not exceed 20 meters in height, must not be older than 22-25 years and must have a clay-lining at the bottom to save the land and ground water.

Delhi has over 2,100 dhalaos (small dumping sites) which must be turned into processing centres. We should not use dhalaos anymore, she said. Stressing on the need of a decentralised processing centre, where segregation of wet, dry and domestic hazardous waste is done and then treated, experts say that Delhi must follow cities like Pune, where such management system is at the place.

“Bio-methanisation plant would be the ideal solution,” Singh said.

All the three landfill sites had been catching fire in past, with Delhi Pollution Control Committee (DPCC), National Green Tribunal (NGT) and Supreme Court pointing out the same in the past.

As per the rules, the operation of an un-engineered landfill site is not permissible. However, as an immediate step for controlling the fire, in view of severe pollution level in Delhi, you are hereby directed to use the sludge generated by water treatment plant, said DPCC direction to the EDMC, regarding Ghazipur landfill in November, 2016, after the smog situation brought down Delhi’s air quality to a 10-year low.

The DPCC also asked the EDMC to cover up the entire Ghazipur landfill site with the debris from construction and demolition waste.

However, the site, like other three dumping grounds continued as they had been doing since decades of its operations.