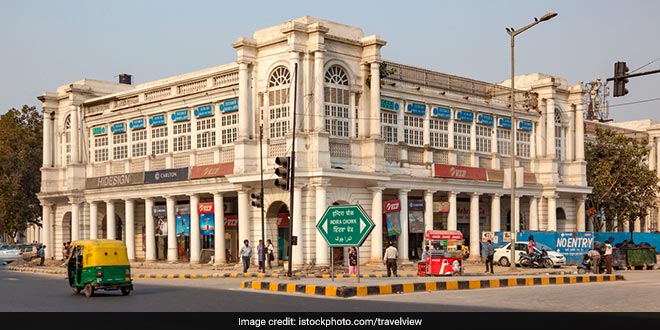 New Delhi: The Supreme Court has given three months to the Centre and Delhi government for the pilot project of setting up a ‘smog tower’ at Connaught Place and Anand Vihar here, while issuing a slew of directions to combat the menace of air and water pollution. Smog towers are structures designed as large-scale air purifiers to reduce air pollution. A bench of Justices Arun Mishra and Deepak Gupta directed the Delhi government to complete installation of smog tower at Connaught Place within three months.

Let smog tower be installed at Anand Vihar as pointed out by Central Pollution Control Board (CPCB). Let Delhi government provide space of 30×30 meters for installation of experimental tower at Anand Vihar within seven days. The project to be funded by the Union government, however, Ministry of Environment and Forests is directed to monitor the project. Let project be completed within three months, the bench said.

With respect to water quality supplied in Delhi, the bench sought a report from the pollution control boards concerned as well as the Indian Bureau of Standards after random checking of various samples in Delhi within one month. The apex court also directed use of anti-­smog guns in Delhi and NCR for large construction sites, road construction stretches, mining activities, large parking sites on unpaved areas and during large public gatherings, demolition activities etc.

It be made compulsory to make use of anti-­smog guns in Delhi-­NCR in projects that require environmental clearance from the State/Central level on site having built­ up area of more than 20,000 sq mts. including excavation, material handling and other dust generating activities. Let an appropriate policy decision be also taken with respect to cost of installation, duly considering the principle ‘polluters pay’ evolved by this court, the bench said.

With regard to the pollution caused by crop burning, the apex court sought a comprehensive plan.

Let Crop Residuary Management be prepared, its use inter alia as fertilizer, cattle food and bio fuel be also worked out. Let the final decision be taken with respect to incentive and disincentive of Rs 100 per quintal and the in­situ farming, the bench said.

It also ordered that the Centre, and the state governments of Punjab, Haryana and Uttar Pradesh (UP) prepare a scheme for making available “Combine Harvesters, Happy Seeders, Hydraulically Reversible MB Plough, Paddy Straw Chopper, Mulcher, Rotary Slasher, Zero Till Seed Drill and Rotavators and balers” especially dedicated to small and marginal farmers to be made available either free of charge or on nominal rental basis.

Expressing concern over pollution caused by plastics, industrial and other wastes, the top court directed Delhi, UP, Haryana and Rajasthan governments to ensure that waste is not burnt, used for processing and is removed on time­ bound basis without fail and report be filed within six weeks.

We direct pollution control boards of Delhi, Haryana, Rajasthan and UP to monitor the industrial areas especially at night also and to take stringent action with respect to the industries emitting black smoke from chimneys and it be ensured that the industries comply with the norms and standards for PM/NOx/Sox. “For construction and demolition, we direct Delhi, Rajasthan, Haryana and UP to file status report regarding compliance with Construction and Demolition Waste Management Rules, 2016. Let penal action be taken against developers found flouting the norms, the bench said.

It also directed them to file status report on the penalty imposed and the action taken on developers for violating norms regarding construction and demolition activity and whether any developer has been blacklisted. The apex court also directed Delhi, Haryana, Rajasthan and UP to file status report with respect to compliance of road construction norms and details of non­-compliant portion.

Let Delhi, Haryana, Rajasthan and UP point out existing facilities of recycling of construction and demolition waste and deficit of facilities in this regard. With respect to waste burning, compliance of Solid Waste Management Rules, 2016 be ensured by them. Let comprehensive plan for waste management be prepared and existing facilities and overall requirement be also worked out, it said.

Let the consideration be made within two weeks in consultation with the sectoral expert and other concerned stakeholders. Let proper research and development be made in wireless sensors network technology. Let concerned officials consider further LiDAR (a laser based method) and Spectroscopic monitoring techniques as considered appropriate by them. Let use of spectroscopy to monitor ambient air quality be considered by various states, it said.

River Ganga Gets A Makeover In Bihar, Courtesy Riverfront Project