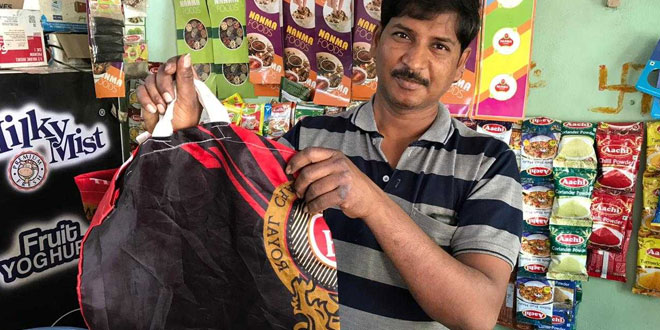 New Delhi: Picture this: You go all the way to a stadium to witness a nail-biting match as part of Indian Premier League (IPL) between your favorite team and the opponent. As a tradition, you wave flags throughout the match to cheer your beloved team. But have you ever spared a thought to what happens to the flag, placards, waste items like food packets, bottles, among others, you leave behind? Usually, the waste collectors wield their broom, collect and dump flags with other dry waste. But only this time, in M. Chinnaswamy Stadium in Bengaluru, the flags which are made using premium quality cloth are being segregated to get upcycled into cloth bags, all thanks to Swabhiman, a city-based non-governmental organisation (NGO), Saahas Zero Waste, Chirag Arora and Ramakanth.

Talking to NDTV about the initiative, Ramakanth, a waste crusader from Bengaluru says,

I initially suggested the Karnataka State Cricket Association (KSCA) to place bins where fans could drop flags post-match. These flags could then be reused. Unfortunately, the idea didn’t get acceptance so I approached Saahas Zero Waste, an organisation that has been given the responsibility to collect all the waste during the matches, and asked them to segregate flags.

The collected flags are then given to Swabhiman NGO that upcycles them into bags. Giving out details of upcycling flags into bags to NDTV, Venkatraman Iyer, the founder of Swabhiman, says,

Since 2014, our NGO has been working towards women empowerment. We work with women who are free during the day and are ready to increase their household income. As part of the programme, we have provided sewing machines to 25 women and kora cotton material to stitch cloth bags. In 2016, when the state of Karnataka imposed a ban on plastic, the production of cloth bags increased. Also, we have been collecting discarded flex banners to stitch them into bags. So, when Ramakanth gave me the idea of stitching flags into bags, I accepted it.

Also Read: IPL 2019: When RCB Decided To Wear Green Jersey Against Delhi Capitals To Bat For The Planet

Till now, the team has stitched 1500 bags and plans to produce 3500-4000 more bags by the end of IPL which is on May 12. The team is sewing two different sizes of bags so as to be used for varied purposes. While the bigger bag is made using the entire flag, the smaller ones are fabricated from a half of the flag. The cost of making one bag which is durable and can easily hold 3-5 kgs of weight is Rs. 9. Talking about the expenses, Mr Iyer says,

The bags are being stitched on a no-profit basis.

Also Read: Upcycling Old Jeans Into Funky Bags, Mantra Of This Mumbai Woman Who Gave A Spin To 2,500 Denims

Once stitched, bags are handed over to Chirag Arora, an engineer by profession and a waste crusader by passion, who distribute these bags to street vendors for free. Talking to NDTV about what motivated him to be a part of the initiative, Chirag says,

I work for the community in my personal capacity and have been working on waste management. One day when someone asked me if I can get a sponsor for the flag to bag initiative, I decided to self-fund it. Later, I decided to grab the attention of masses via crowdfunding. Through this initiative, we are fostering the use of cloth bags among both vendors and consumers. We are also encouraging upcycling, and reducing the waste load on overflowing landfills of India. 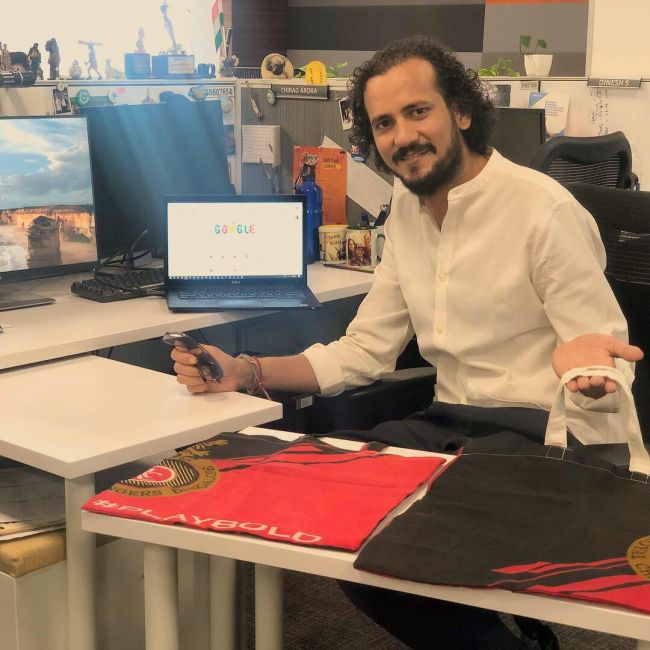 Meet Chirag Arora, an engineer and waste crusader who started sponsoring the flag to bag initiative

To promote the idea, back in April, Chirag shared the photos of bags with a write-up about the initiative on social media. While Chirag offered to sponsor for 1000 cloth bags, he crowdfunded Rs. 15,000 for the initiative.

Whosoever contributes with whatever amount, I send them some bags and ask them to further distribute it to street vendors and hawkers. I’m not selling it to anyone, because the idea is not to earn from it, but to manage waste and show how creatively it can be reused, says Chirag.

The initiative is an exemplary in itself. It shows if a handful of citizens can come together and bring in a change then what all the entire country can do in terms of waste management and kicking out hazardous plastic. 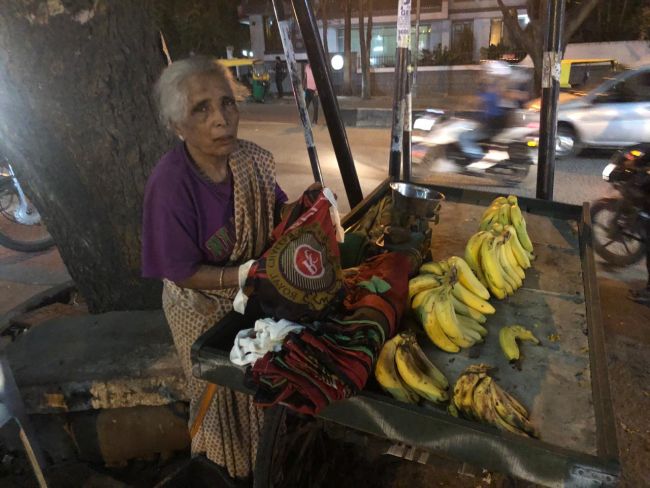