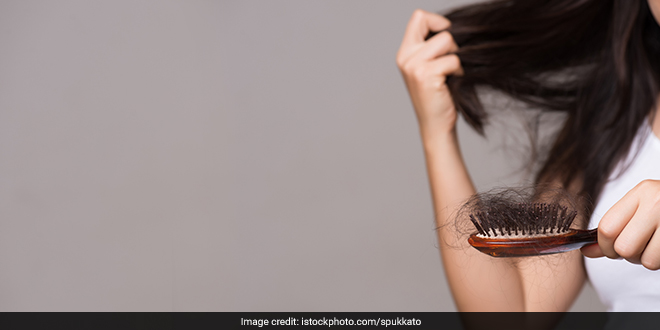 New Delhi: Iron, one of the vital nutrients present in red blood cells (RBCs), aids in building immunity and boosts haemoglobin level (Hbs) which means less chances of contracting iron deficiency anaemia. Lack of iron in the body can lead to iron deficiency anaemia which further results in reduced oxygen carrying capacity, affecting various body functions. Despite being a crucial component in the proper functioning of a human body, it is often ignored and many individuals don’t even know they have iron deficiency.

Though iron deficiency is usually diagnosed and confirmed through a medical test, but some of the common symptoms can help in detection and taking corrective measures. Here is a quick guide on the symptoms of iron deficiency:

There are many reasons behind dry and damaged hair and skin and hair loss but iron deficiency can definitely be one of them. The lack of oxygen supply to hair follicles, due to iron deficiency could affect the quality and growth of hair.

Physical exhaustion, fatigue and continuous feeling of being worn out is common in case of iron deficiency.

The word immunity literally means the ability of an organism to resist a particular infection or toxin. The human immune system is a defence and shield against plausible infections. The stronger the immune system, healthier the human body. But lack of iron can weaken the immune system.

It is a syndrome characterised by a nearly irresistible urge to move the legs, usually because of an uncomfortable sensation. The moving of leg aids in getting rid of the sensation while resting. Iron deficiency is a common reason behind this syndrome.

It is, an eating disorder that involves sudden urge to eat strange things (not regular food items) with no nutritional value, like chalk, dirt, paper, clay, among others and might be due to iron deficiency.