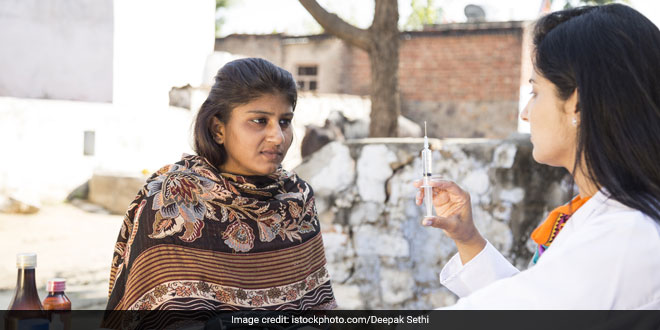 New Delhi: Iron performs many important functions in one’s body. One of the primary tasks of iron is to transfer oxygen from the lungs to tissues. Iron also plays a vital role in warding off infections and illness, maintaining energy levels and normal brain function. If there is not enough iron available in the body the condition is termed as Iron deficiency. Despite the serious consequences and high prevalence of iron deficiency across the world, it is still an under-recognised condition. Globally, iron deficiency is prevalent in a staggering one-third of the world’s population as per the World Health Organisation. Moreover, iron deficiency ranks number 9 among 26 risk factors included in the Global Burden of Diseases according to the National Centre for Biotechnology Information. To raise awareness about the serious health consequences posed by iron deficiency, November 26 is commemorated as Iron Deficiency Day.

The Correlation Between Anaemia And Iron Deficiency

Anaemia is a blood disorder in which the oxygen-carrying capacity is reduced due to low levels of haemoglobin (Hb) in the blood or low production of healthy red-blood cells (RBCs). It is usually caused due to inadequate amount of Iron in the body. As per experts, anaemia due to iron deficiency is the most common form of the disease.

Iron deficiency or iron deficiency anaemia is most prevalent among women, as they can suffer from anaemia due to heavy blood flow during menstruation or during delivery when the blood loss is high. Yet, most of the women are simply not aware of this condition. The condition is very much treatable if special care is given to the diet.

The Burden Of Iron-Deficiency Anaemia Among Women In India

As per the National Family Health Survey data, during the period 1998–2016, over 50% of women aged 15–49 years had iron deficiency anaemia. Moreover, WHO also states that Iron and Folic Acid intervention (a scheme launched by the government to meet the challenge of high prevalence and incidence of anaemia amongst adolescent girls and women in India) appears to be ineffective in reducing the burden of iron deficiency anaemia in the country.

Clinical Nutritionist Lovneet Batra says in India it is very easy to manage an iron-rich diet and thus cure the iron deficiency. Sharing some of the iron-rich foods that one should have, she adds,

Foods like ‘rajgiri’ or ‘amaranth’ which are easily available, black chana, chikpeas, peanuts, dates, apricot, munakka and nuts like cashews among many others should be eaten regularly to avoid the iron deficiency. Lentils should be the go-to food if you are looking for iron-rich vegetarian diet.

Ms Batra also shared a few snack ideas for children who are dealing with the iron-deficiency and added,

The super iron booster snack, ‘Rajgiri Chikki’, can be prepared by mixing amaranth, peanuts and jaggery, heating the mixture and making cookies out of this mixture. Apart from the ‘chikki’, pizza base can be made from the ‘rajgiri’ flour which can be topped with lots of vegetables and served as nutrition packed snack to children. 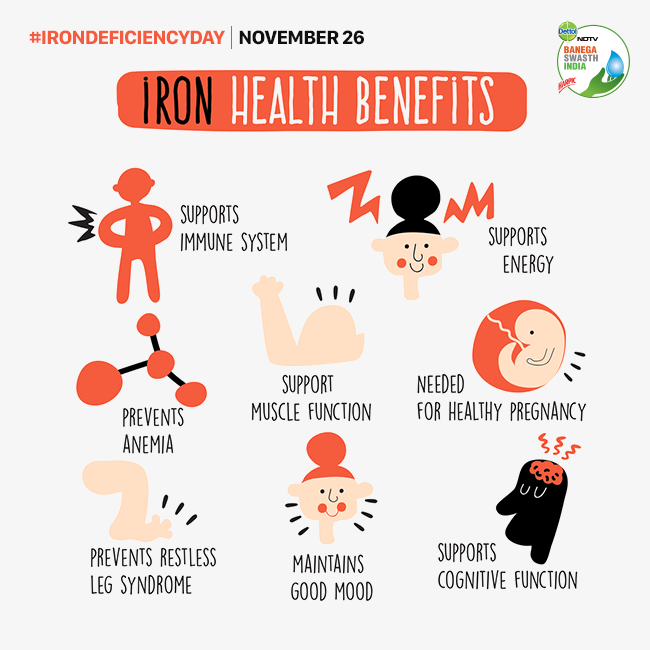 A look at the health benefits of having Iron-rich diet