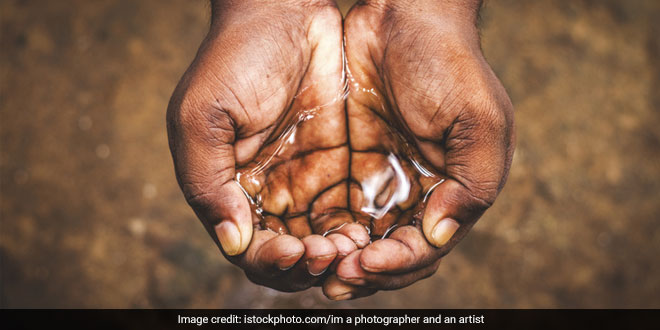 New Delhi: Every household in India will have access to drinking water by 2024 under the Jal Jeewan Mission, Union Jal Shakti Minister Gajendra Singh Shekhawat has said. The minister made the remark at an event titled “Water Impact Initiative and Ambassadors’ Dialogue with Minister of Jal Shakti” in the presence of ambassadors and diplomats from many countries including Australia, Germany, and France.

You would have heard in the media that the Government of India has launched the Jal Jeewan Mission which aims to invest nearly Rs. 3.5 lakh crore over the next few years to bring access to drinking water to all households by the year 2024, said Mr Shekhawat.

U. P. Singh, Secretary in the Ministry of Jal Shakti and Rajiv Ranjan Mishra, Director General of National Mission for Clean Ganga were also present on the occasion.

Our PM, Narendra Modi Ji has said that our efforts have to quadruple in all forms from those that have been made in the last 70 years. That is because water has remained an under-invested category in our country resulting in many challenges, to solve which requires a long journey but we are not afraid of that and have started to move with rapid pace towards the goal of providing water to all, the minister said.

The ambassadors and diplomats present at the meeting shared experiences of their countries to achieve water security.

Daniel Chuburu, the Argentina Ambassador to India, said that water is not only a strategic goal but also a matter of human rights and requires a collective effort by all countries if the 2030 SDG agenda is to be met.

The Australian High Commissioner to India Harinder Sidhu referred to the fact that although Australia is the driest inhabited continent in the world, it is still one of the leading agricultural producers in the world due to judicious water management.

She said that Australia has a deep commitment to working with India on the Jal Shakti Abhiyan.

Ron Malka, the Israeli Ambassador to India, pointed out that it is essential to make a distinction between water sources and uses. “We see ourselves as a water respectful culture,” he said. Diplomats from other countries also spoke of river cleaning initiative in their countries and the benefits of ‘twinning’ with these efforts.