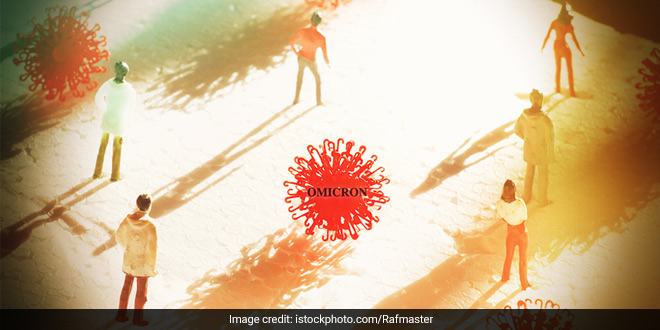 Omicron sub-variant BA 2.75 is the leading cause of transmission and it spreads faster: Dr Suresh Kumar, Medical Director, LNJP

New Delhi: Lok Nayak Jai Prakash Narayan (LNJP) Hospital Medical Director Dr Suresh Kumar on Saturday (August 13) said that Omicron sub-variant BA 2.75 is the dominant variant in Delhi having been found in a majority of cases. “We did a study where we wanted to know which sub-variant is having the highest transmission. We analysed data from 90 samples in August and found that more than half of the patients were infected with BA 2.75. It is the leading cause of transmission and it spreads faster,” Dr Kumar told ANI.

We have also noticed viral pneumonia and low oxygen in some cases, he added.

Dr Kumar highlighted that reinfection has also increased as BA 2.75 sub-variant can escape the immunity and can infect people who took the vaccine earlier.

I would suggest people to take the third dose soon as due to prior vaccine, the severity of the disease can be reduced. Recovery time is usually 5-7 days, he said.

Talking about the recent surge in COVID cases in Delhi, Dr Kumar said,

India reported 15,815 new COVID cases in the last 24 hours with a daily case positivity rate of 4.36 percent, stated the Union Ministry of Health and Family Welfare on Saturday. The active caseload in the country now stands at 1,19,264 accounting for 0.27 percent of the total cases.

According to the Ministry, 20,018 COVID patients recovered in the last 24 hours. The total number of recovered patients from the disease in the country rose to 4,35,93,112. The recovery rate currently stands at 98.54 percent.