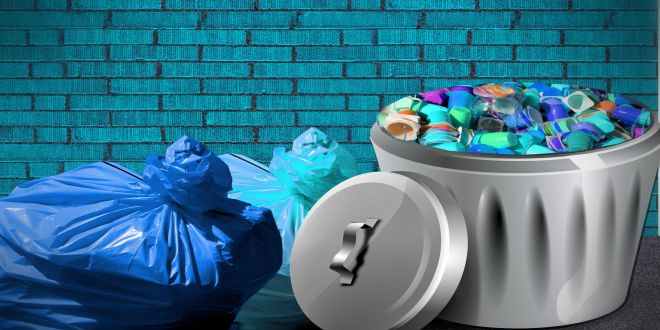 New Delhi: “Maharashtra generates over 1,200 tonnes of plastic waste per day, but we don’t know how much of it is recycled,” said the state’s Environment Minister Ramdas Kadam. Such is the state of plastic pollution in India’s second most populous state, and as a final assault on this environmental problem and to curtail plastic pollution, Maharashtra government on March 23 passed a notification to ban a slew of plastic items. However, this is not the first time that plastic has been banned in Maharashtra. In 2006, the government banned plastic items below 50 microns (thickness) but it wasn’t properly implemented. The question is – will the government be able to effectively implement the plastic ban this time, starting June 23? This time the government has been more cautious and determined to impose the ban effectively, for which it has taken a number of measures – from sanctioning Rs 10 crore to spread awareness about the plastic ban to conducting exhibitions, interacting with school children, setting up plastic collection centres across the state, posting actively on social media to reach a large number of people, and imposing heavy penalties for plastic ban violations and even constituting teams to check such violations.

Here’s a complete lowdown of Maharashtra’s plastic ban, which is all set to come into effect from June 23:

Maharashtra Plastic Ban: What Are The Fines?

As per the notification, those found violating the ban would be penalised Rs 5,000 for the first time offense and Rs 10,000 for violation the second time. While beyond the second chance, the repeat offenders would have to shell out as much as Rs 25,000 and may also face imprisonment for up to three months.

Which plastic items are banned in Maharashtra?

1) Carrying any type of plastic bag

2) Disposable plastic products like spoons, forks, cups, plates, glasses, bowls, and container are prohibited for use by users, shopkeepers and manufacturers

6) Plastic packaging to wrap or store the products or liquids

Which plastic items are exempt from the plastic ban in Maharashtra?

1) Plastic bags or plastic used for packaging of medicines

3) Plastic and plastic bags used for export purpose only

What is buyback system for milk bags and water bottles introduced in Maharashtra plastic ban notification?

The plastic ban notification issued on March 23 also introduced a buyback scheme for milk polypacks – consumers will have to pay a minimum of 50 paise per plastic bag (has to be more than 50 microns thick, should be recyclable, and the price for buyback should be clearly printed), which will be refunded after they return the used pouch to the retailer for recycling.

And for bottles of packaged drinking water, consumers will have to pay a buyback price of Rs 1 and Rs 2 for a 1 liter and 500 ML bottle respectively. Notably, the usage, purchase, sale, distribution and storage of PET and PETE (both acronyms for polyethylene terephthalate) bottles having a holding capacity of less than 500 ml has been banned completely.

Also, all of the PET bottle manufacturers, producers, sellers and traders under the ‘extended producers and sellers/traders responsibility’ will have to develop a ‘buyback depository mechanism’ with a predefined buyback price printed specifically on each bottle.

Also Read: ‘Let Us Give Our Children A Better Future, One Which Is Free From Plastics,’ Say Bollywood Actors Ajay And Kajol Ahead Of Maharashtra Plastic Ban

As a substitute for plastic carry bags, the state government is trying to produce more and more environment-friendly cloth bags, and is taking a number of initiatives to make people aware about the available alternatives to plastics. As part of this exercise, the Brihanmumbai Municipal Corporation (BMC) has organised a three-day exhibition (June 22 – 24) at the National Sports Club Of India, Worli, where around 60 organisations are displaying ed eco-friendly products ranging from eco-friendly cutlery to a recycled nursery for the plant lovers and cloth bags. The government has collaborated with various women self-help groups to produce such alternatives.

Who all are in charge of implementing the Maharashtra plastic ban

Since the fine is applicable to almost every one, whether a consumer, vendor or a manufacturer – most of the officials of the government departments, including municipal commissioners, shops and establishment officers, sanitary or health inspectors, district collectors, sub-divisional officers, police officials, officers of Maharashtra Pollution Control Board, Maharashtra Tourism Development Corporation, Forest Department, to name a few, have been authorised to implement the plastic ban regulations.

On June 8, the state government also informed the Bombay High Court that it has formed a special task force comprising plastic manufacturers’ associations, experts and government officials to ensure that the plastic ban is effectively implemented and also find other ways to put an end to plastic waste in Maharashtra.

Got queries about plastic ban? Call this helpline number or use this mobile app

To ensure that people don’t face any issues with the plastic ban, the government also set up a toll-free helpline (1800-222-357) for queries and informing regarding the plastic collection centres. Notably, the state government also gave the manufacturers, distributors, and consumers a period of three months to dispose their existing stock and come up with alternatives to plastic usage.

The state government also launched an interactive ‘Plastic Bandi’ which to provide awareness about the plastic ban, eco-friendly alternatives to plastic, penalties, and a platform for citizen contribution. After downloading the app, the users can also contribute their suggestions.

Maharashtra Plastic Ban Will Be Beneficial In The Long Run, Say Citizens On The First Day Of The Ban