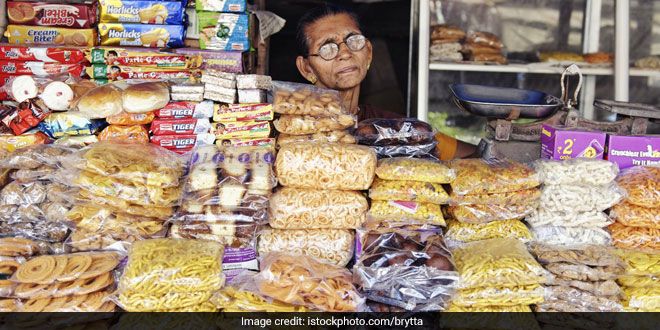 New Delhi: The Law and Revenue Committee of the Brihanmumbai Municipal Corporation (BMC) has rejected the civic body’s proposal to reduce the fine amount for violating the plastic ban from Rs 5000 to Rs 200. With this rejection, the residents of Mumbai will have to shell out Rs 5000, if found carrying a plastic bag or taking one from a vendor, post the plastic ban becomes effective from June 23. And for violating the plastic ban for the second time, the violator will have to pay Rs 10,000, and may face up to three months’ jail and a fine of Rs 25,000 for every subsequent offence.

We were of the opinion that to make the ban a success, the fine should be reduced to Rs 200. However, the proposal has been referred back. The fine will remain the same as per the Section 9 of the Maharashtra Non-Biodegradable Garbage (Control) Act 2006, which stated that the offenders will be fined up to Rs 5,000 for the first time. And for non-compliance with provisions of Maharashtra Non-Biodegradable Garbage Control Act, 2006, offence can also be registered in court. The residents of Mumbai should support us in the effective implementation of the plastic ban by shunning the use of plastics and opt for eco-friendly alternatives, said an official of the Brihanmumbai Municipal Corporation.

Earlier this week, the the Brihanmumbai Municipal Corporation proposed to reduce the fine amount stating that a common man will not be able to pay Rs. 5000 as fine as no one carries that much money in their pockets so they cannot afford to pay the penalty. The civic body took this decision based on the suggestions given by both the implementers and consumers, who advocated that the penalties should be in an affordable range, otherwise asking for such a big amount of Rs. 5000 as fine, could also lead to conflicts between citizens and inspectors of plastic ban squad or BMC officials. However, the BMC maintained that the manufacturers and the shopkeepers will fall under the Rs 5000 bracket for first time violation of the plastic ban.

Also Read: Maharashtra Plastic Ban: BMC Organises Special Classes In Mumbai On How To Cope With The Plastic Ban

In a bid to clear confusion about the items that fall under the banned list, the Deputy Municipal Commissioner Nidhi Choudhari took to social media and stated that there’s no ban on plastic packaging for medical purposes, on rain coat/tarpaulin sheets/pens/plastic wrapper of biscuits, chips etc, and on plastic/thermocol packaging of products at manufacturing stage.

Sharing clarity on which items are part of the plastic ban, she tweeted: