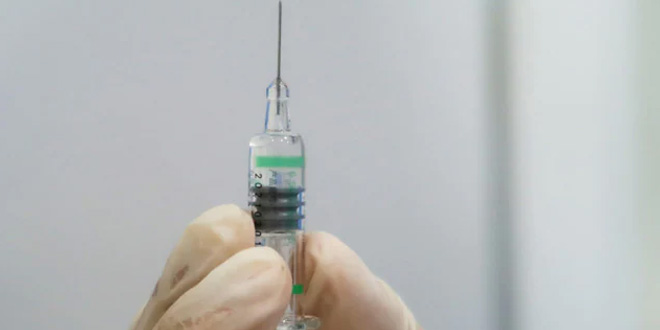 Washington: Giving a different vaccine as the third dose than was received for the first two shots leads to better performance compared to using the booster of same preventive, according to a study published in The Lancet Global Health journal. The research assessed the effectiveness of CoronaVac, Pfizer and AstraZeneca vaccine boosters in individuals who had a primary two-dose immunisation schedule with CoronaVac, compared with no vaccination. CoronaVac is an inactivated SARS-CoV-2 vaccine which accounts for about half the COVID-19 vaccine doses delivered globally.

The researchers from the Universidad del Desarrollo, Pontificia Universidad Catolica de Chile, and colleagues from the Chilean Ministry of Health looked at Chile’s national immunisation programme, where the two-dose Coronavac schedule was by far the most widely used.

Individuals administered vaccines from February 2, 2021, to the prespecified trial end date of November 10, 2021, were evaluated.

A total of 11,174,257 (over 1 crore) individuals were eligible for this study, among whom 4,127,546 (over 41 lakh) completed a primary immunisation schedule (two doses) with CoronaVac and received a booster dose during the study period.

Our results suggest that a third dose of Coronavac or using a different booster vaccine such as Pfizer or AstraZeneca vaccines in those that had previously had two doses of Coronavac provides a high level of protection against COVID-19, including severe disease and death, the authors of the study noted. However, receiving a different vaccine for the booster dose results in higher vaccine effectiveness than a third dose of Coronavac for all outcomes, providing additional support for a mix-and-match approach

Booster programmes were initiated in various countries due to emerging evidence of waning immunity from two dose schedules.

Boosters are also important because evidence suggests that inactivated vaccines like Coronavac offer lower protection than the new mRNA technology vaccines from Pfizer and Moderna.

Delta was the predominant circulating variant in Chile during the study period.

COVID-19 Cases Continue To Rise In The National Capital, Is It Time To Worry?

Covid Vaccines Of All Eligible Children At Earliest A Priority: PM To Chief Ministers