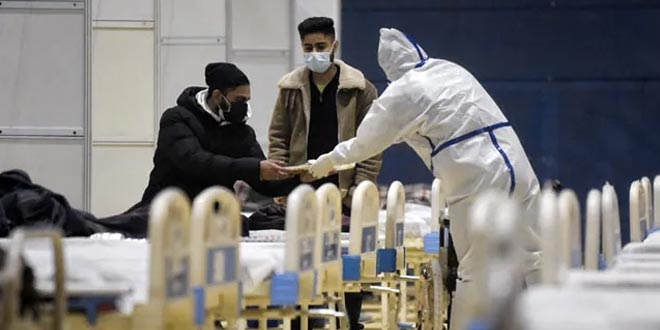 Coronavirus: The study showed the third wave affected those aged below 40 the most

New Delhi: Seventy per cent of people who received a booster dose of Covid vaccine did not get infected during the third wave, according to a new study that covered around 6,000 people in India. The study led by Dr Rajeev Jayadevan, co-chairman of the Indian Medical Association’s national task force on coronavirus, said that 45 per cent of the vaccinated people who did not take a precautionary dose reported Covid in the third wave.

Women accounted for 45 per cent of the people surveyed, while 53 per cent were healthcare workers.

Of the 5,971 people, 2,383 took the booster dose and 30 per cent of them reported Covid during the third wave, it said. The boosted group also had a greater proportion of healthcare workers and higher N95 use.

The researchers concluded that a long gap after the second dose correlated with a higher chance of infection during the third wave. Also, “giving a third dose before a six-month gap did not make a difference in the infection rate”, it said.

The study also showed that the third wave affected those aged below 40 the most — around 45 per cent of them got infected.

Among the 2,311 people who were infected during the third wave, 4.8 per cent were asymptomatic while 53 per cent had mild symptoms. Moderate severity was reported by 41.5 per cent, while 0.69 per cent had severe disease.

The government authorised a third dose of the same vaccine for healthcare and frontline workers, and the people aged above 60 from January 10 to mitigate the severity of infections, hospitalisation, and death.

Covid Vaccines Of All Eligible Children At Earliest A Priority: PM To Chief Ministers