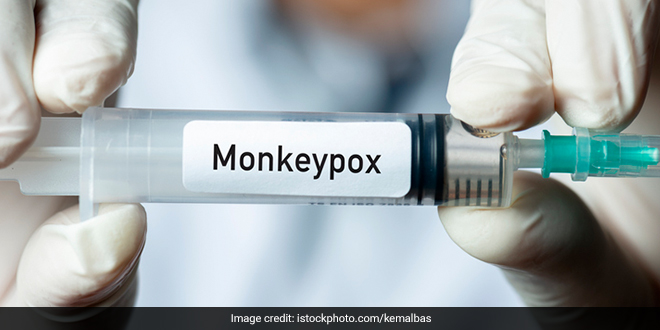 Melbourne: The recommended vaccinia virus (VACV)-based vaccines will mount a robust immune response against the monkeypox virus observed in the current outbreak, according to a study. Vaccinia virus is a large, complex, enveloped virus belonging to the poxvirus family. Since the new virus was first observed in early May, over 52,000 cases have been confirmed in more than 90 countries and regions, the researchers said.

The team undertook genomic research to find out if the genetic mutations observed in monkeypox virus observed in the current outbreak (MPXV-2022) may affect vaccine-induced immune responses against the disease.

Specific VACV-based vaccines have demonstrated high efficacy against monkeypox viruses in the past and are considered an important outbreak control measure. However, given this is a novel monkeypox virus, we still lack scientific data on how well human immune responses triggered by VACV-based vaccines will recognise MPXV-2022 and provide protection against disease, said Matthew McKay, from the University of Melbourne, Australia.

The study, published recently in the journal Viruses, evaluated the genetic similarities and differences between VACV and MPXV-2022, specifically within the protein regions that are targeted by vaccine-induced neutralising antibodies or T cells.

While we identified a small number of distinct mutations in MPXV-2022, our study more broadly demonstrates that VACV and MPXV-2022 are highly genetically similar in the regions targeted by the immune system through vaccination, Mr. McKay explained.

Based on our analysis, we anticipate that the immune responses generated by VACV-based vaccines would continue to do a good job of recognising and responding to MPXV-2022, as was the case for monkeypox viruses in the past.Our data lends further support to the use of vaccines being recommended globally for combating MPXV-2022.

The World Health Organization has recommended primary preventive vaccination against the new monkeypox virus, which is also known as pre-exposure prophylaxis, for individuals at high risk of exposure.

While bringing together sequencing and immunological data provides evidence to anticipate a strong immune response, clinical studies are required to determine the exact efficacy of these vaccines against MPXV-2022,” Mr. McKay added.

Also Read: Tomato Flu vs Monkeypox: Here Is What Experts Have To Say