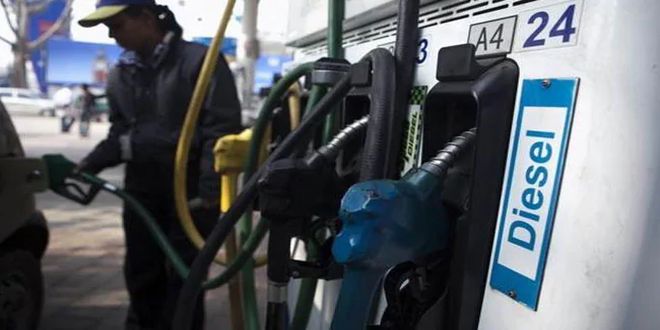 New Delhi: In a bid to tackle the menace of toxic emissions at petrol pumps, the National Green Tribunal has directed public sector oil companies to install vapour recovery devices at all fuel stations by October 31. Vapour recovery device is an instrument to capture displaced vapours that emerge from inside a vehicle’s fuel tank when petrol or diesel is dispensed into it. A bench headed by NGT Chairperson Justice Adarsh Kumar Goel said installation of machines was necessary in view of the adverse effects of chemicals like benzene, toluene and ethylbenzene on human health and environment.

“There is no dispute about the need for installing Stage-I and Stage-II vapour recovery devices at all fuel stations, distribution centres, terminals, railway loading/unloading facilities and airports in the National Capital Territory of Delhi. The only issue is the implementation. The matter is pending for over two years. The timelines prescribed by the Central Pollution Control Board (CPCB) have expired. There is no justification for the long delay which has already taken place in the matter in taking requisite steps necessary for protection of environment and public health,” the bench, also comprising Justice S P Wangdi, said.

The tribunal directed the oil companies, Indian Oil Corporation, Bharat Petroleum Corporation and Hindustan Petroleum Corporation Ltd, to install Stage-I and Stage-II vapour recovery devices by October 31 and asked the CPCB and the Ministry of Petroleum to issue directions and ensure that necessary steps are taken by all the concerned.
“In respect of petrol pumps selling more than 300 KL per month, the directions must be required to comply with preferably on or before October 31 this year and with regard to remaining on or before December 31 this year. The tribunal may have to consider directing prosecution of the chairman of the oil complies for violation,” the bench said.
It also directed the CPCB to file a compliance report after taking compliance reports from all the oil companies by January 15 next year. The tribunal was hearing the plea by advocate Aditya N Prasad and Delhi resident Vallari Sheel, who contended that petroleum products at fuel stations contribute significantly to air pollution, and sought directions to stop release of volatile compounds during transfer of petroleum products.

The plea referred to a study conducted at various petrol pumps of Delhi which has found that the level of toxic fumes containing pollutants known as volatile organic compounds (benzene, toluene and xylene) was several thousand times higher than the permissible limits. “Petroleum products at fuel stations contain traces of benzene, toluene and xylene (BTX) all of which are highly toxic in nature. BTX are also potentially toxic air pollutants among other volatile organic compounds (VOCs) and have been subjected to significant investigations/research in western countries as well as in India. BTX is present in both exhaust emissions from vehicles and evaporative emissions at the fuel delivery outlets. It is pertinent to note that exposure to high level of BTX causes neuro-toxic symptoms. Persistent exposure to high levels of BTX may cause injury to human bone marrow, DNA damage in mammalian cells and damage to the immune system,” the plea said.

Recently, the Delhi Pollution Control Committee had directed all the oil companies to ensure installation of vapour recovery system at petrol pumps in the city. “Direct the respondents to install Stage I and Stage II vapour recovery devices at all fuel stations, distribution centres, terminals, railway loading/unloading facilities and airports in the National Capital Territory of Delhi,” the plea said.