New Delhi: According to experts, good health cannot be ensured by the availability of nutritious food alone. The World Health Organization (WHO) estimates that more than 50 per cent of malnutrition in developing world is associated with repeated diarrhoea or intestinal worm infections caused as a result of unsafe water, inadequate sanitation or insufficient hygiene. Thus, as India observes September as the ‘Poshan Maah’ or Nutrition Month with a goal to improve the nutritional status of children and women, WaterAid India takes a closer look through a photo project at the connection between water, sanitation and hygiene (WASH) services and nutritional status of children in India. 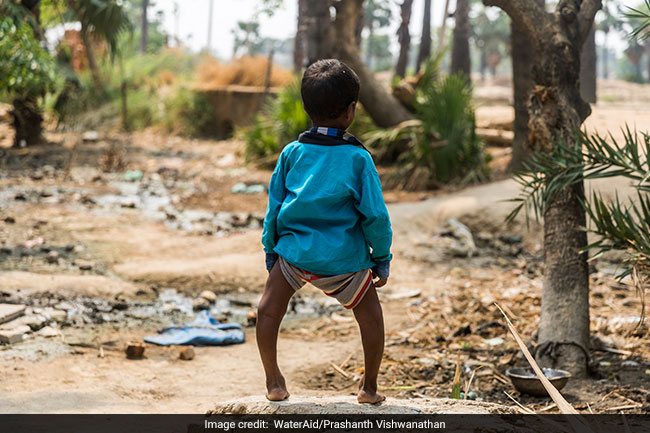 Undernutrition affects millions of children in India and is a consequence of insufficient food intake or inadequate nutrient absorption, and of repeated infectious diseases. With 38.4% of children under the age of five stunted (as per National Family Health Survey- 4), India has among the highest number of children who are short for their age in the world, a marker for hampered physical and cognitive growth. 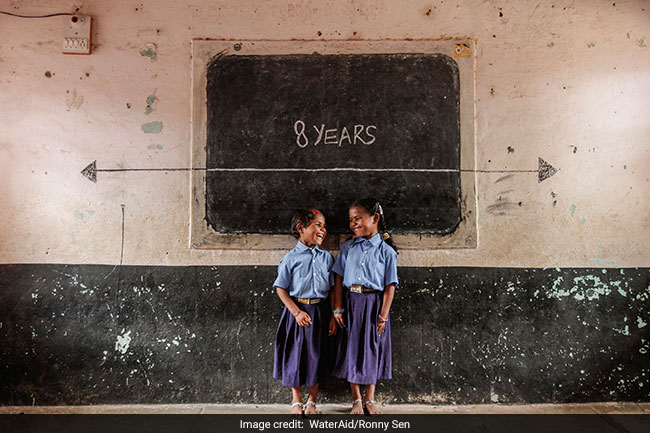 About 38.4% of children under the age of five are stunted (short for their age) in India, as per NFHS-4

Evidence suggests that the availability of sufficient, nutritious food does not necessarily result in improved nutrition. Other health system and environmental factors, including timely access to good quality ante-natal care and poor water, sanitation and hygiene (WASH) access are important nutrition-sensitive interventions. 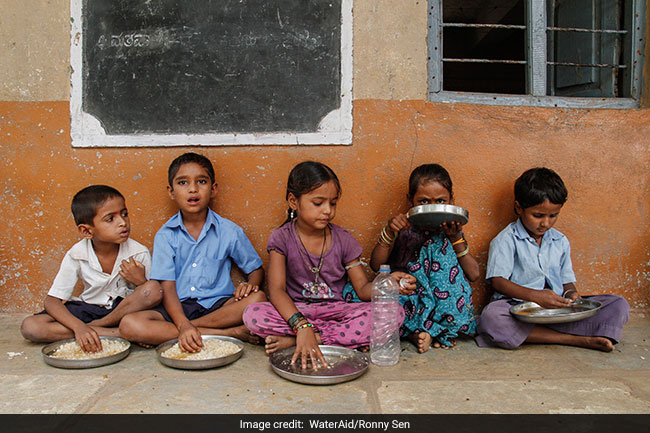 The availability of sufficient, nutritious food does not necessarily result in improved nutrition: WaterAid India

India has made tremendous progress to ensure access to safe sanitation for all, with the country poised to declare open defecation free status in October 2019. Drinking water coverage is currently at 81%, with the newly launched Jal Jeevan Mission set to provide piped drinking water to all rural households by 2024. 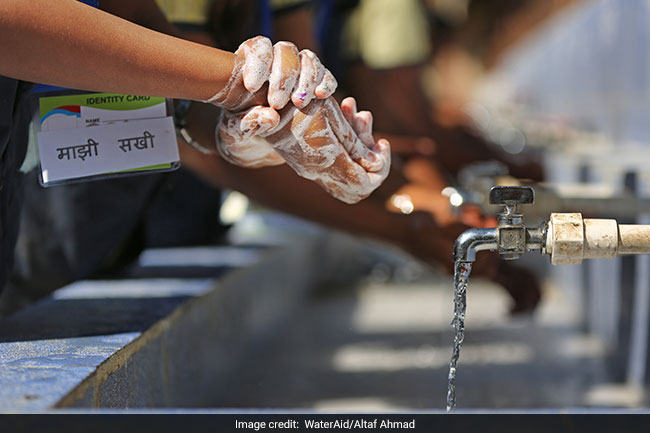 Hygiene, comprising of behaviours such as handwashing with soap at critical times (e.g., before eating, after toilet use), safe water storage and handling, food hygiene, safe disposal of child faeces, and environmental hygiene, lags behind the progress made in improved sanitation and drinking water. 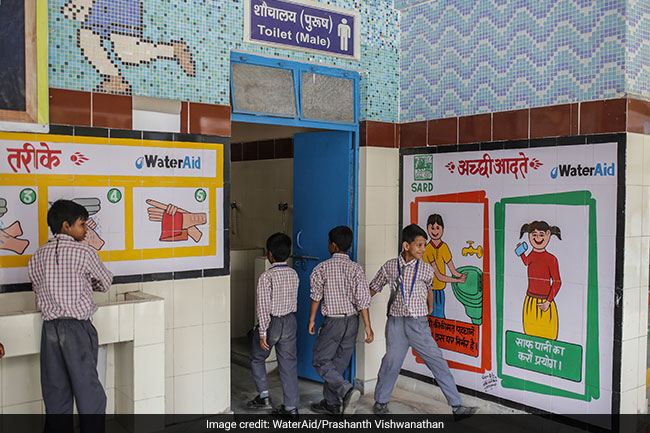 The intersection between water, sanitation and hygiene with nutritional outcomes is multi-faceted and complex. The most widely known and direct connection is through ingestion of faecal pathogens present in drinking water, food, or hands, resulting in repeated infections. 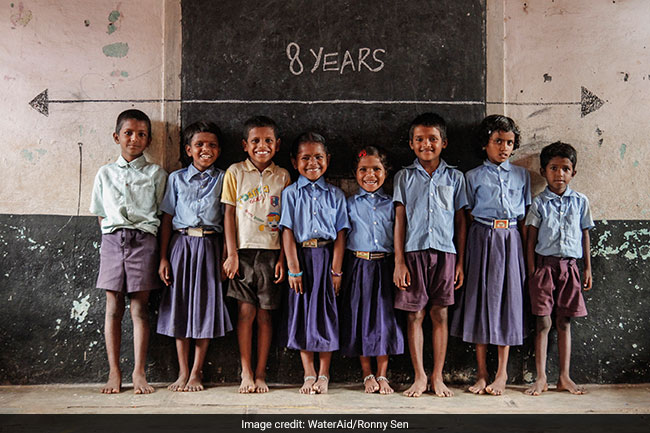 When children suffer from repeated bouts of diarrhoea, intestinal worm infections, their bodies are no longer able to absorb nutrients, leading to stunting – a form of chronic malnutrition in which children are short for their age. Stunting hampers physical growth as well as cognitive development. 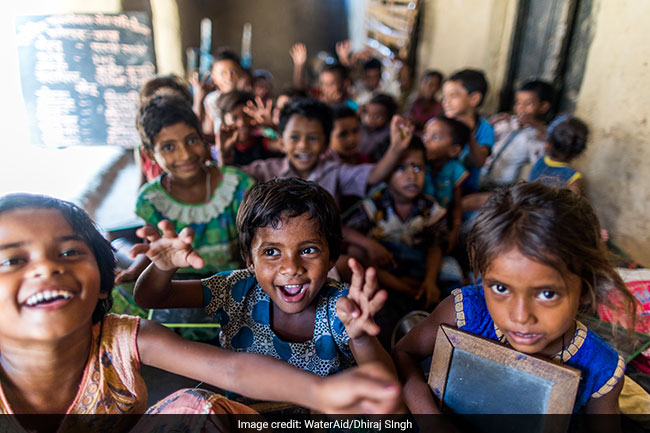 India has made great progress to ensure access to safe sanitation for all, with the country poised to declare open defecation free status in October 2019, said President Ram Nath Kovind during Swachh Bharat Award ceremony

Another direct connection between WASH and nutritional status, though less discussed is the consumption of water with high level of chemical contaminants, such as fluoride, that also inhibit nutrient absorption, and consequently affect growth and lead to disabilities. Groundwater in 22 States and over 200 districts has fluoride presence beyond the permissible limits, the drinking of which can cause various forms of fluorosis from dental to skeletal fluorosis, causing significant disability and hampering nutrient intake. 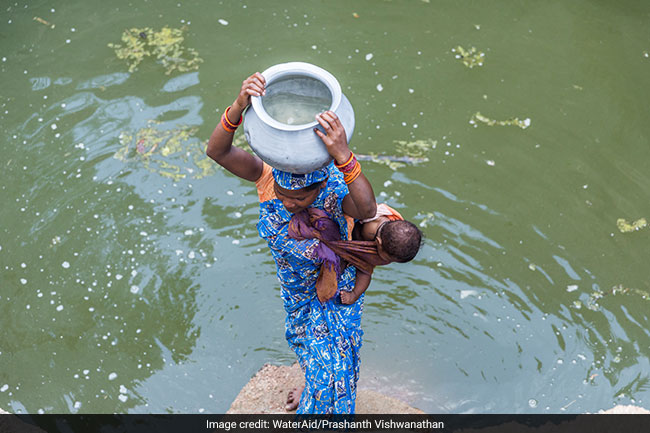 Limited access to safe water services is another indirect contributor to malnutrition: Experts

Limited access to safe water services is another indirect contributor. When families spend time to fetch water or have to purchase water, it affects the amount and quality of water consumed, and the use of water for hygiene practices (such as handwashing). 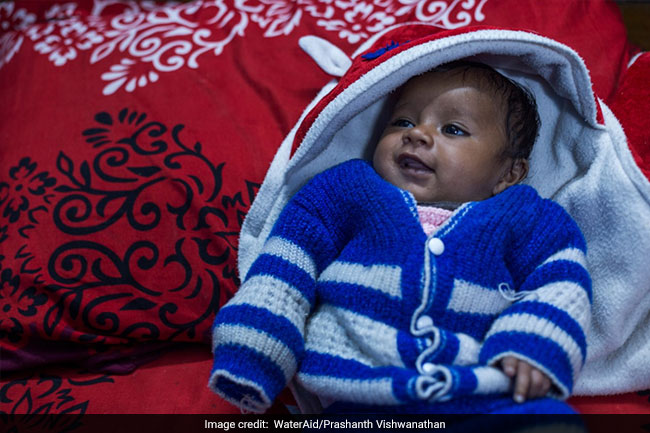 The first 1000 days play a significant role in the future health of children and mothers, say experts

The first 1,000 days period (conception until 2 years of age) is critical from a nutrition perspective, with maternal nutrition during pregnancy and nutritional intake by children during the early years shaping physical and cognitive growth of a child.
In areas that have high levels of chemical contamination, ensuring safe drinking water, along with improved nutrition and essential health services will complement disease prevention and treatment efforts. In the case of fluorosis, for instance, providing communities with safe drinking water (free from fluoride) alongside a diet rich in Vitamin C, calcium, iron and antioxidants can help lessen the pervasive negative effects of skeletal fluorosis.

Improving nutritional status among young children in India calls for multi-sectoral action, where direct nutritional interventions and nutrition-sensitive interventions are delivered to vulnerable and at risk populations. Water, sanitation and hygiene (WASH) are important environmental determinants of health. Action to provide safe and sustainable WASH services and promotion of hygiene behaviours can be incorporated into ongoing nutrition programs in India, and have the potential to enhance and sustain benefits. 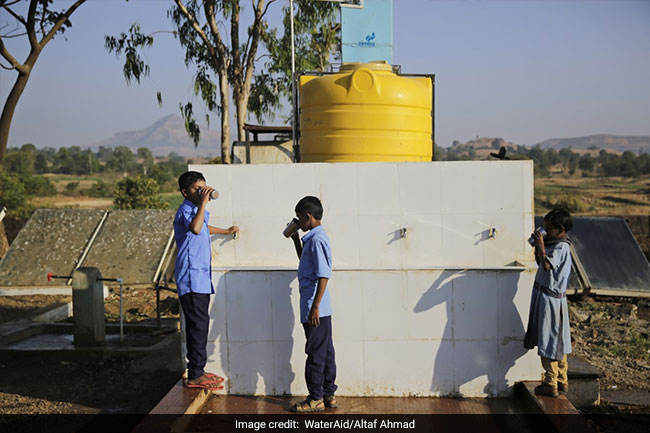 Drinking water coverage in India is currently at 81%, with the newly launched Jal Jeevan Mission set to provide piped drinking water to all rural households by 2024

It is recommended that when integrating WASH into nutrition interventions, all three components must be incorporated – safe sanitation, clean drinking water, and hygiene infrastructure and promotion. A singular focus on sanitation alone will not yield intended results given the intersections with water and hygiene practices. Given that large scale programs on sanitation under the Swachh Bharat Mission have been implemented intensively from 2014-19, and safe drinking water supply will be the focus under the Jal Jeevan Mission from 2019-24, hygiene promotion is a critical component that can be meaningfully integrated into ongoing nutrition programs, particularly the POSHAN Abhiyaan.