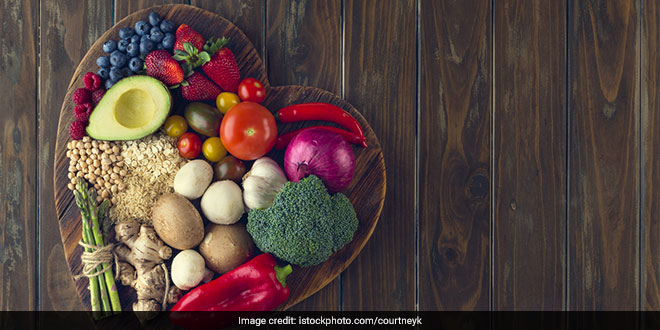 New Delhi: Globally 1 in 5 deaths (11 million in total) in 2017 were associated with poor diet, reveals a Lancet study which tracked trends in consumption of 15 dietary factors from 1990 to 2017 in 195 countries. The same report ranked India at 118, in terms of the lowest rate of diet-related deaths whereas  UK was ranked at 23, followed by Ireland and Sweden at 24 and 25 respectively. Low intake of whole grains that is (below 125 grams per day) was the leading dietary risk factor for deaths and diseases in India. The figures raise an alarm and a question mark on the status of India, the second most populous country in the world.

To tackle these health problems and create awareness among people about the importance of nutrition and a balanced diet, the central government celebrates National Nutrition Week in the first week of September for nearly four decades.

What is National Nutrition Week?

National Nutrition Week (NNW) is an annual nutrition event organised by Food and Nutrition Board within Ministry of Women and Child Development, Government of India. The week highlights the importance and role of the right nutrition for the human body. A balanced diet with a combination of essential nutrients and calories is pivotal for the smooth working and growth of a human body.

Every human body demands a different set of diet but what one needs to keep in mind is that their diet is balanced or not; which means it has all the vital nutrients – protein, carbohydrates, iron, vitamins, among others, says Dr Giridhara R Babu, Professor, Head Lifecourse Epidemiology, PHFI, Bangalore.

When is National Nutrition Week celebrated?

National Nutrition Week was launched by Food and Nutrition Board in 1982 and is observed throughout the country in the first week of September which is September 1 – 7.

What is the objective of National Nutrition Week?

NNW is celebrated with an objective to raise awareness on the importance of nutrition for health which has an impact on development, productivity, economic growth and ultimately national development.

How Is National Nutrition Week celebrated?

Every year the Food and Nutrition Board specifies a theme for the national nutrition week and through its 43 Community Food and Nutrition Extension Units (CFNEUs) located in all the four regions of the country, it organises workshops, orientation training of field functionaries, awareness generation camps and community meetings during the week.

CFNEUs organise workshops, lectures, film and slide shows, exhibitions in collaboration with the concerned Departments of the State Governments, Educational institutions and Voluntary organisations. During educational programmes, CFNEUs focuses on various aspects of health and nutrition, including the importance of immunisation, breastfeeding, principles of hygiene and sanitation, conservation of nutrients during food preparation.

While in 2017, the focus of the week was ‘Optimal Infant & Young Child Feeding Practices: Better Child Health’ which stressed upon early initiation of breastfeeding, in 2018 it was ‘Go Further With Food’ which centered exploring nutritious food options. Broadly, the week addresses the nutritional needs and healthy eating practices.

What India needs to do to improve its nutritional status?

For the development of the nation, it is imperative for a nation to improve the nutritional status of its citizens. The nutritional status of India as per the National Family Health Survey 4 (2015-2016) does not paint a beautiful picture when compared to NFHS 3. The percentage of children (6-59 months) who are anemic has come down from 69.4 per cent to 58.6 per cent. The level of children under 5 years who are severely wasted (low weight for height) has increased from 6.4 per cent to 7.5 per cent, and child stunting (low height for age) has decreased from 48 per cent to 38.4 per cent.

After studying the NFHS 4 it can be said that nutritional status, especially of women and children needs to be improved drastically.

On March 8, 2018, Prime Minister Narendra Modi launched POSHAN Abhiyan from Jhunjhunu, Rajasthan, with the vision to make India malnutrition free by 2022. The objective of POSHAN Abhiyan is to reduce stunting in identified districts of India with the highest malnutrition burden by roping in anganwadi workers. The month of September is dedicated for celebration of ‘Poshan Maah’ or nutrition month, launched by the government last year.

The government will double its outreach during Poshan month by taking the message of the importance of these five aspects of nutrition to every household”, said Smriti Irani, while sharing the plans for this Poshan month. She added, Health and nutrition are the priority areas of our government. Health remains one of the key areas in our quest of building an inclusive and new India. An integral part of our vision is achieving ‘kuposhan mukt bharat’ (malnutrition-free India) by 2022.

Starting tomorrow (September 1), the government will organise a wide range of activities focussing on five aspects of nutrition – first 1,000 days in the life of a child, fight against anaemia and diarrhea, personal hygiene and knowledge of what is nutritious.

National Nutrition Month: The Crisis Of Malnutrition In India