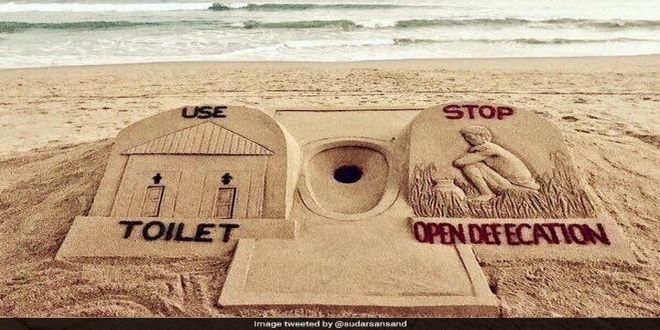 Bhubaneswar: Over 6.23 lakh household toilets have been constructed in Odisha during 2017-18 fiscal, an official said on April 2.

More than 6.23 lakh toilets in as many households have been constructed in the last financial year. Odisha has now reached 51 per cent of target level. Field action has been expedited to raise it to 56 per cent by April 10, Development Commissioner R. Balakrishnan said.

Panchayati Raj Department Secretary Deo Ranjan Kumar Singh said the target is to cover 100 per cent households in Odisha by the end of December 2018.

As of now, Deogarh has been declared open defecation-free (ODF) district. Jharsuguda district is on way to achieve the status within a fortnight, said an official.

The state government aims to declare Balasore, Gajpati, Sambalpur and Sonepur districts also ODF by the 1st quarter of the 2018-19 fiscal.

The programme is funded by both the central and state governments. The annual implementation plan for 2018-19 has made an outlay of nearly Rs 5,681 crore, of which the Centre will provide Rs 3,408.86 crore and Odisha Rs 2,271.94 crore.

From Sanitation Coverage Of Less Than 30 Per Cent In 2014 To Going Open Defecation Free In 2018, Here’s Rural Rajasthan’s Swachh Turnaround Story