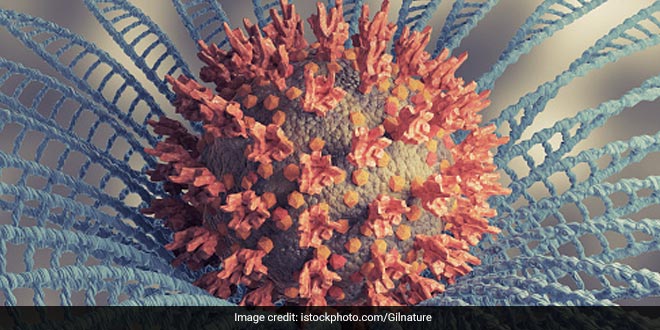 New Delhi: The 46-year-old Bengaluru doctor who was one of the first patient to test positive for Omicron in India shares his account on dealing with the variant that has been tagged as ‘variant of concern’ by World Health Oragnization. The doctor, who wishes to remain anonymous said that he did not have high fever, and only experienced mild body pains, chills, and fever.

Speaking to NDTV, he said, he is “perfectly alright now”. Narrating his experience with the infection, he says, “There is nothing to worry about this variant as he did not have any major respiratory symptoms, unlike most cases of infection with other variants.”

He further said that he didn’t even experience any cold or cough, and his oxygen saturation levels remained normal throughout. Highlighting how he isolated himself before he was tested positive for the virus, he said,

I isolated myself in a room after showing symptoms on November 21 for the first time, and didn’t come in contact with any of my family members. The next morning, I got tested, and both RAT and RT-PCR tests were positive for Covid.

The doctor further added that he was at home for initial three days, but rushed to the hospital after experiencing one episode of dizziness. He added,

My Oxygen saturation was 96-97 but I didn’t want to take any chances, so I got admitted and got treated with monoclonal antibodies on the same day. This was on November 25. But after that, I didn’t have a single symptom.

Talking about his treatment, the doctor said that the genomic sequencing to detect the strain of the virus was done when he had tested positive the first time, whereas the treatment with monoclonal antibodies started on the evening of November 25. He added, “The next morning of the treatment, I had no symptoms, not even mild fever or myalgia (muscle pain).”

Highlighting how he might have contracted the infection, he said he is not aware of coming in contact with anyone who was Covid positive but he was going to the hospital every day for work, and suspects he probably got it from a patient who might have had a travel history. He added,

Contact tracing was done for his potential contacts. In his hospital, except for two colleagues, everyone has tested negative.

The doctor says usually it takes two weeks to test negative after an infection, he is hoping to test negative in another 2-3 days. Currently, the doctor is kept under observation for another seven days and WILL be discharged only after a negative RT-PCR test.

Omicron: A Look At The Numbers

In India, 23 cases of Omicron have been reported so far, according to the official data. The Covid variant found in South Africa last month has spread to 38 countries but no death has been reported from anywhere, Union Health Ministry sources said. They also asserted that there is no evidence of a rise in the number of people getting admitted to hospitals and if this new strain of virus is more dangerous than Delta.

Worldwide, there are more than 1,300 Omicron patients, some 50 per cent of these cases are in South Africa and the UK.

Omicron Could Be Milder Than Delta, Says WHO Chief

Explained: How Quickly Does Omicron Spread & What Is The Severity Of The Disease?