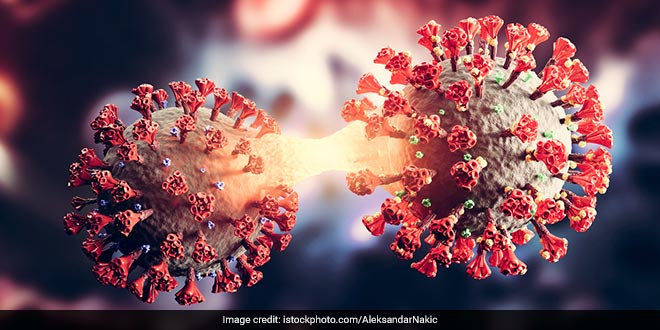 The good news is that this is a highly vaccinated group, however a high number of infections will lead to more people becoming ill, so it’s important that people continue to follow public health guidance to avoid fuelling further spread of the virus, he said.

The study results show that around 1 in 35 were infected during this period, or 2.88 per cent of people. This is the second highest the study has recorded since it began testing in May 2020, but represents a drop from previous findings when 1 in 23 had the virus in January, or 4.41 per cent. The Imperial team read the genetic codes of the virus from 1,195 positive samples, finding that all but one were the Omicron variant or the offshoot sub-variant BA.2, with the other being Delta. Almost half (47.2 per cent) were the BA.2, which is a variant under investigation in the UK. This marks a substantial increase from the study’s previous findings when 0.8 per cent were BA.2 in January, and suggests that this sub-variant spreads more easily than other circulating variants. Dr Jenny Harries, Chief Executive of the UK Health Security Agency (UKSA), warned that the latest data shows that the pandemic is not over and precautions were still required.

These data confirm that cases have declined substantially following the peak of the Omicron wave. However, the increasing presence of the BA.2 sub-lineage of Omicron and the recent slight increase in infections in those over 55 show that the pandemic is not over and that we can expect to see COVID circulating at high levels, said Harries.

Also Read: COVID-19 Linked With Increased Risk Of Mental Health Disorders: US Study
Vaccination remains the best way to protect us all from severe disease and hospitalisation due to COVID-19 infection. We urge you to come forward for your primary or booster doses straight away if you have not already done so, she said.UK Health Secretary Sajid Javid added: “It is reassuring to see that COVID-19 cases have continued to fall as we learn to live with the virus and regain our freedoms.We must continue to protect each other where necessary. Vaccines remain our best line of defence against the virus. If you haven’t already, please Get Boosted Now. The scientists estimate that the reproduction number (R) of COVID-19 was slightly below 1, at 0.94, for England. This means that 10 infected people would pass the virus onto around nine others on average, indicating a slightly shrinking epidemic.

Covid Vaccination To Begin For 12-14 Age Group From March 16: Government