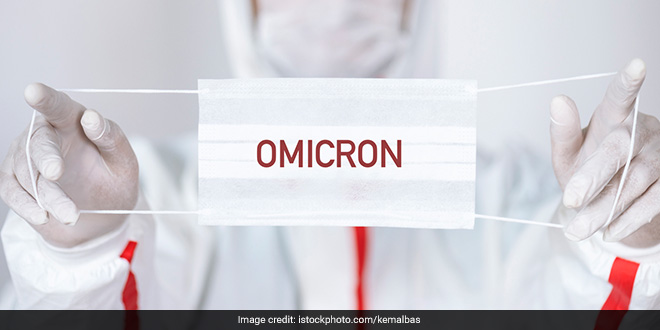 New Delhi: The All India Institute of Medical Sciences (AIIMS) Director Dr Randeep Guleria issues a warning as Omicron cases in India and across the world increases. On Sunday, speaking with the reporters, Dr Guleria said that in view of rising COVID-19 cases in the United Kingdom, India too should be prepared for any eventuality. He added,

We should prepare and hope that things are not as bad as in the United Kingdom. We need more data on Omicron. Whenever there is a surge in cases in other parts of the world, we need to monitor it closely and be prepared for any eventuality. It is better to stay prepared than to get caught off-guard.

Speaking with NDTV, Dr Guleria explained why Omicron is a cause of concern,

The B.1.1.529 is a variant of concern because it has the unique mutations. It has more than 50 mutations and 30 have occurred at the spike protein sight, which is a cause of concern. The spike protein is the protein against which antibodies are formed and which gives us the protection against the reinfections and serious infections for COVID-19. So, if we will have many mutations on that site then one is worried that will the immunity hold or will there be higher immune escape mechanism. And another worry is that this increases the chances of reinfections or getting infections even after vaccination has been done.

A Look At How Omicron Is Affecting The World

On November 26, the World Health Organization (WHO) named the new COVID-19 variant B.1.1.529, which was detected in South Africa, as ‘Omicron’. The WHO classified Omicron as a ‘variant of concern’.

According to the latest update from WHO, the Omicron variant of coronavirus has spread to over 89 countries and the number of cases is doubling in 1.5 to 3 days in areas with community transmission. WHO in the recent update has said that Omicron is spreading rapidly in countries with high levels of population immunity, but it is unclear if this is due to the variant’s ability to evade immunity, its inherent increased transmissibility or a combination of both.

.According to the health ministry’s data as of Friday, the number of Omicron cases in India surpassed 150 in the country and these infections have been reported from 11 states and Union territories so far.