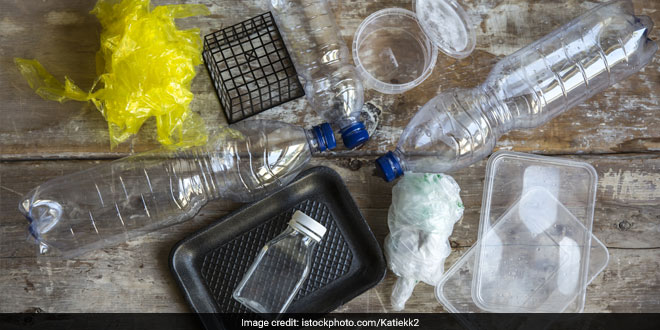 New Delhi: Himachal Pradesh’s fight against plastic dates back to October 2, 2009, when the state government banned the use of any kind of plastic bags, single-use plastic items like straws, plastic cups, bottles made of non-biodegradable material, and disposable tableware made of thermocol in the state. As soon as the ban was announced, manufacturers challenged it in the court, requesting for a stay on the plastic ban. The court uplifted the ban on plastic packaging only but not on single-use plastic, allowing manufacturers to use plastic only in packaging of food and beverages, which continues till date.

With the partial ban in effect, the use of plastic carry bags, tableware and cutlery has diminished over the years, but has not been eliminated. In 2018, over 1200 challans were issued and around Rs. 20 lakh was collected as fine. Also, plastic continues to prevail in the form of packaging of products like milk, chips, biscuit, and other items. Annually, 20-30 tonnes of plastic waste is collected in the state majorly consisting of packaging waste which chokes the drains.

To reduce the amount of non-biodegradable single-use plastic waste generated in the state, on the World Environment Day (June 5) Chief Minister Jai Ram Thakur announced the launch of a scheme to buy back non-recyclable polythene (plastic bags). Giving out the details of the scheme to NDTV, D C Rana, Director, Department of Environment, Science and Technology, said,

Once a newspaper is dated, we keep it to sell it to the kabadiwala (scrap dealer) in exchange for some money. The reason we don’t throw newspapers is the value attached to it. Likewise, waste pickers collect plastic bottles because they know those bottles are recyclable and have a value attached. Similarly, we ideated to add value to the non-recyclable plastic waste, buy it from individuals and scrap dealers and then either use it for road construction or as fuel in cement plants.

For the collection of plastic waste, the initial plan is to have collection centers in all the urban local bodies (ULBs) where an individual can come and drop plastic waste. Right now the scheme is in its nascent stage and the Department of Environment, Science and Technology plans to first have a detailed discussion, form policy and later implement it accordingly. Hence, the kind of plastics to be included in the buy back scheme and the cost-benefit analysis that is the price these will be purchased at are yet to be decided.

An individual will invest time in collecting different kinds of single-use plastic waste like wrappers, zip lock bags, straws, among others, only if he/she will be compensated well. It is always the cost that matters. Keeping that in mind, the price of plastic waste will be decided.

Along with this, the Chief Minister launched environment-friendly bags made by the Department of Environmental Science and Technology. Giving out details of the same, Mr Rana said,

To educate people about the plastic pollution, an awareness rally was organised in which around 600 students from 30 schools participated. The refreshment was provided to the participants in those eco-friendly cloth bags only. Cloth bags, an alternative to plastic bags, give out the message of ‘Polythene Hatao, Paryavaran Bachao’ (Get rid of polythene and save the environment). 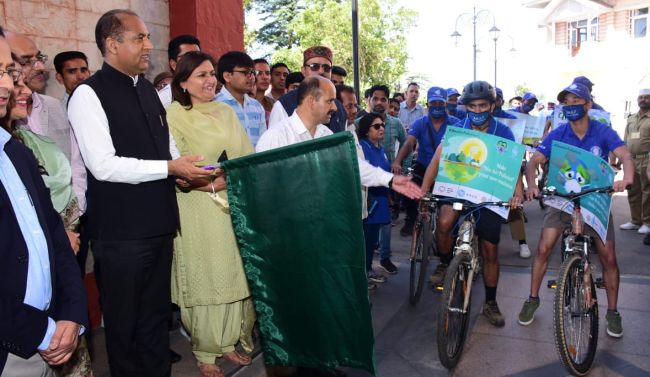 During the event, the Chief Minister urged the citizens to supplement the efforts of the government to protect the environment by maintaining cleanliness.

This is not the first time the state has taken a step to phase out the use of plastic from Himachal Pradesh. Last year, ahead of the World Environment Day, Department of Environment, Science and Technology, Shimla, launched a week long state-wide ‘Polythene Hatao, Paryavaran Bachao’ campaign. The focus of the campaign was to collect plastic waste from both urban and rural areas and use it to produce energy, sensitise people about the harmful effects of plastic waste pollution. The campaign led to the collection of over 32,000 kilos (32, 415.38 KG) of plastic waste. Of the total waste collected, nearly 6000 kilos (5780.2 KG) was used in the construction of a road.

Whenever we collect plastic waste, we segregate it on the basis of what can be used in the construction of road and what not. The one that cannot be used is given to cement companies in the state who then use it as a fuel to generate heat. These companies have helped us majorly in getting rid of the waste. For instance, in the last five years, ACC Cement has used 300 tonnes of plastic waste in cement kilns, said Dr Attri.

As per the current plan, the plastic collected through buyback scheme will also be used either in the construction of roads or in cement companies as a fuel. 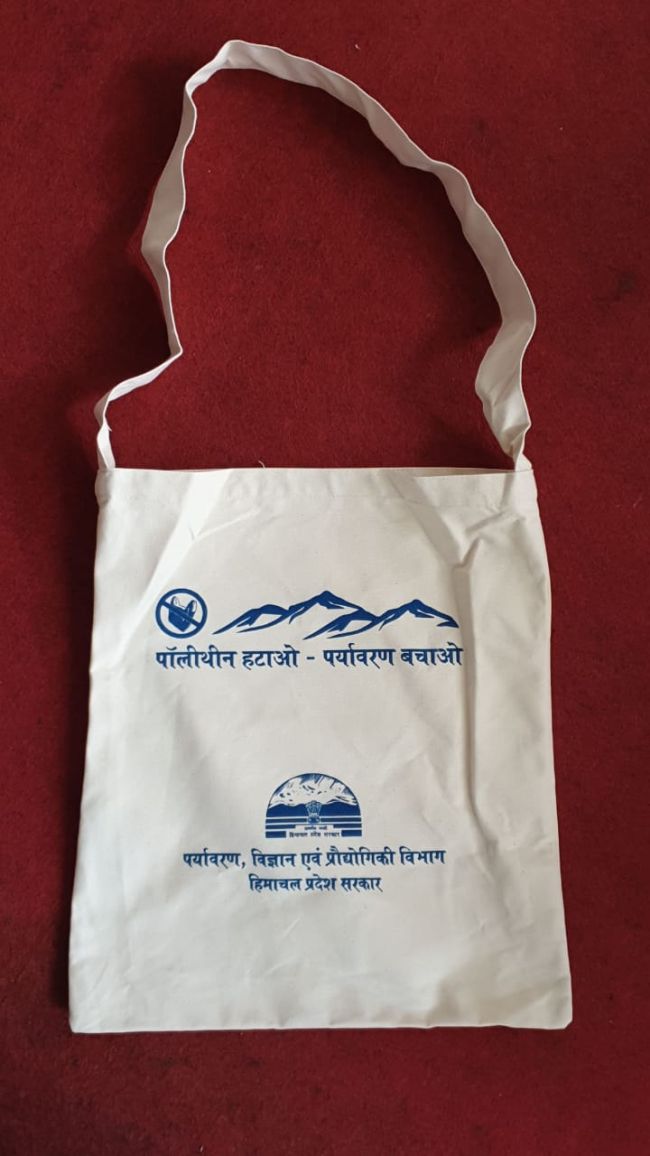 Also Read: Be Mindful Of Your Trash If You Trek In The Mystical Kheerganga As Forest Department Intensifies Anti-Waste Measures

On This International Yoga Day, Government Asks People To Use Eco-friendly Products And Live A Sustainable Life