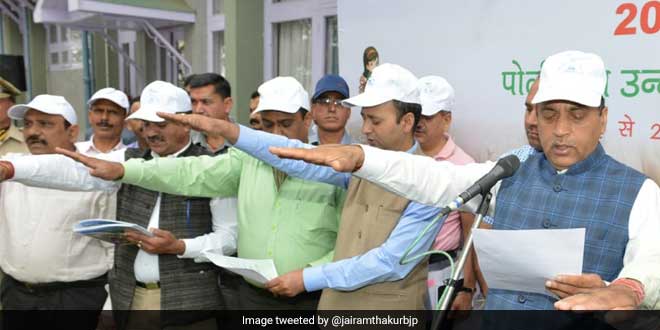 New Delhi: Celebrations for the 45th World Environment Day, for which India is the global host, has already begun. From Union Environment Minister Dr Harsh Vardhan kick-starting the celebrations through a curtain raiser event held in New Delhi on May 25 to environmentalist Afroz Shah cleaning Mumbai’s Versova beach on May 27, people from all walks of life have come together to #BeatPlasticPollution. Following the same suit, Department of Environment, Science and Technology, Shimla, Himachal Pradesh launched a state wide week long ‘Polythene Hatao, Paryavaran Bachao’ campaign on May 27.

The focus of the campaign is to collect plastic waste from both urban and rural areas and use it to produce energy, sensitise people about the harmful effects of plastic waste pollution, tells D C Rana, Director, Department of Environment, Science and Technology, while speaking to NDTV.

Giving green signal to the campaign, Chief Minister Jairam Thakur urged citizens of Himachal Pradesh to pledge to make significant contributions in protecting the environment by removing plastic bags from the country and maintaining cleanliness. Along with this, he flagged off a cleanliness initiative in which 800 students and volunteers from different groups and organisations cleaned over 13 Municipal Corporation wards.

Addressing the various students of schools, volunteers, representatives of NGOs, jawans of Home Guard and Fire Services, the Chief Minister, said that pollution caused by plastic was a matter of concern for the whole world and there is a dire need for environment conversation.

On the first day of the campaign, 26,255 tonnes of waste was collected of which 8,470 tonnes was reported as plastic waste. The entire waste was then transported to waste-to-energy plant set up in Shimla for further disposal and treatment. 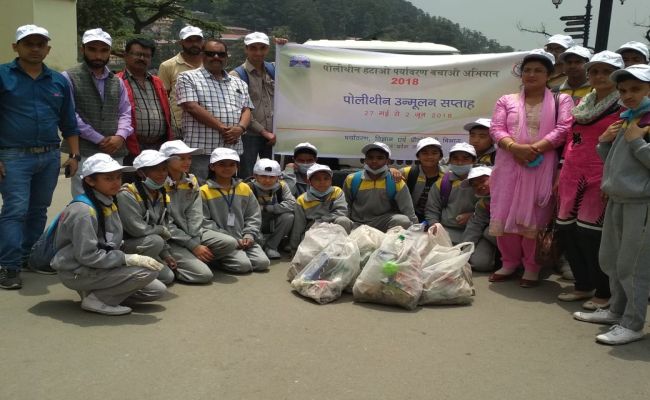 In a bid to beat plastic pollution, students remove plastic from hills in Himachal Pradesh

Polythene Hatao, Paryavaran Bachao campaign is not something new. To keep the state, especially hills clean, we have launched numerous campaigns like this in the past. This time the major focus is on plastic, reason being- this year’s World Environment Day theme is Beat Plastic Pollution and plastic is the major pollutant in Himachal. People eat chips, throw the packet on road itself, explains Mr Rana.

Apart from the cleanliness drive, Minister Jairam Thakur released a book on ill effects of plastic pollution. Written in regional language, the book is an a to z guide on plastic. 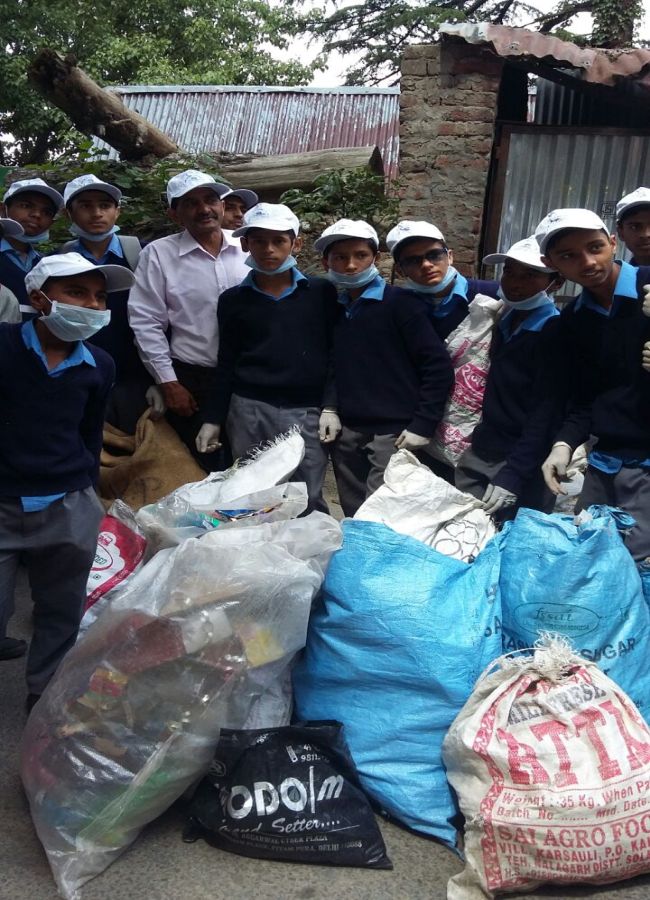 As India gears up to host 45th World Environment Day, young guns of India collect waste to keep their city spic and span

This is not the first time that Himachal Pradesh has taken a step against plastic. The government had banned the use of any kind of plastic bags in the state on October 2, 2009. But despite the ban, plastic is used in packaging.

When the government declared the ban, manufacturers opposed it and approached court and asked for a stay. Back in 2009, they were granted stay and were allowed to use plastic in packaging, tells Tarun Kapoor, Additional Chief Secretary, Department of Environment, Science and Technology, while speaking to NDTV.

As products like milk, chips, biscuits, and many more come in plastic packaging, it becomes essential for the state to launch such campaigns and keep the state spic and span. 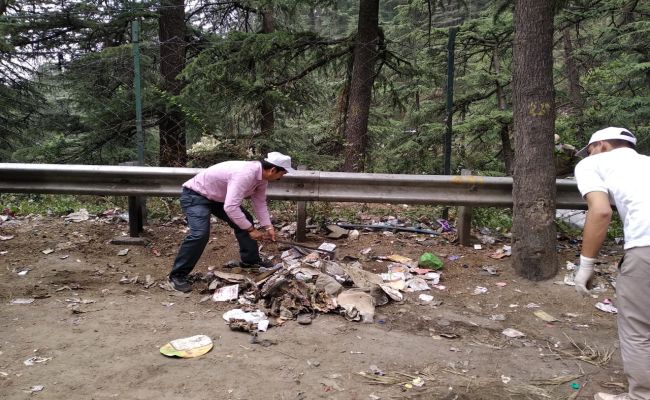 To maintain cleanliness in Himachal Pradesh, people from all walks of life came together and collected waste

To ensure that the collected waste does not end up in some or the other landfill or pollute some other region, the state has installed ‘waste to energy’ plants. Currently, three plants are installed- one in Shimla, which is functional, other two in Kullu and Baddi.

Here’s How Maharashtra’s Most Populated City, Mumbai Is Coping With The Plastic Ban