New Delhi: ‘My Waste, My Responsibility’, with this as her motto, 32-year-old Rajeshwari Singh started her journey from Vadodara on April 22, observed as Earth Day, and she aims to reach Delhi which is 1,100kms by June 4, a day before World Environment Day. All for the ‘Beat Plastic Pollution’ cause. Not one to take an easy way out, this young woman has so far covered has chosen to cover 22 cities, four states of Gujarat, Rajasthan, Haryana and NCR (National Capital Region) on foot. 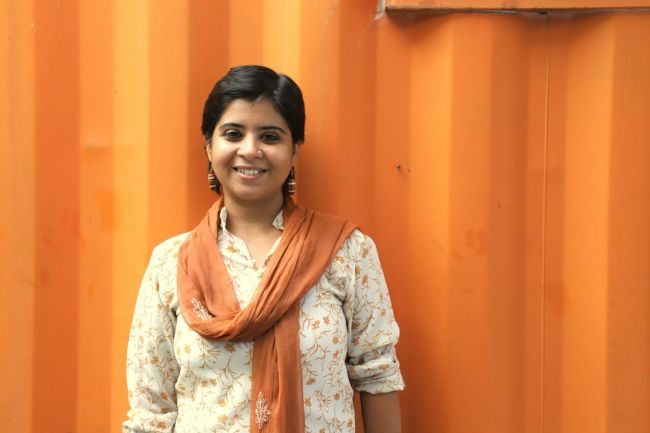 From quite a long time I was planning to do something related to environment and when I got to know that India is the global host for the 45th edition of the World Environment Day, I thought why do we celebrate World Environment Day only one day? Why not spread the message and protect our environment, not only on June 5, but every day? I decided that I need to raise awareness and things started falling in place, says Rajeshwari while speaking to NDTV.

Rajeshwari, a social entrepreneur, who has embarked on this journey alone, is walking with nothing, but a small bag containing her wallet, cellphone and clothes. During her walk, she carries a placard giving out details of her journey and its purpose. Keeping in mind the soaring temperatures, the crusader starts her walk early in the morning, around 5 and covers 25-30kms by noon time. En route, she talks to people, explains to them how plastic is polluting the oceans and other water bodies and why this commonly used product is a threat to us and our environment. 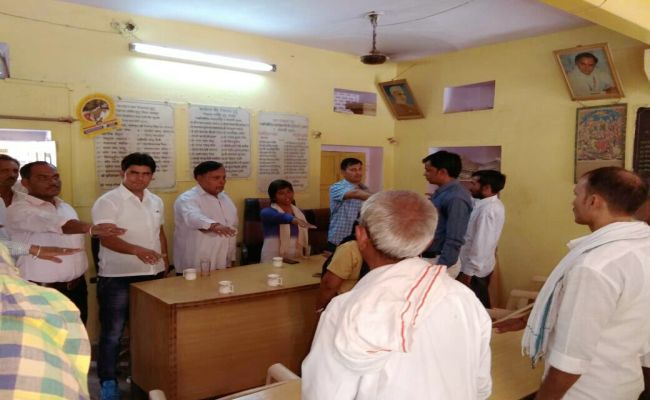 #BeatPlasticPollution; People pledge to give up on single use plastics

Elaborating on her battle against plastic, Rajeshwari says,

Managing waste is an individual’s responsibility and that is what I am trying to convey through this walk. As of now, I have not contributed to plastic pollution. Neither I am carrying anything wrapped in or made of plastic nor am I consuming food items or water packed in plastic. I ask people to give me water in a glass, eat local food.

As she walks in the morning, she uses noon time to rest and interact with people. Rajeshwari said, from vegetable vendors to school children to locals, who join the walk for a kilometer or two; I talk to anyone and everyone. I have made a presentation on ‘Say No To Plastic’ which I present at different schools and colleges. 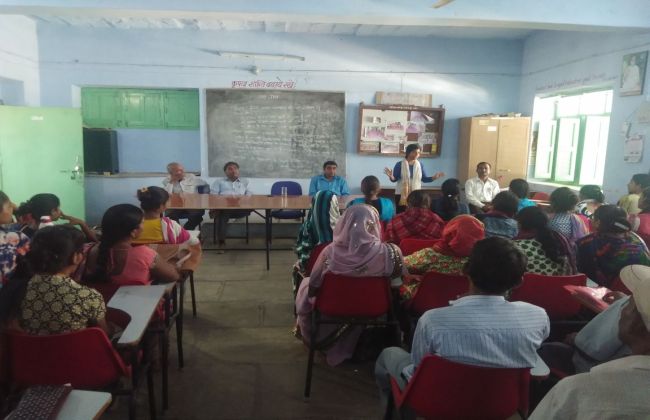 Rajeshwari Singh, talking about plastic pollution and spreading the message of ‘My Waste, My Responsibility’

Currently, Rajeshwari is on Jaipur-Delhi highway, around 220kms away from Delhi, and so far her journey has been quite fruitful, she feels. People understand the issue she has raised and are coming forward to support her. As per her observations, problem is not in rural areas and small towns, but in big cities. 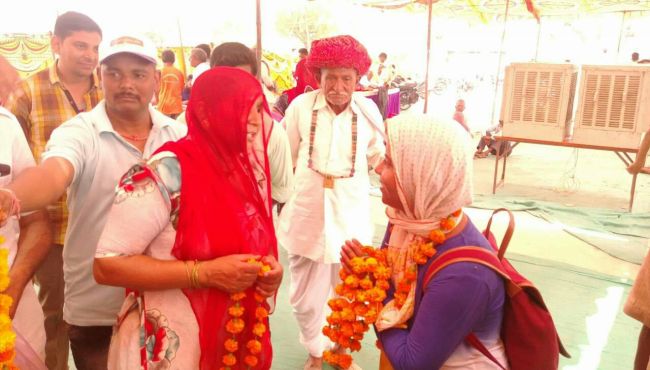 Plastic warrior Rajeshwari being supported by people of Pali District, Rajasthan, to fight against plastic

Dungarpur, a city in southernmost part of Rajasthan penalises the usage of plastic by imposing a fine of Rs. 500. There you will not find anyone using plastic cups, bags. So, there are regions that have stopped using plastic, may be not completely, but they are trying, tells Rajeshwari.

Being supported by the government of Gujarat and the Gujarat tourism department, Rajeshwari, walking and spreading awareness, is expected to reach Gurgaon by June 3 and Delhi by June 4, which is a day before the World Environment Day. 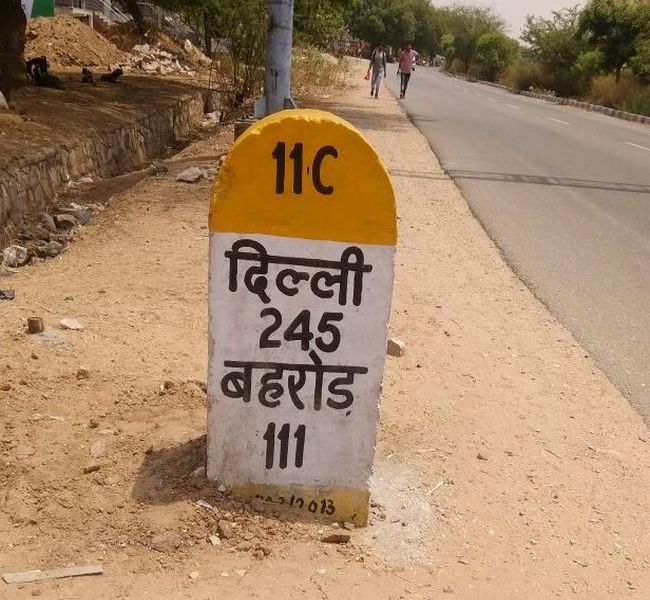 From Vadodara to Delhi, woman walks 1,100 kms to raise awareness about plastic pollution

This is not the first time that Rajeshwari has initiated something against plastic pollution. She has not used commonly used plastic items like plastic bag, bottle, pen, spoons, and so on in more than 10 years. Whenever she goes to market, she carries her own cloth bag, uses either glass or her own water bottle to drink water instead of regular plastic bottle and glass. And with this walk, she wants to inspire people adopt same kind of behavior. 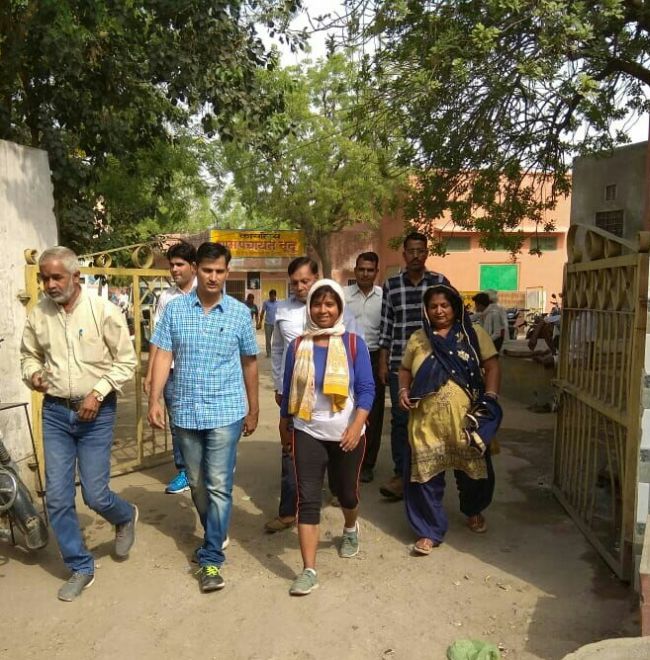 Ahead of World Environment Day, citizens walk to raise awareness about plastic pollution

Along with raising awareness about pollution caused by plastic, Rajeshwari is also using this opportunity to raise funds for her Non-Profit Organistaion, Caravan Classroom. Talking about Caravan Classroom and how the funds will be utilised, Rajeshawari says,

At Caravan Classroom we impart basic education which includes caring for and nurturing the environment, landscaping and waste management, moral science, traffic awareness, sex education to adolescents. The fund raised will be utilised to support work in all these fields.

It has been over 30 days, since her walk began, her feet are covered with blisters, and the rising temperature makes the journey grueling. There are days when no one joins her and she walks alone for hours, but for Rajeshwari all these are smaller problems given her larger goal.

It is 45º celsius ☀️ outside but that does not stop @RajeshwariSing1 from walking????????‍♀️ to #BeatPlasticPollution! Travelling on foot from #Vadodara to #Delhi, she has another 230 km to go.

Let's give a big shout out & wish her a safe journey to Delhi! @UNEnvironment pic.twitter.com/xhlJoC9M12