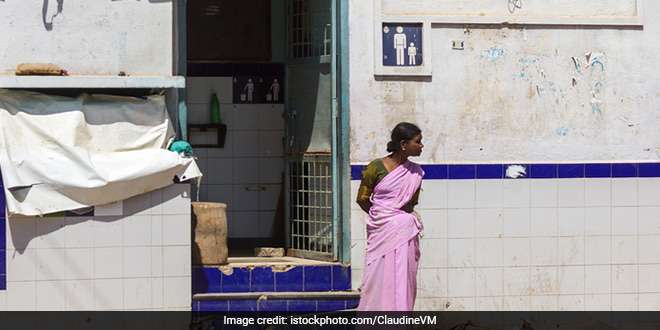 Mumbai: In 2017, many districts and cities across India were declaring themselves Open Defecation Free (ODF) and the Gondia district in Maharashtra was one among them. In March that year, the district was proud to officially declare that every resident has access to toilet under Swachh Bharat Mission-Grameen (SBM-G). But hardly a year after the announcement, people in various parts of the district were caught defecating in the open. On setting up an inquiry commission, the district administration found that nearly 45,000 toilets are dysfunctional or not in use.

In 2012 baseline survey, like every district we also identified houses that didn’t have a toilet and accordingly executed the toilet construction activity in 2014. It took us three years to build toilets in every house that was included in the baseline survey. We were surprised and disappointed to know that open defecation (OD) instances still prevailed even after giving toilet access to every individual. On researching, we got to know that toilets in houses of people who defecated in the open were constructed before 2014 and due to several reasons, these became dysfunctional.

Also Read: From Swachh Bharat To Swasth Bharat: How Malegaon Is Moving Towards Becoming Diarrhoea Free

Among the several reasons that forced people to stop using their own toilets and defecate in the fields, money was the biggest issue. Many households received very less or no incentive after constructing a toilet at home and due to lack of money, water and sewerage pipe connection was not taken.

Back in 2006, I had borrowed money from a distant relative to build a toilet as I knew the government would provide a subsidy. From the subsidy I got, I paid off the loan. For connecting a sewerage pipe, more money was needed and maintaining the toilet was another issue. I couldn’t afford that kind of money and hence I preferred defecating in the open, says Praveen Shinde, a farmer from the Deori block.

While some households faced financial problems, other houses lacked awareness.

Blame it on the old tradition of taking pride in defecating in the open or lack of care towards one’s health, households with toilets continued the unhygienic and filthy habits, adds Mr Rathod.

To begin with, Mr Rathod chaired A meeting with heads of all eight blocks of the district and volunteers from the Nehru Yuva Kendra to prepare a plan of action. In the meeting, it was unanimously decided that households with proper sanitation facilities will be targeted first through Information, Education and Communication (IEC) activities. 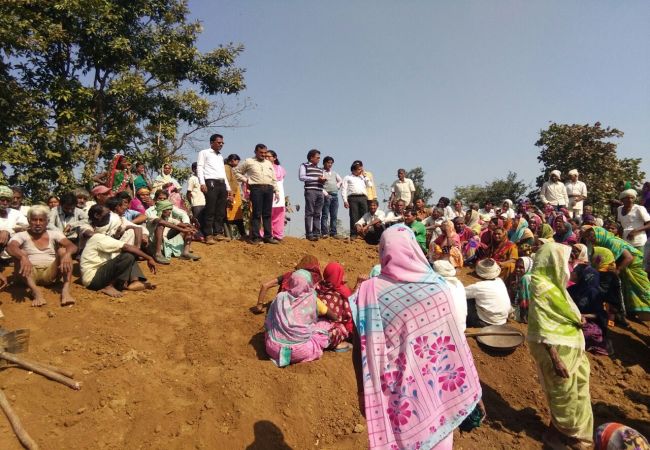 We had already undertaken enough initiatives to tell people about the health risks of defecating in the open before the construction of toilets began in 2014. Thus, more than education, the monitoring aspect needed to be improved, says Mr Rathod.

Good morning ‘pathaks’ or ‘squads’ comprising children and district officials were formed in every block. The main duty of the squads WAS to visit the open defecation prone areas early in the morning to dissuade people from open defecation and encourage them to use toilets. A three-time offender would be taken to an official for separate awareness workshop. The squads also started imposing fines on the offenders. With the squads appearing every morning, instances of OD reduced over a period of six months. With their help as many as 21,347 unused toilets were back in operation. 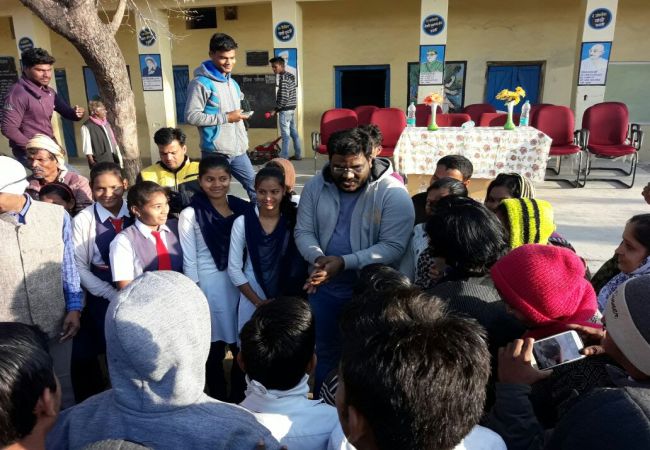 Children played a huge role in spreading awareness on toilet use

Meanwhile, the officials formed another team that visited every home without toilets or toilets with no water connection, covering around 20 homes per day. While many houses were taught how to avail funds from Mahatma Gandhi National Rural Employment Guarantee Act (MNREGA) for repairing the toilets, many were encouraged to use their own money or opt for crowd funding. 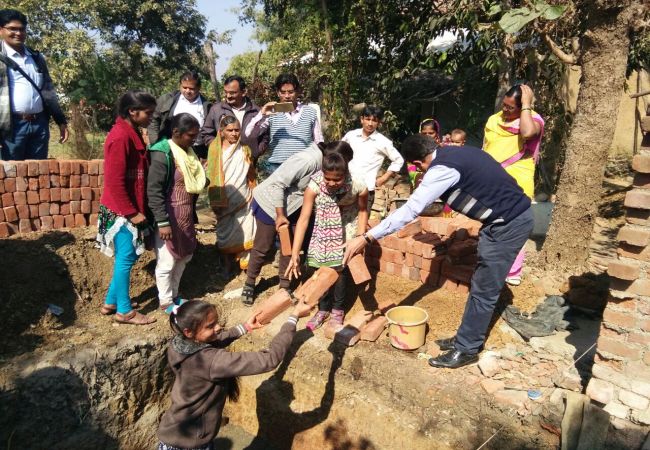 Many toilets constructions were financed via crowdfunding

When the house visits started, on the first day itself, 8 families agreed to construct toilets and their construction work was inaugurated.  Also, a sum of Rs 6,82,800 was collected from 569 families for toilet construction or repair, says Atul G, IEC Expert from Gondia district.

National Service Scheme (NSS) camps, Self-Help Groups, schools were other options that the administration resorted to for improving sanitation. 31 NSS camps of seven days each were organised in the villages, the objective being to motivate people to get their toilets functional and use them regularly.  Through those camps 3,000 university students learned about the SBM scheme. 865 schools of the district were given films and short videos conveying the cleanliness messages which resulted into people using their toilets that were dysfunctional. Around 7,141 SHG members in the district were included in the good morning squads. The SHGs provided loans and as many as 1,795 beneficiaries built toilets with their support.

For six months, the officials and citizens effectively implemented the aforementioned measures and worked together to revive 45,000 toilets that were once unused or dysfunctional. Now that the issue of open defecation is being addressed and people are getting used to the idea of using toilets, the district administration is shifting its focus to cleanliness and waste management-related activities. Recently, the officials have introduced the concept of conducting weekly shramdaans (volunteering services). Every weekend the officials and citizens clean areas and water bodies around the houses to make it litter-free.

Ever Heard Of Jewellery Made From Seeds? This Duo From Nashik Gives An Eco-Friendly Spin To Accessories