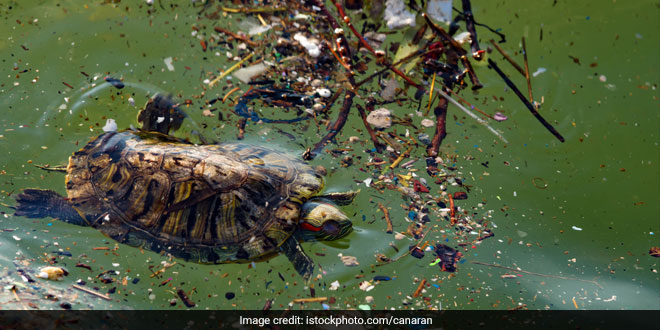 New Delhi: For protection and conservation of the oceans, the European Union (EU) announced new commitments to combat marine pollution, tackling climate change impact, marine protection, blue economy, sustainable fisheries on Tuesday at the two-day Our Ocean 2018 summit held at the Indonesian island of Bali, informs a press release of European Commission. For this, it has pledged 300 million euros ($341 million). Out of the pledged fund, 100 million euros will be invested in researching more environment-friendly plastics, within the European Horizon 2020 programme- the biggest ever research and innovation programme of EU. The rest of the pledged contribution will finance conservation, decontamination and sustainable fishing projects in Africa and Asia, as well as an alliance of 200 aquariums that will launch an awareness campaign on plastic pollution next year. Last year EU committed a contribution of over 550 million euros when it hosted the Our Ocean conference in Malta.

With increasing instances of entanglement and of plastic residue being found in marine species like fish, sea turtle, seals, and whales, and plastic even reaching human food chain through seafood because of the marine litter, 76 per cent of which comprises the lost fishing gears and single-use plastic products, nearly 700 marine species in world oceans are threatened by plastic. According to EU, more than 150 million tonnes of plastic exist in the oceans today as about 4.8 – 12.7 million tonnes of plastic enter oceans every year. Some experts predicted that at the present rate there will be more plastic than fish by weight in the oceans by 2050.

We have adopted the most ambitious legislation against single-use plastics. It is essential in order to protect the marine environment and reduce the costs of environmental damage attributed to plastic pollution in Europe, estimated at 22 billion euros by 2030, said Frédérique Ries, an EU lawmaker in a statement released by EU.

After the announcement of the decision on the EU Parliament, more than 250 organizations, including governments, non-profits and multinationals like Coca-Cola, Kellog, Danone and Inditex which are some of world’s biggest packaging producers and leading consumer brands signed the New Plastics Economy Global Commitment on Monday at the Summit aiming to reduce the use of plastic and facilitating recycling.

We need the oceans and the oceans need us. We have to urgently reduce marine litter and other sources of pollution, halt illegal fishing and support fragile marine ecosystems. We have to develop our blue economy – create sustainable jobs and growth – supported by cutting-edge research and new technologies. It is for this reason that we are making these commitments.

At #OurOcean2018 – Congratulations hosts #Indonesia
The #EU is proud to announce new commitments & prouder still to be delivering on them. Like our 10% of EU waters that are now marine protected areas. All the details in my speech https://t.co/LCVv1CvP72 #OurOceanOurLegacy pic.twitter.com/yHqMzpolVj

The EU High Representative for Foreign Affairs and Security Policy, Federica Mogherini, said, No country can succeed alone in this endeavour and it requires determination, consistency and partnerships, within and outside our EU, and it is in this spirit that today we renew the commitment to protect Our Oceans.

Earlier this year, on World Environment Day, the government of India also committed to eliminating all single-use plastics from the country by 2022, as a response to UN Environment’s ‘Clean Seas’ campaign that was launched in February 2017 to fight marine plastic litter endangering marine life and impacting human health adversely.