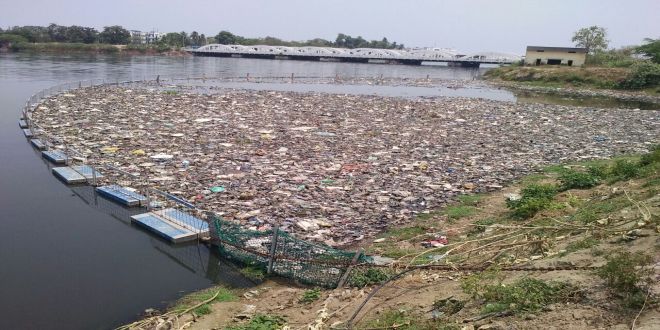 New Delhi: Dying rivers, shrinking lakes, overflowing with sewage and garbage that make its way directly from the drains, untreated, is a crisis facing every freshwater source in India. Bengaluru once a city with over 300 lakes today, has only 130 surviving lakes and that too in horrible state like the Bellandur lake, Varthur, where fires break out frequently. Now an innovation from Bengaluru based company AlphaMERS hopes to prevent waste from flowing directly into the water bodies and give them a new lease of life.

Also Read: Bengaluru Is Slowly Running Out Of Water As Man-made Crisis Intensifies

In the year 2015, AlphaMERS developed an indigenous design of floating trash barrier for controlling hyacinth and trash from flowing in water. The barrier made of steel and aluminium, with a high tensile strength claims to have an ability to survive in both polluted water bodies and change in water levels.

Currently boats (called as skimmer systems and weed harvesters) are being used by industry to clean water bodies. These boats require fuel and crew and they operate only during daylight hours, with proper visibility and only in navigable depths. We wanted something simple and make use of natural forces to our advantage, tells 55-year-old DC Sekhar, executive director and founder at AlphaMERS, while speaking to NDTV. 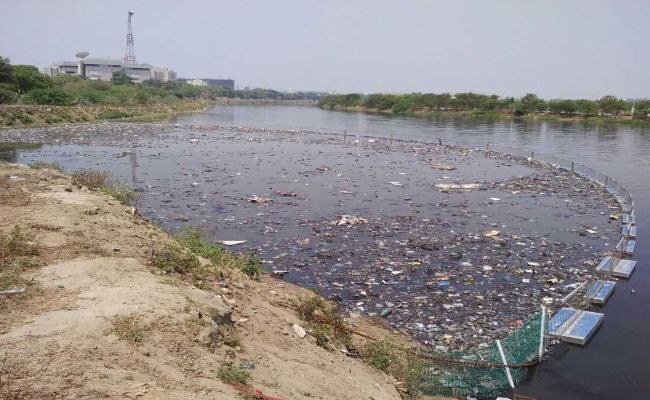 Explaining how the barrier is placed and how it collects all the trash, Mr Sekhar said,

The floating barrier deployed diagonally (not in perpendicular position) across the water stream stops the surface trash and weeds while allowing the water to pass through. Using the natural flow of the water, the diagonally placed barriers bring the surface trash to the river bank. As soon as the trash hits the barrier, it automatically slides downstream. From there, land based excavators and conveyors extract the collected trash.

Though the barrier works 24×7 for 365 days under all weather conditions, it cannot remove or extract dissolved pollutants from the water body. In case of hydro electric plant intakes, the trash is usually not removed from water body, but is only diverted away from intakes onto spillways using floating barrier. 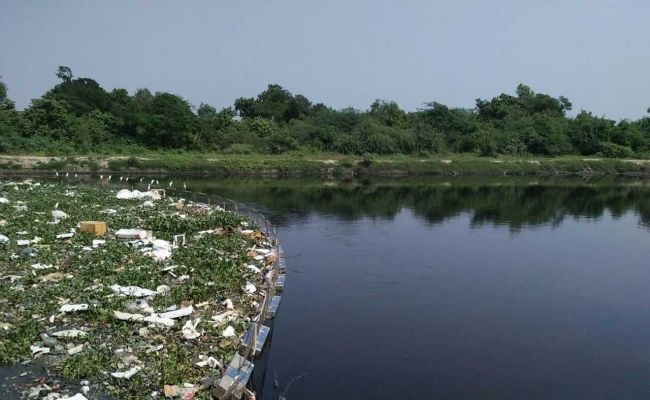 Currently deployed at eight locations in Cooum river, one floating barrier stops 30-35 tonnes of trash from entering the river every month

Explaining the investment, Mr Sekhar, an ex-merchant navy captain, said, the cost of floating barrier depends on the length of per barrier installed. One meter costs Rs. 12,850. In case of Cooum river, 85 lakhs were spent by the corporation to procure 600 meters of the floating barrier. It is far cheaper than the costs of the skimmer boats that are currently deployed to do the job.

As of today, the barriers have been tested only in Cooum river. From that installation, the team at AlphaMERS learned that though the barriers are to be deployed diagonally and not perpendicular, but when water flows in two directions, a smaller section needs to be put on the other side.

Talking about if these floating barriers can be scaled up to river like Ganga covering over 2000 km, Mr Sekhar said,

Definitely, it can be done. When you cover a river like Ganga, you need to consider the space to be left for boats to move freely. In Ganga, you will have to put it at river turning points. Also, tensile strength of the barriers need to be increased.

Taking a lesson from Chennai, Bengaluru corporation is planning to adopt these floating barriers to clean up one of the most polluted lakes of Bengaluru- Bellandur Lake.

Once few water bodies get cleaner, society will take note, flaunt the clean water bodies, take ownership of it and that will be a new era. Such solution will be in demand then, signs off Mr Sekhar. 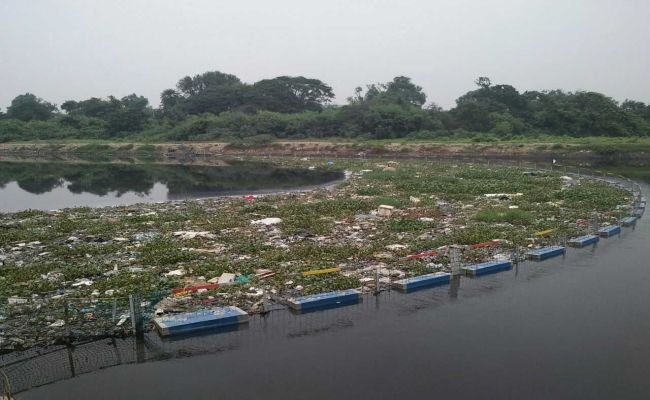 Bengaluru corporation plans to adopt these floating barriers to clean up one of the most polluted lakes of Bengaluru- Bellandur Lake.