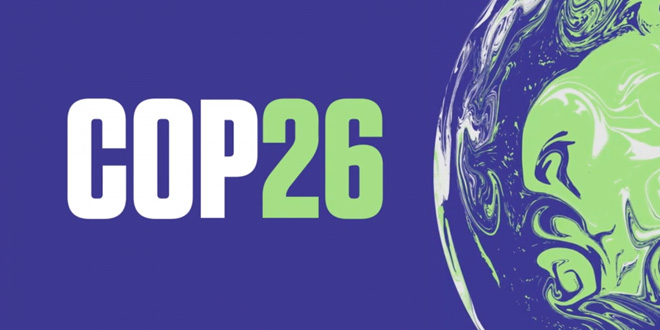 New Delhi: Leaders from over 180 nations have gathered together in the Scottish city of Glasgow, for COP26, the United Nations Climate Change Conference that experts are touting as the most important environmental summit in history. The conference, delayed by a year due to the global pandemic, was organised to check-in for the progress countries are making after entering the Paris Agreement, where countries pledged to limit global warming to well below 2 degrees Celsius.

Here’s what different world Leaders said in their address at the COP26 opening ceremony.

May God Save The Planet: Joe Biden, US President

US President Joe Biden told the COP26 climate summit that the massive response needed to stop the climate crisis should be seen as an opportunity for the world’s economies.

We’re standing at an inflection point in world history, Mr Biden said, describing the proliferation of wildfires, droughts and other climate-related disasters.

Climate change is already ravaging the world. It’s not hypothetical. It’s destroying people’s lives and livelihoods. Every day we delay, the cost of inaction increases, so let this be the moment when we answer history’s call, here in Glasgow. God bless you all and may God save the planet, he said in closing.

Humanity has long since run down the clock on climate change. It’s one minute to midnight on that Doomsday clock and we need to act now, British Prime Minister Boris Johnson told the opening ceremony.

He further said that if we don’t get serious about climate change today, it will be too late for our children to do so tomorrow.

The key for the next 15 days is for the biggest emitters, whose national strategies are not in line with our 1.5°C objectives, to raise their ambitions,” Emmanuel Macron, President of France said at the COP26 summit, adding that this is the only way to have strategies by 2030 that make the 1.5°C credible.

It is often those who can’t access the models of development that caused this climate change that are living through its first consequences. Small islands, vulnerable territories, indigenous people are the first victims of the consequences of climate disturbances.

Faced with what he described as “the second major objective” of this COP, the $100 billion to be invested per year until 2025, Mr Macron declared that France had increased its contribution to more than $7 billion per year and recalled the EU’s commitment to $25 billion per year.

We now understand this problem, we know how to stop the number rising, and put it in reverse. We must halve carbon emissions this decade. We must recapture billions of tonnes of carbon from the air. We must fix our sights on keeping 1.5 degrees within reach, he said

If, working apart, we are a force powerful enough to destabilise our planet, surely, working together, we are powerful enough to save it. In my lifetime, I have witnessed a terrible decline. In yours, you could and should witness a wonderful recovery. That desperate hope, ladies and gentlemen, delegates, excellencies, is why the world is looking to you – and why you are here.

The Eyes Of The World Are On Us: Ursula von der Leyen, President, European Commission

I know that all of us here at Cop26 want to be on the right side of history. And this is why I call on all of us to do whatever it takes, now, to limit global warming to 1.5C, Ms Von Der Leyen said at the COP26.

The EU will fully contribute to achieve our global goals on adaptation. With close to 27 billion dollar in 2020, Team Europe is already the largest provider of climate finance. Almost half of our finance is for adaptation or for both adaptation and mitigation. We have pledged an additional 5 billion dollars up to 2027 from the EU budget. And we will double our funding for biodiversity, especially in vulnerable countries, she added.