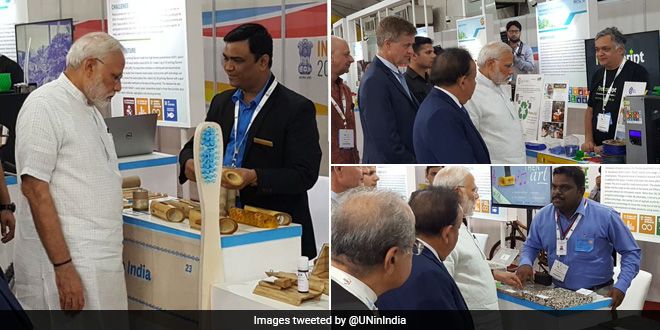 New Delhi: On the occasion of 45th World Environment Day, for which the theme is ‘Beat Plastic Pollution’, Prime Minister Narendra Modi addressed the nation on the need to protect the environment by shunning the use of single-use plastics. PM Modi’s address was part of the plenary session, which he chaired, culminating the five-day celebrations of World Environment Day. State environment ministers, representatives from the United Nations, and members from various industry bodies were among the various dignitaries attending the session. During the plenary session, PM Modi also released the ‘Single Use Plastics’ report by United Nations, along with commemorative stamps on the occasion of World Environment Day 2018.